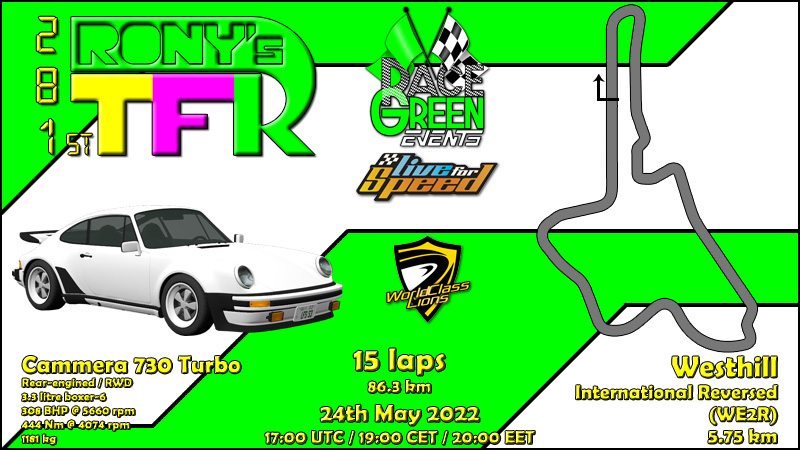 Event rating,standings and other statistics 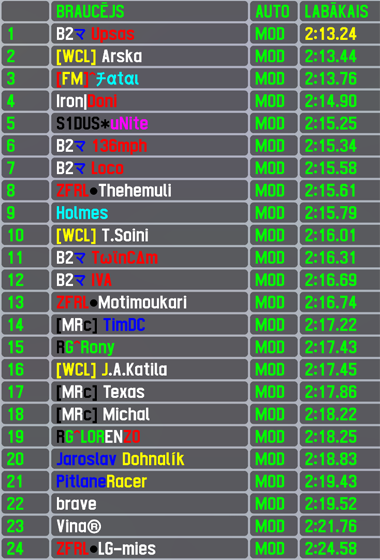 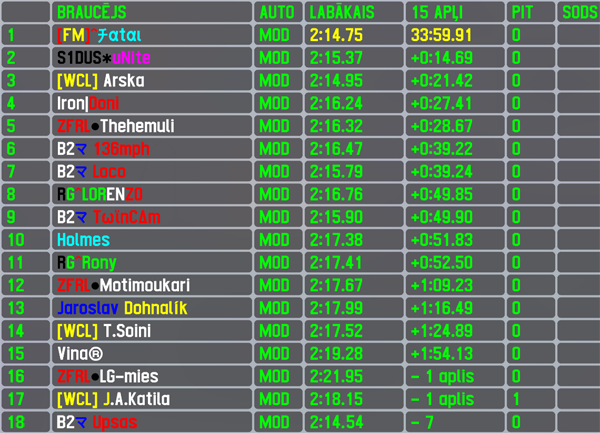 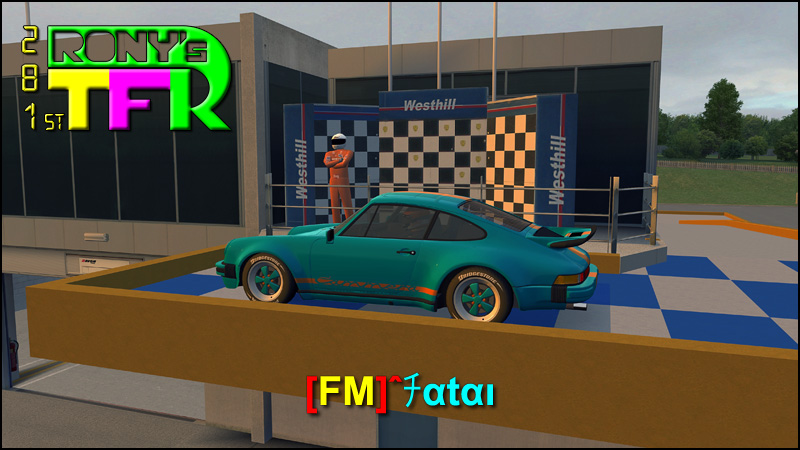 Race statistics / RTFR .mpr folder / Event rating and other statistics (will be updated later this week)

Brave never even tried to stay within track limits on the far side chicane,in most cases gaining advantage and occasionally even gainig a position.

* PENALTIES :
brave - receives a DISQUALIFICATION from race results for track limits violation in multiple cases,gaining advantage and positions,endangering other drivers with unsafe return on track. Future misconducts will lead to race ban.

The "offseason" race was hosted using a replica of a popular (and for some even cult status gained) historic sports car,which with it's rear engine/rear wheel drive layout caused plenty of troubles in terms of handling. As expected not many were up for this challenge as the fast Westhill International racetrack pushed the tyres of this car to the limits. The attendance of 24 drivers was the lowest value since the "offseason" event at the end of year 2020 (244th RTFR).


On lap 6 Fatal finally could find a way past troubled race leader and remained in race lead for 10 laps to cross the finish line first - that's the 1st RTFR racewin for the finn from 28 race starts,while he also scored his 1st fastest lap of the race and 11th top5 finish. Fatal is 2nd new racewinner in this year,76th overall in the RTFR Winners club. Unite finished 2nd almost quarter minute behind to score his 58th top5 finish,tying R.Kardol again for 3rd most top5 finishes. Leader of 4 race laps Arska finished 3rd as his hopes for 2nd racewin melted together with tyre thread,16th top5 finish in his account. To make the top5 single nation only,2 other finns followed the podium finishers - Doni was 4th rounding up his top5 count to 10,Thehemuli finished 5th,which is a 3rd repeat of his best finishing result.

Later today the server will be set up for laptime testing for next RTFR XL,which will feature the Red Cow car Formula RC11 at Aston Grand Touring - as always we need to find out best possible laptime for distance calculation. In 2 weeks the normal RTFR will return with one of the slick tyre cars - more details as always in the weekend before. On the sunday in less than 3 weeks RGE will host it's annual endurance race on the support roads of Westhill - the over 14 kilometers course will await drivers,who will have the torture of choice as there are a total of 42 different cars up for selection! More info and link to signups in the Race Green 300km of Westhill 2022 thread.