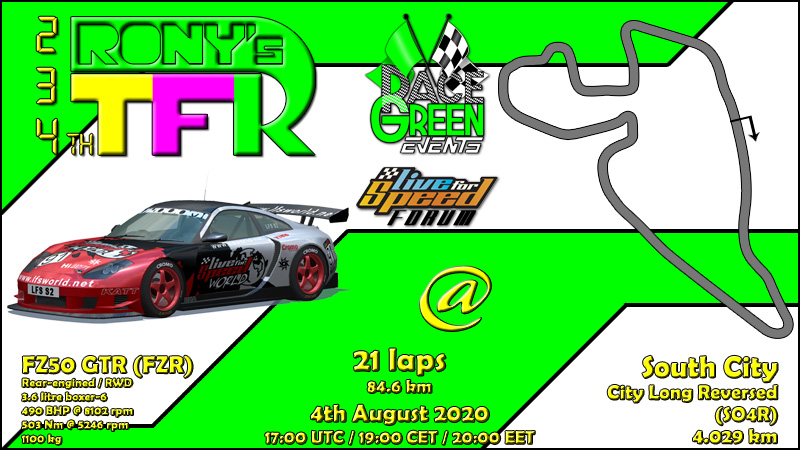 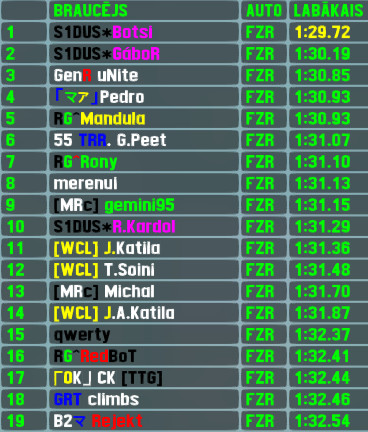 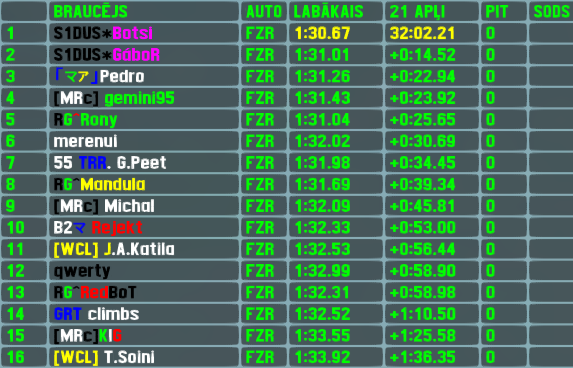 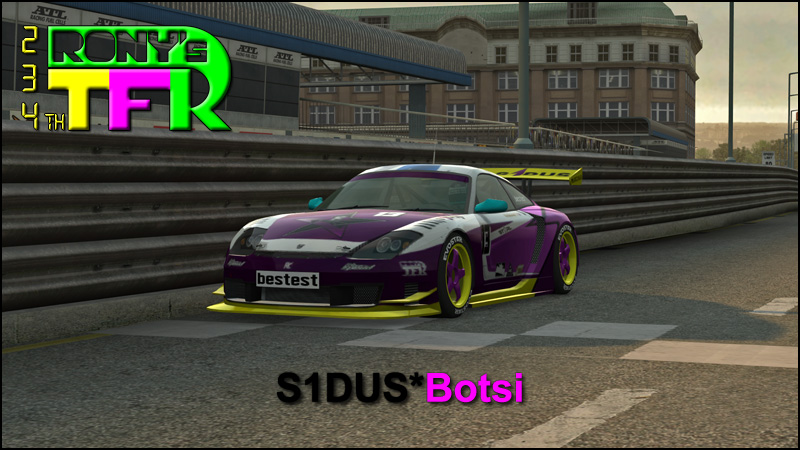 
After the small 2 weeks vacation Race Green Events returned with RTFR action - an urban rush hour at South City using the powerful GTR car FZR. The 4 kilometer circuit offered a series of challenging turns without much opportunities to relax - a total of 19 drivers tried the challenge at qualifying,only 17 accepted it and stood on the grid though.

After quiting his own 3 win streak by not attending,Botsi returned and continued where he left off - dominating events. Just like in previous 3 races he attended,he picked up a clean sweep by leading every single lap - it was Botsi's 27th race win,26th pole position,21st fastest lap of the race and 52nd top5 finish. His teammate Gábor was also rather unchallenged in his 2nd position - he lost the position in 1st lap as Unite passed him,but regained it due Unite's connection loss and kept it until finish with safe gap - 7th top5 finish earned. 3rd position was where the actual head to head racing for positions started - Pedro held off the closest followers and finished 3rd,which is his new best result of 3 top5 finishes. Gemini95 gained a total of 5 positions and finished 4th which is his best of 2 finishes here (previous one was 11th in last race) and Rony closed up the top5 by scoring his 83rd top5 finish.

Next week it's time for the extended RTFR version,where other GTR machine FXR will be run in Aston North (more details later this evening),but before that on sunday there will be the final rush for STARL champion title - however,series signups are already closed,so only points scorers so far can join the final round. And in tuesday in 2 weeks normal RTFR will return with some of the street cars.