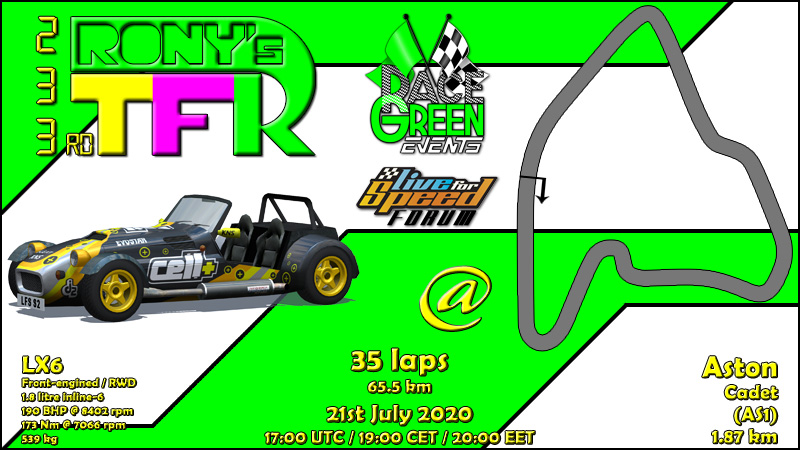 can you tell me if I must subscribe & where?
TFalke55 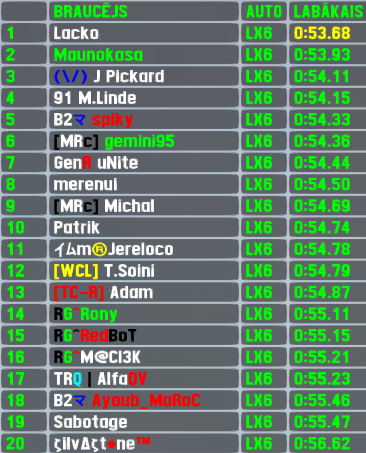 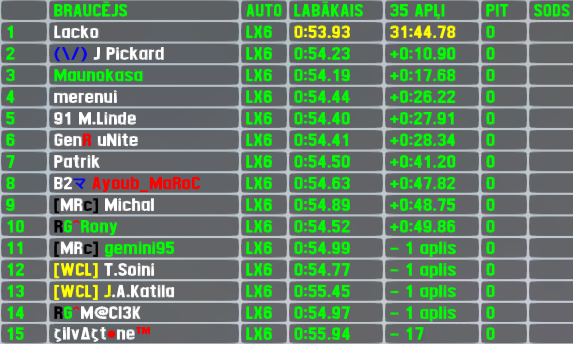 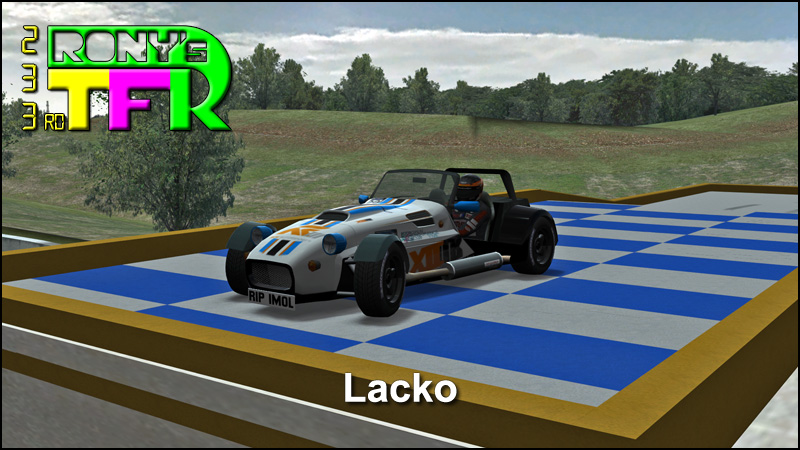 
A car fully equipped barely exceeding 600 kilograms was offered for racing this tuesday - the LX6 is always quite a challenge,especially when raced on relatively short,turn and elevation rich course. Not many were up for the challenge,some tried but decided not to start after qualifying,but rest had their share of intense racing. A total of 3 streaks came to an end today - Botsi's 3 win streak,R.Kardol's 2 LX6 win streak (none of them even tried to extend it) and Finland's 4 racewin streak.

Noone came close enough to challenge Lacko this tuesday - he set a convincing best laptime in qualifying (his 6th) and led every single meter of the race to score his 6th racewin,setting fastest lap of the race in progress,which is his 8th. This raises Lacko from 12th to 7th position in RTFR all time success ranking. After few tries J.Pickard found a way to 2nd position and kept it until finish line,scoring his 14th top5 finish. Maunokasa made a 1st appearance in RTFR and finished 3rd right away,allthough he lost a position between start and finish. Current rating leader Merenui finished 4th and scored his 45th top5 finish - this will put him back on 2020 standings lead again. Another previous race winner M.Linde closed up the top5 and scored his 11th entry in it.

Race Green Events is now taking a small summer vacation - our next event will be 2 weeks after this one - the 234th RTFR in 4th august using one of the slick tyre machines. In the same week in sunday STARL 2020 season will be finished at Rockingham,while 2 days later next RTFR XL is scheduled,which will be run at Aston's North configuration with FXR.