As Scawen mentioned for quite a while. Its not that easy to scan your Hardware in order to get an overview of his community hardware general specs.

Maybe this could give him an overview if LFS really needs this intensive optimization.

It's pretty low spec, but it gets by alright.
Be2K

the Poll is sorted by most voted

Can you even run TurboTax on such an old system?
[Audi TT]

I have the weak of the configuration, but I have enough for the Internet.

What kind of poll is this?
No 'integrated graphics' option?
No windows XP?

What a waste of time.
If you are trying to find if LFS needs intensive optimization, then you have to put poll options in that would need it!

Like if you were trying to find out how many gingers were on the forum, so your poll options are:

(btw LFS works quite OK on it in wine, but would need a wheel or mouse connected, it's impossible to drive on touchpad, not accurate enough, and gets too hot quickly

A new hardware survey is a good idea, but the options you put to the poll are somewhat odd. If I may suggest a few improvements, I'd go with:

GPU:
Option A: Radeon R7/R9, nVidia 800/900 series or equivalent
Option B: Radeon HD7000/8000, nVidia 600/700 series or equivalent
Option C: Any older AMD or nVidia dedicated GPU
Option D: Integrated GPU
The amount of VRAM or supported DirectX version say next to nothing about the card's actual performace. Moreover Mac or Linux users can't get such information without looking up the card's specs.

Can we add Windows ME
nacim

I'd have thought that multicore support would have been a target ummmm, 5 years ago.........

But, Occ Rift is designed for single core so that should clearly be the focus. 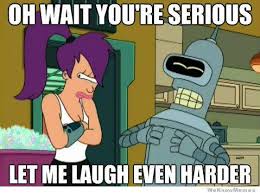 
Have had this setup for the past 7 years..still serves me very well!

..aaand my GPU doesn't support max. resolution that my monitor could display. How do I explain it?..uhm, it's like my GPU supports 1680x1050 or something, whilst the size of my monitor is ~ 1980x1080..forgive the way that I'm trying to explain it, my general knowledge about computers is rather poor


Well idk why but it runs slower than before im playing on cruise servers and my fps sometimes drop to 30 40fps. I used to have 100.0 fps all the time maybe ill need to tweak something.
Mike 78