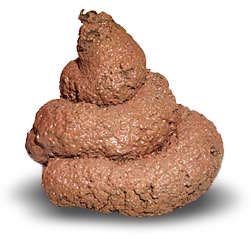 You guys should just check out this video. This sums it all up.

In west uganda, born n raised,
on the battlefield is where i spent most of my days.
Chillin' out, maxin'.reloadin' all cool
and taking some niglets out of their school

i whistled for a vehicle and when it came near
it was a school bus with a bunch of armed kids in the rear
if anything i could say this bus was rare
but i thought nah forget it , yo kids we're outta here

Thank you TV 2 for those replays.

Invisible Children, them wot made the vid.

Maybe the Chinese will use their influence in Africa to bring stability and end tribal warfare. Optimism is free so I'm not going to donate.
BlueFlame

If there's anyone giving money to this KONY2012 shit, then you really need a reality check. Think about where your money is going to, if there's multiple reasons why you should not be giving your money away this KONY2012 project ticks off all of them.

CHILDREN die everyday, no ammount of money will stop it. the whole world could give all it's money to Africa, there will still be kids dying from disease and hunger. In a way it's a combined form of arrogance and ignorance to believe you can make a difference with a less than billion figure input of money.

Also in relation to the video I find it kind of sick that he sits down infront of his son telling him the harsh reality of life for others at the age of 6 or w/e I just find it irresponsible. A child of 6 should not be thinking about others facing imminent danger and horrific violence in another continent, and the fact he makes money personally from the campaign just makes it even more sick.
Last edited by BlueFlame, Fri, 9 Mar 2012 08:28.
Becky Rose

Invisible Children do not give money to saving children. The only money they pump in to Africa - which is quite limited - goes in to funding the Ugandan army.

They claim this is because the Ugandan army is uniquely positioned to hunt Kony down.

Even though Kony isn't in Uganda, and hasn't even visited it for over half a decade.

Invisible Children - the group behind Kony 2012 - is a violence advocacy group, funding one African warlord in order to hunt down another.

There are many cases of rape and violence against civilians by the Ugandan army.

Most of their £8m/year budget however never even gets as far as Africa, it is spent on wine and dines with celebrities, film making, and "wages".
KiRmelius

The best one so far.
BlueFlame

Just goes to show that you can promote anything if the 'right/wrong' people get to watch it. So many people going around saying KONY2012 and they know nothing about it. Irony, cos where I put my money I make damn sure I know where it's going. Obviously the majority of people don't care.
jibber Hague tribunal searches for him since 2005. No big rush.

Uganda finds oil in their country.

Americans create tearful video about some "monster" and everyone cares/shares/retweets/ some shitty propaganda to have a reason to send troops to Uganda, who would kill/exploit/torture even more people and kids than Kony did himself.

They've been there for a while strangely enough.

"On Friday morning, a spokesperson from the state department said there are no plans to pull US military personnel out the region where Kony and his forces have done so much damage.
While millions of people across the world had not given much, if any, thought to Uganda or Joseph Kony and the Lord's Resistance Army before this week, Ugandans, human rights workers and certainly the US military have been interested in central Africa for decades.
Approximately 100 combat-equipped troops culled from US special operations forces were sent to central Africa in October of last year. President Obama, in a letter to Congress, wrote that the deployment was "in the national security and foreign policy interests of the United States."


"On Wednesday, Angelo Izama, an award-winning Ugandan journalist who specializes in security issues in central Africa, said the US is running a "multi-country intervention with a small number of troops" with a mission that isn't entirely humanitarian in nature.
Izama argues that there's a key natural resource component to the Uganda story that the Kony 2012 campaign has failed to address: in 2009, significant oil deposits were discovered near Uganda's border with DR Congo.
"For Uganda to exploit oil on that border region, it has to run a very large security operation," Izama explained. "If you're planning to be a competing influence in Africa, there are few places where you can have a real staging ground. Central Africa – particularly that area of Congo, Uganda and the Great Lakes region – that is where you ought to be operating."
"It's strategic in terms of its geography, and strategic in terms of its future economic opportunities," he added. "This US operation, in a sense, is really a down payment on the influence it intends to protect."
http://www.guardian.co.uk/worl ... ment-uganda?newsfeed=true


Still, it's clear the State Dept felt that some propoganda was called for, so I'd expect a major increase in US/Nata forces in the immediate future.
samjh

While Kony is a very nasty fellow (I've known about the LRA/Ugandan conflict from many years ago), those who are supporting or want to support, the KONY2012 campaign need to remember:

2. The Ugandan government also carries out murders, abductions, mass rapes, and similar atrocities as the LRA.

Social media is great... until millions of people become misled by a Sesame Street version of an extremely complex civil conflict.
FPVaaron 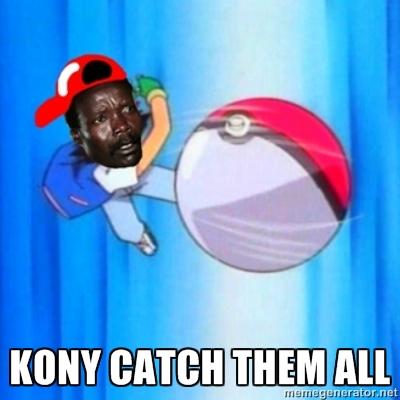 How would Hitler react to Kony 2012 ?
http://www.youtube.com/watch?v=CEQ9MtXGBGE Just realized what this is. I thought it was some sort of election campaign.
CSF