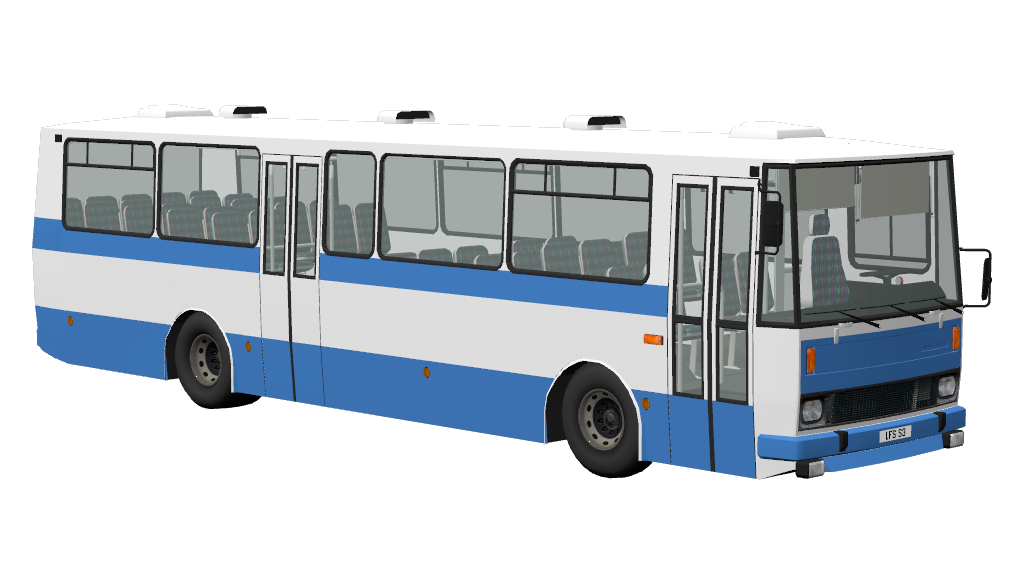 The infamous Czech boxy bus from the 80-90's
This bus is based on an old Czech intercity bus. 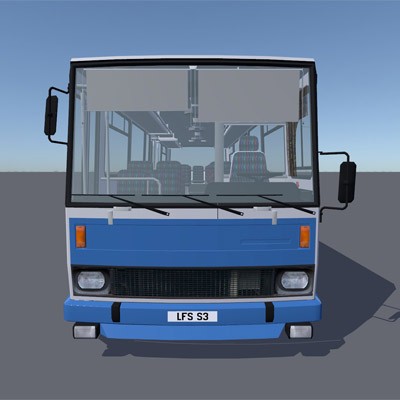 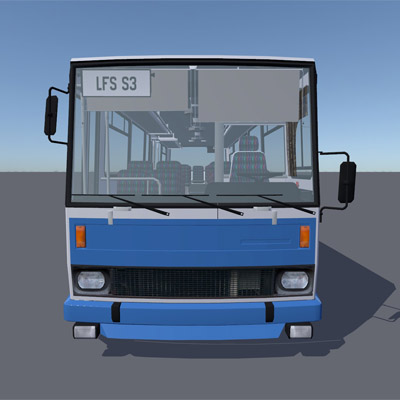 Base 3D model by Dadorius made for VBus simulator: https://vbus.webgarden.cz/rubriky/nieco-s-mojej-tvorby/karosa-c734

Based on and inspired by Karosa C 734.

So this is the intercity bus Karosa C 734.

I got a permission to use this 3D model for VBus and textures from the version for OMSI. The author of the OMSI mod sent me his original model too, which was more detailed, but sadly it has too many polygons and I couldn't reduce it enough to be useable. But I think even the less detailed version that I'm using looks decent.

I found original user manuals in PDF which had more than enough of technical specification of the drivetrain, suspension, gearbox etc. so I could implement it in the editor.

It was difficult to get the power/torque ratio right - in reality it should have about 742 Nm.
Regarding the front supension - one of the original authors sent me a great reference photo so I could align it in the editor as close as possible.

The engine and suspension should be pretty much done. I also updated the driver animation so it's aligned with the steering wheel. Now I've started texturing the exterior as well as the interior, which will take some time. The body is fully skinnable. 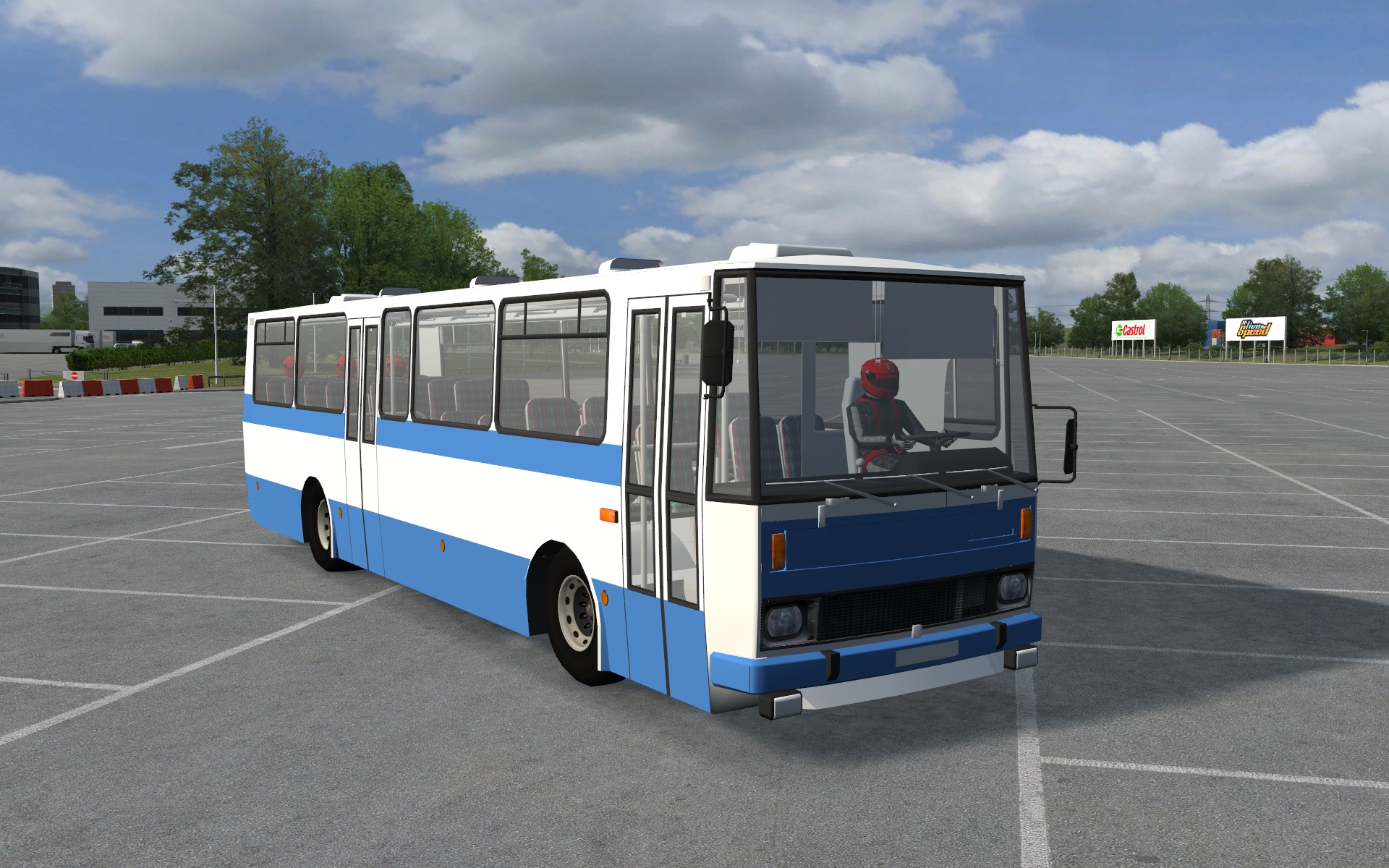 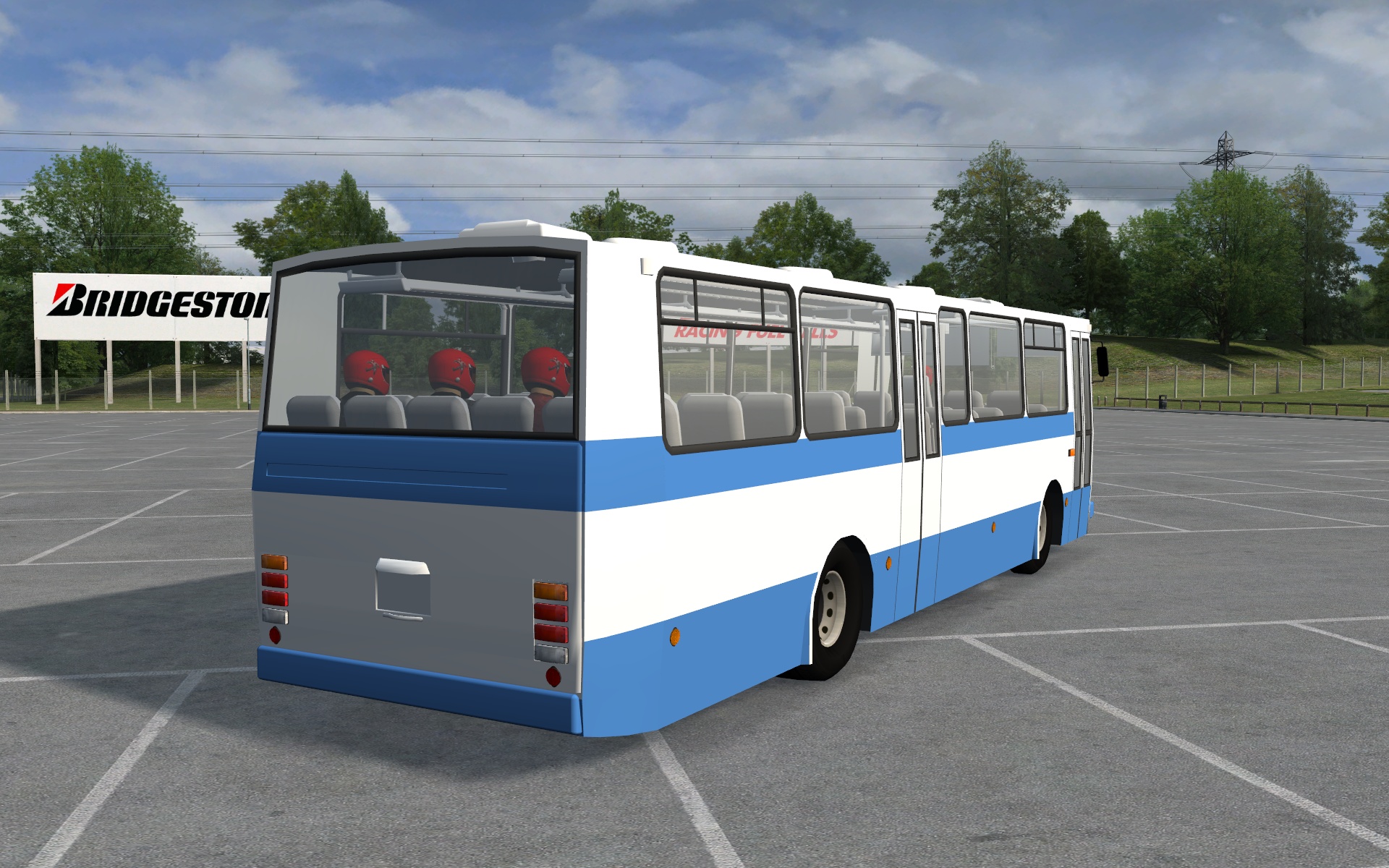 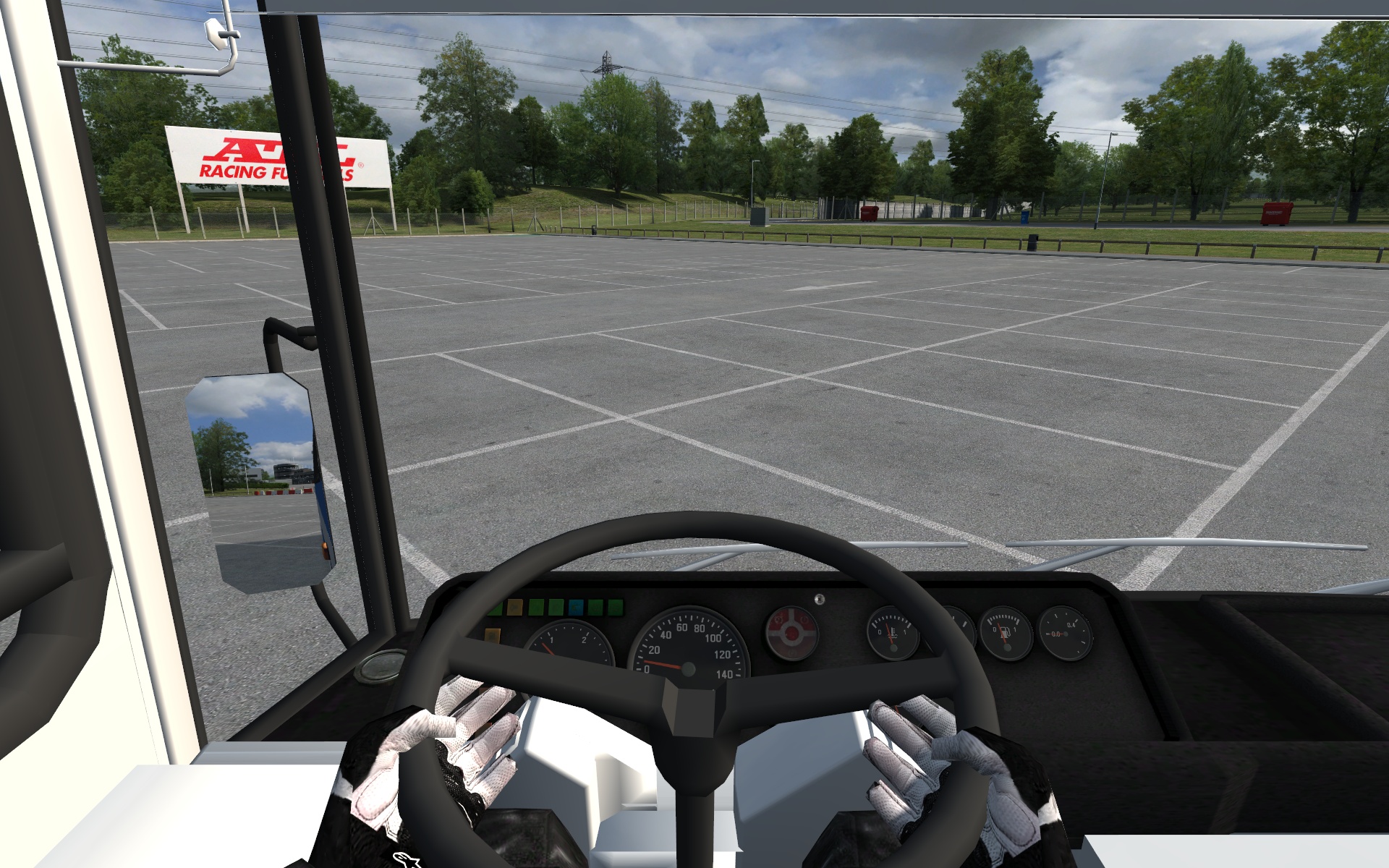 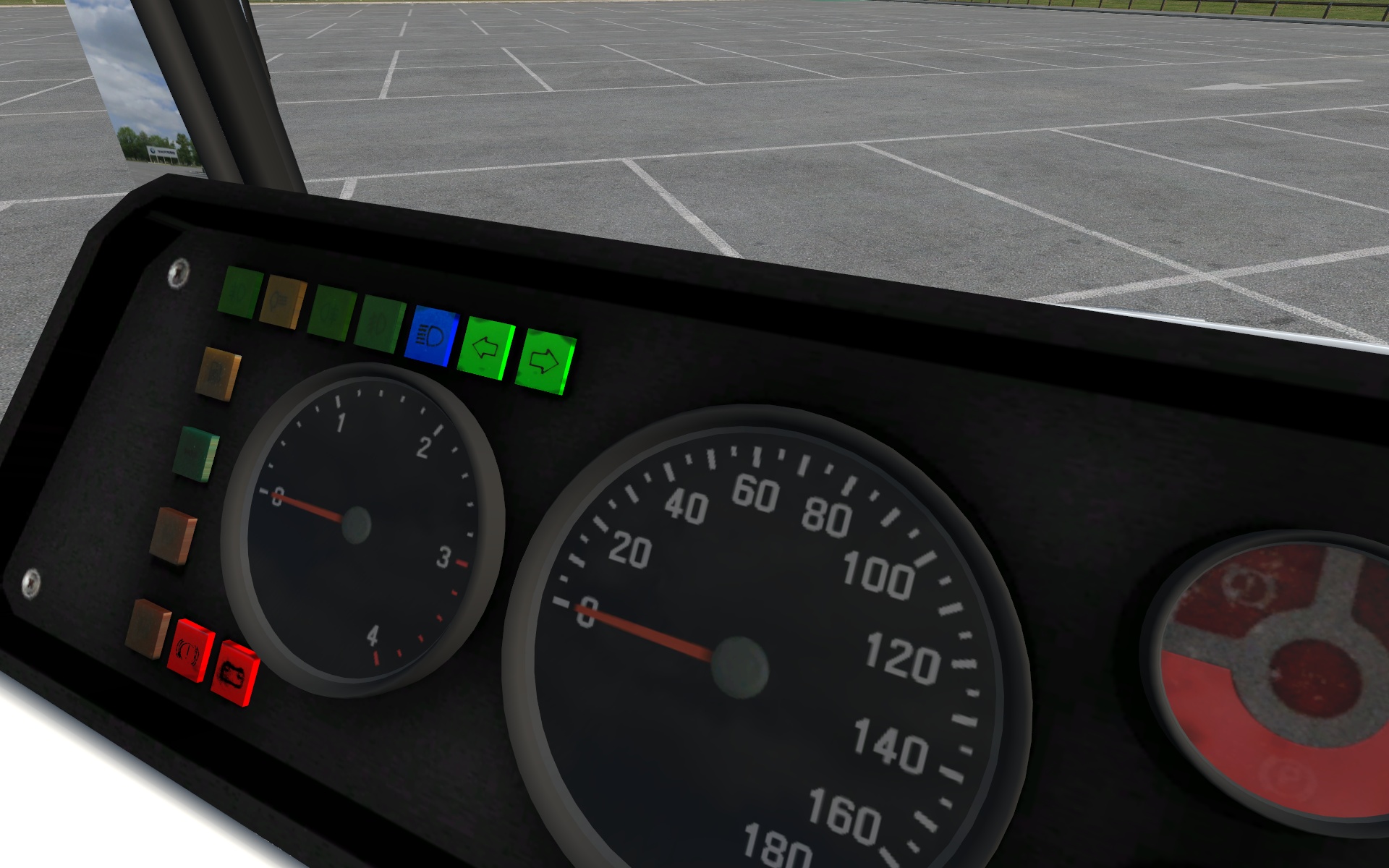 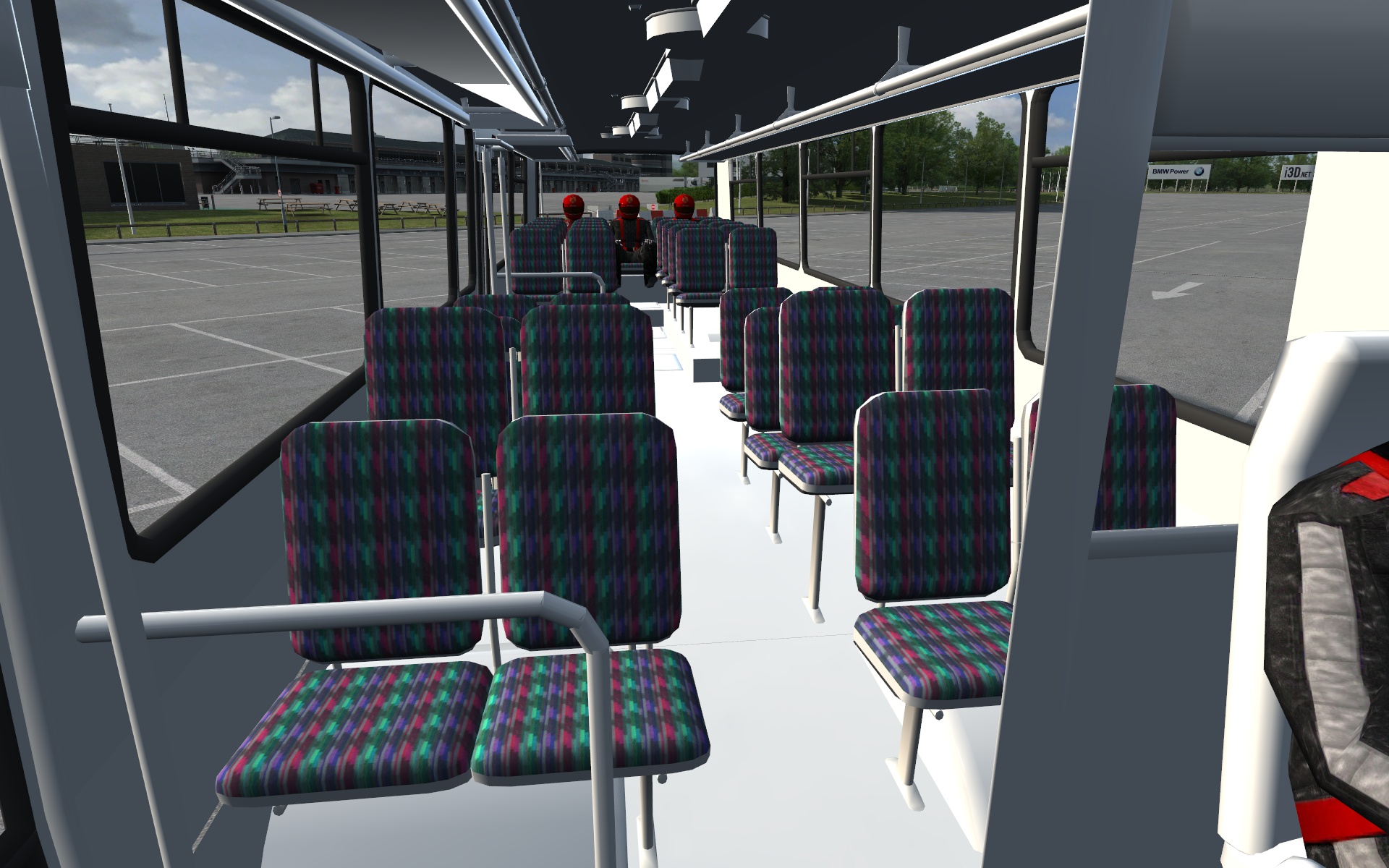 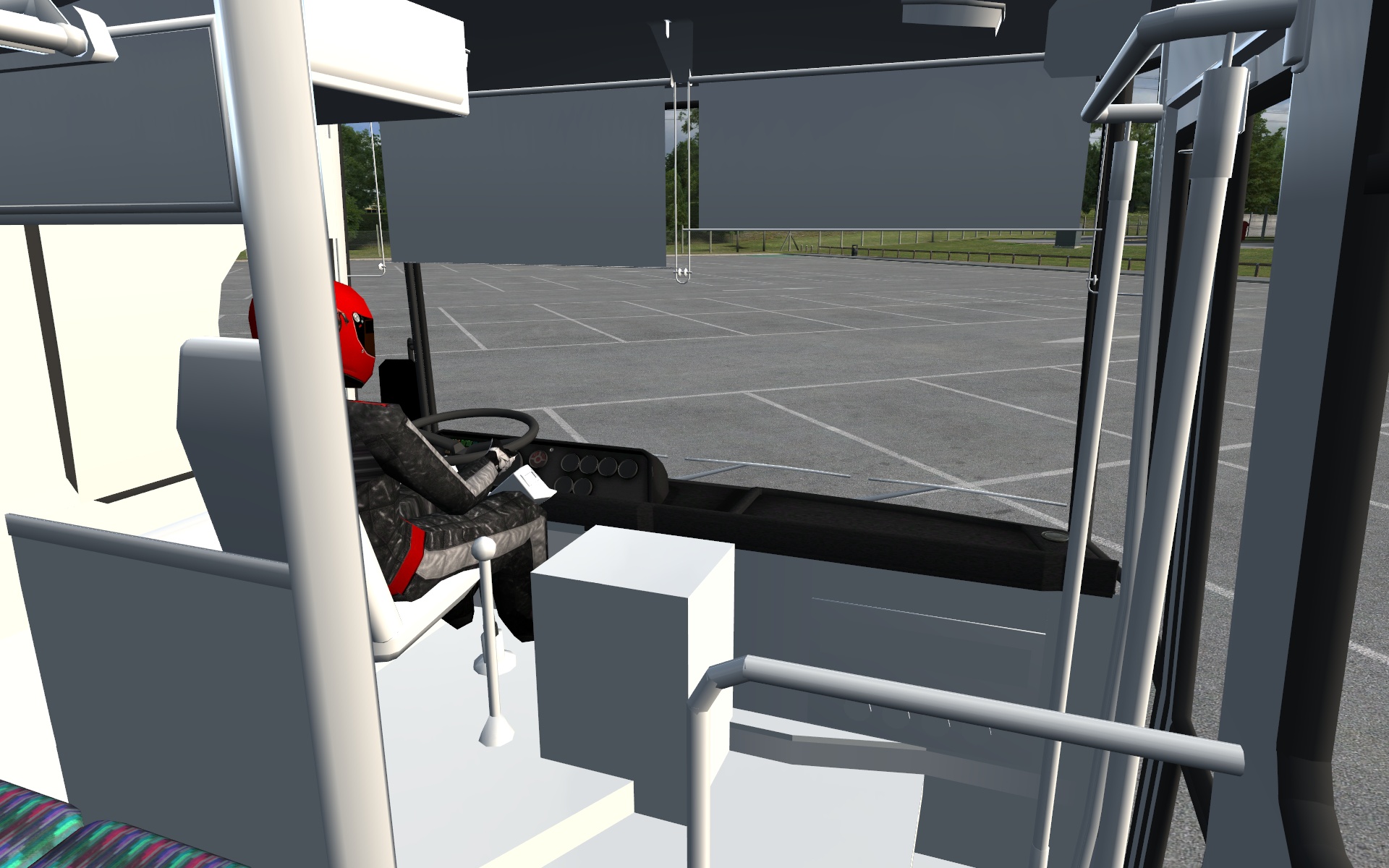 There are two configs:
- reglar numberplates
- numberplates behind windshield to act as a line name 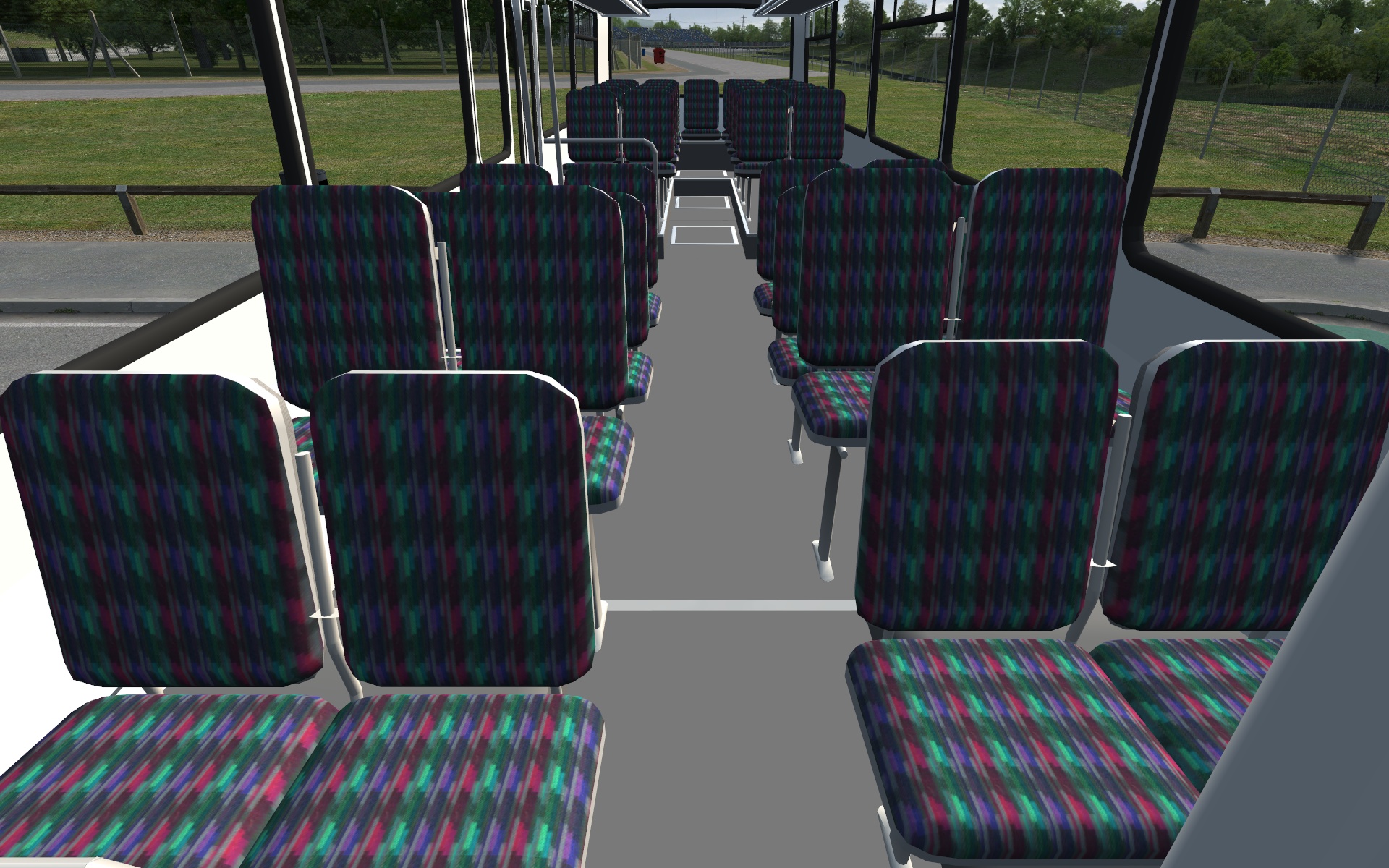 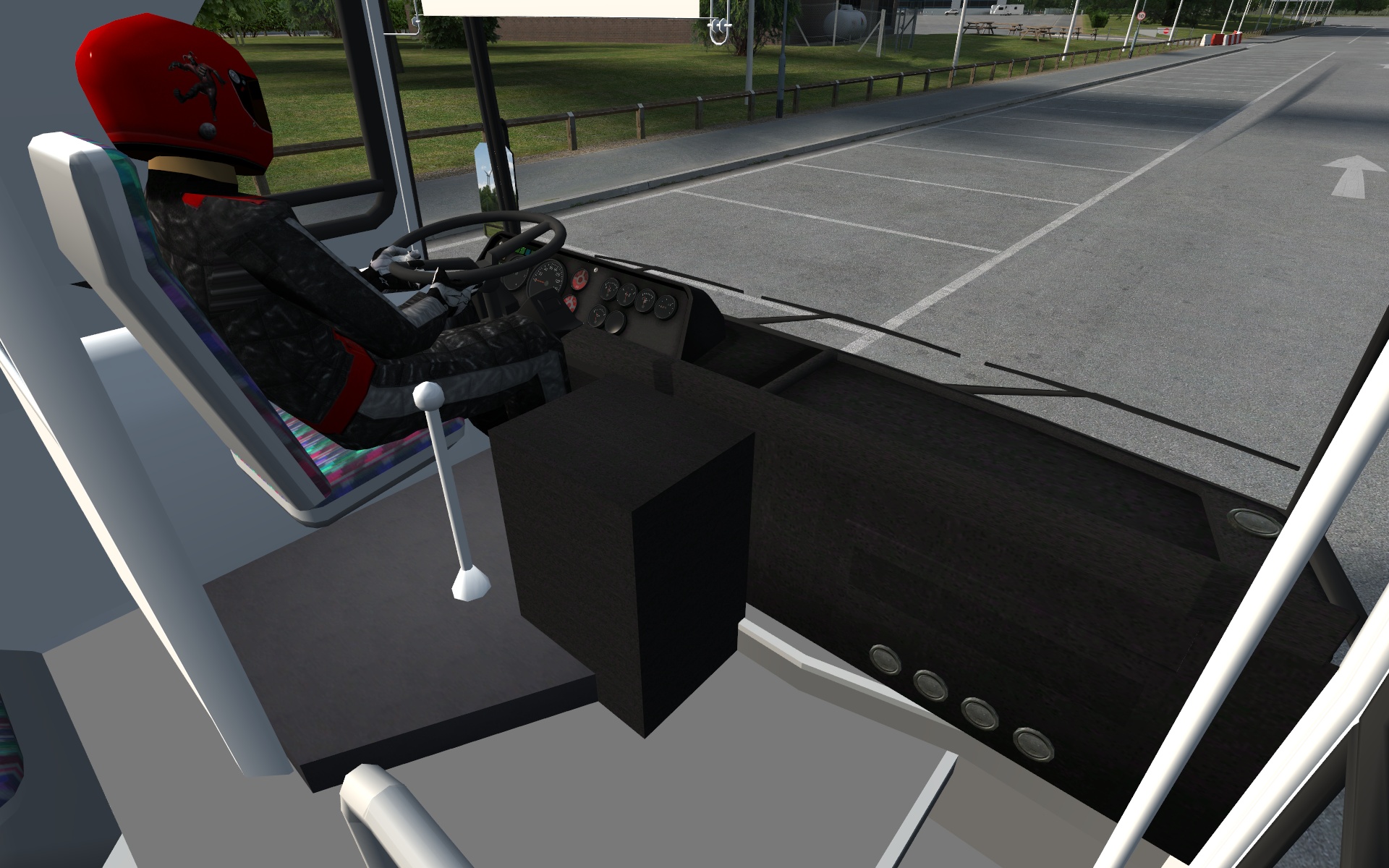 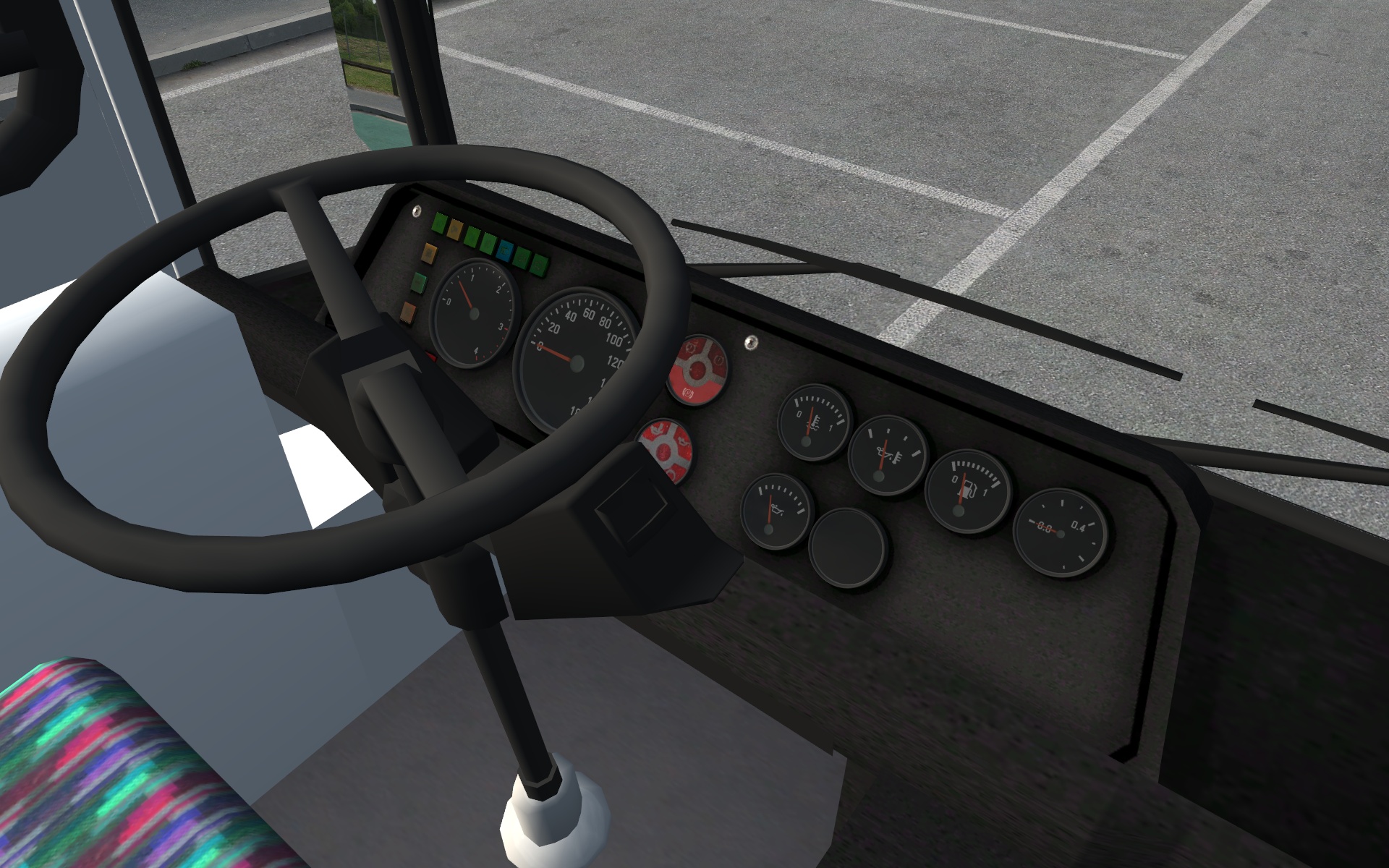 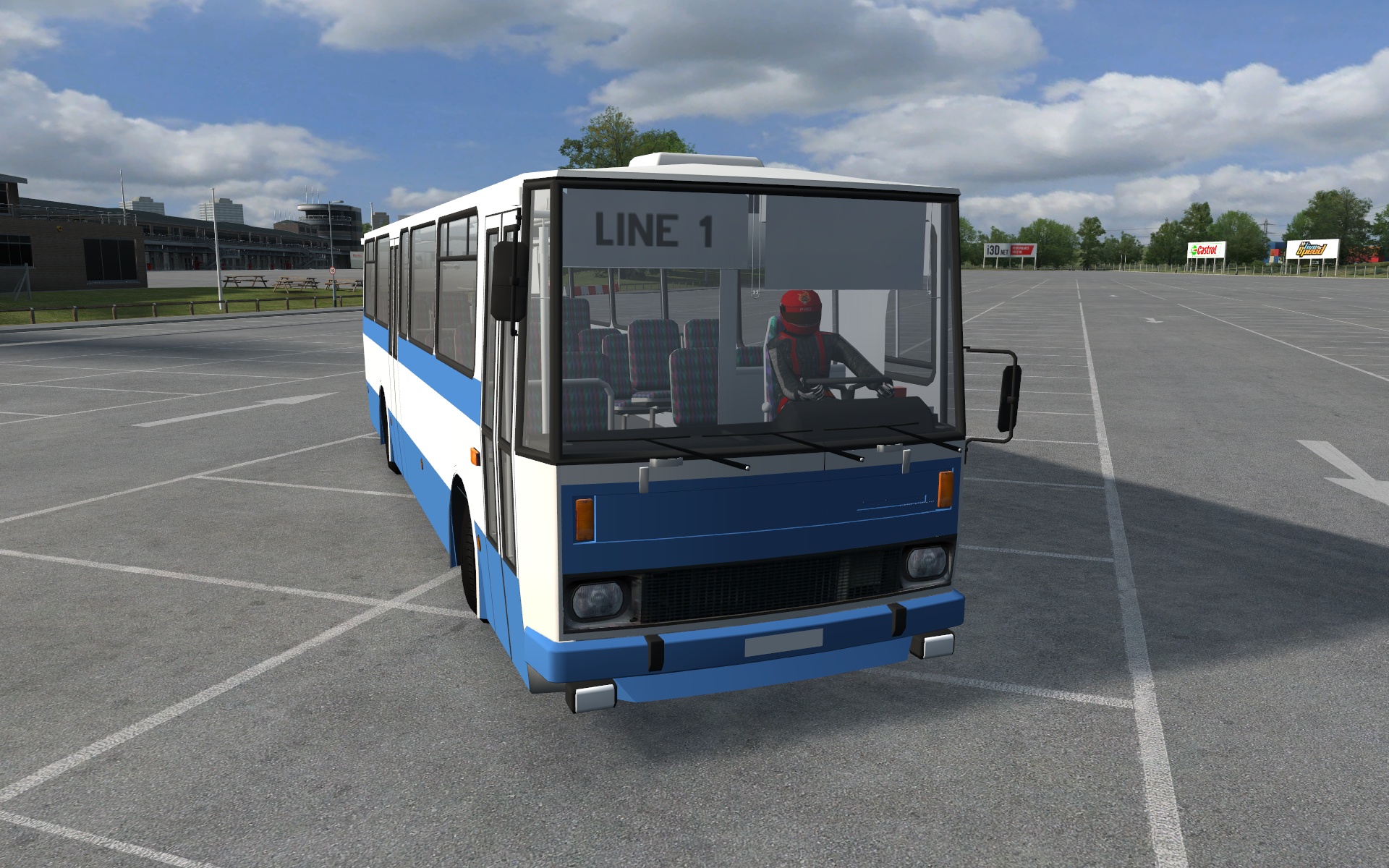 Only good looking bus for now. Thumbs up mate!
kagurazakayukari

Some time ago we had buses almost like this in my town! I hated them (probably because they were in very bad shape).

Edit: they were Ikarus, not Karosa. 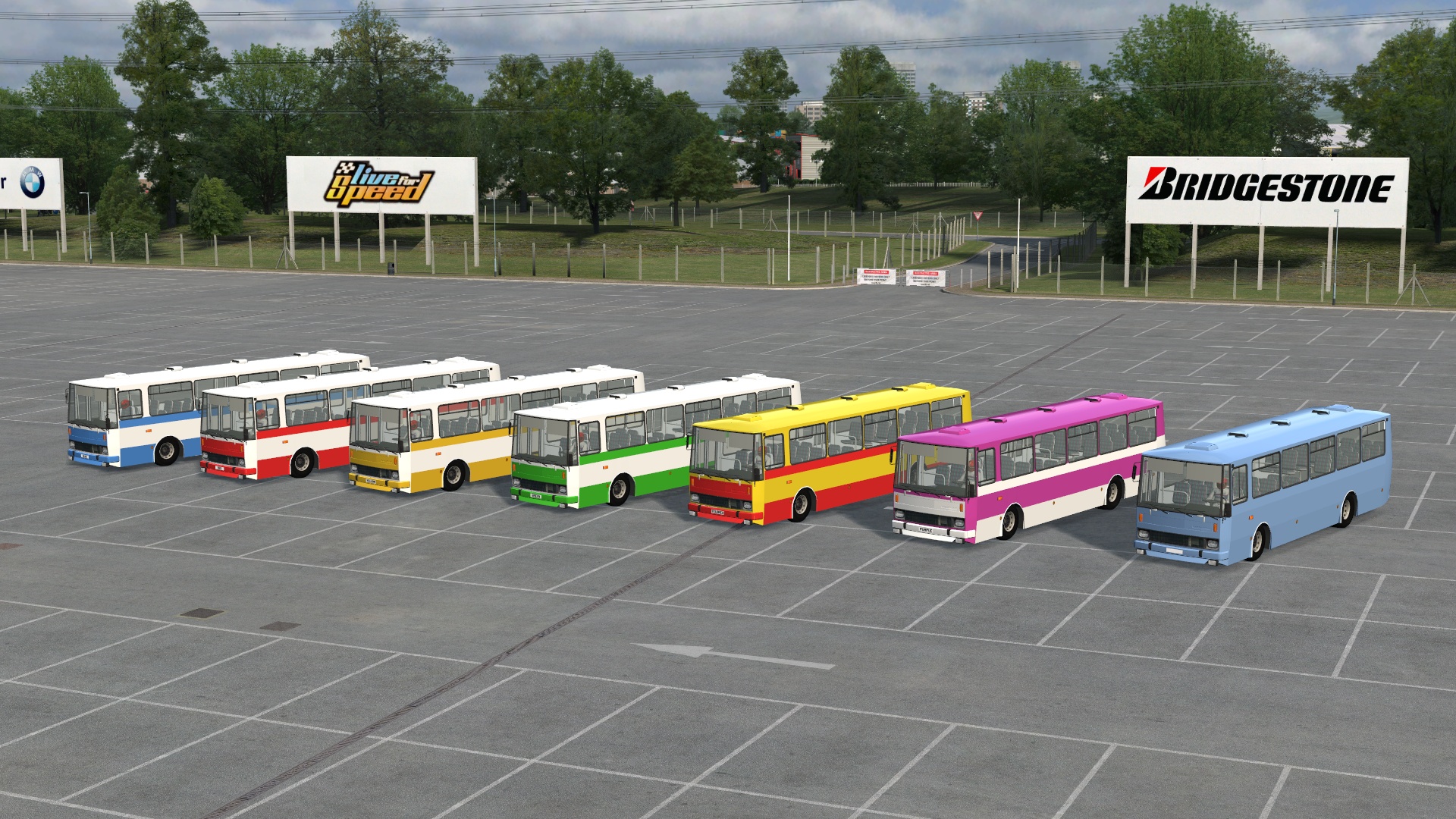 There are still parts that need texturing, especially in the interior, but it should be drveable. Enjoy!
dangdang

Nice! I remember taking these buses from school to home, but ours had a standing area in the back. I liked standing there and jumping when it rode over bumps.

Also articulated Ikaruses were fun to ride in the joint, watching everything move.
detail

Seems that there's no collision box, or it's very small: you can turn around a pillar and have the pillar between front and back wheels.
Nadeo4441

That brings back some memories

Joined : Mon, 25 Dec 2006 11:53
Posts : 1307
Online at :
PiranMOTODestructionDerby
This is a quirk of the way the box works, I think - detection is done between the centre of the vehicle and the nodes of the crash box. If there's no node in that side, stuff can 'get in' there undetected.

It happens with long vehicles as you turn a corner and the side comes in and hits something at the apex of the turn - nothing registers as a hit until the rear wheels touch it, and by then it's a big overlap with a lot of energy instead of a smaller scrape.

Torque should be coming in a bit lower in a 11.9L engine, and shouldn't rev more than 2500 rpms, i don't know the exact specs of this specific bus and the engine it's using, but i drive trucks IRL and that's usually the characteristics of engines this size.


I love the mod, and you did a great job!
Flame CZE

It's strange indeed. I've tried to tackle this by splitting the side collision box into multiple sections. It helps a bit in some situations.


But there are still some odd collisions, especially in the South City chicanes. It seems to happen with other buses too.

I couldn't get the power & torque just right, that's true, but this is the closest we could get

If someone could help me out with getting the curves right, feel free to contact me

the current engine values cannot move the bus on a slight slope.

I want to keep the LIAZ engine. The Reanult engine seems to have been on the C734.1345 variant which is not what my model is.

Edit: I just tested it and it seems too powerful

i recorded video with torque test. bus can start driving only if i push and release clutch manually

I based this loosely off this 11 liter engine, with less power for this application since the one here is more recent (90's) If the specs you provided are realistic, that means this engine was originally naturally aspirated because the max torque @ rpm is way too high for a turbo 11.9 liter engine. I made one based on the specs you provided as well. Try them, tweak them to your liking.

You are right, my original target specs were wrong - indeed it is from the NA variant, which didn't fit the LFS implementation which had turbo in mind

So I will have to change them.


I'm using the table at the bottom of the page as a reference now. I would like to go with the turbocharged variant, which could be this:

But to get those values, the turbo boost is too low

So I got this so far:

I got pretty close to the specs of the LIAZ ML 635 NA engine, depiste getting more torque. I think in that case we could think of a wear out engine with less power, to maybe match better the torque.

That is pretty good! Thanks

I think I will actually go for the original NA variant because the turbocharged one had the exhaust pipe tip in the rear bumper, which the model doesn't have. I think it should be better off going uphill now with more torque in the engine that you provided.
[OD]Jardim

turbo diesel engines usually run crazy high pressure, 2-3 bar on big rigs easily, however diesel engines and their operational characteristics are extremely different from gasoline engines and so far, our editor is too simple for these differences.

The good part about having to run super low boost when recreating a diesel engine in the editor is that the turbo will spool super-fast which is another characteristic of a diesel engine. Those fords will build 3 bar of boost in a blink of an eye. Turbo lag is nonexistent in large diesel engines, it's too small to be noticed.
Flame CZE

First of all, awesome work on imo the best bus in LFS history

Since LFS still has not been able to add virtual side mirrors in 18 years and indie developers make a game in a month with working side mirrors (motortown) I was hoping maby you could add or move right side mirror closer to center so you can drive the bus and be able to see your sides in turns. This would be really helpful and for big vehicles like this, sidemirrors are very important. Also this mirror mod could be a configuration in case some people dont want. but i think if you could add this, alot of people would be really happy with an even better bus

see my attatched image for ideas, thanks
Flame CZE

Unfortunately, having a side mirror inside the bus doesn't work - the mirrors come out black.
Flame CZE

I'm adding some details to the side panels - progress so far: 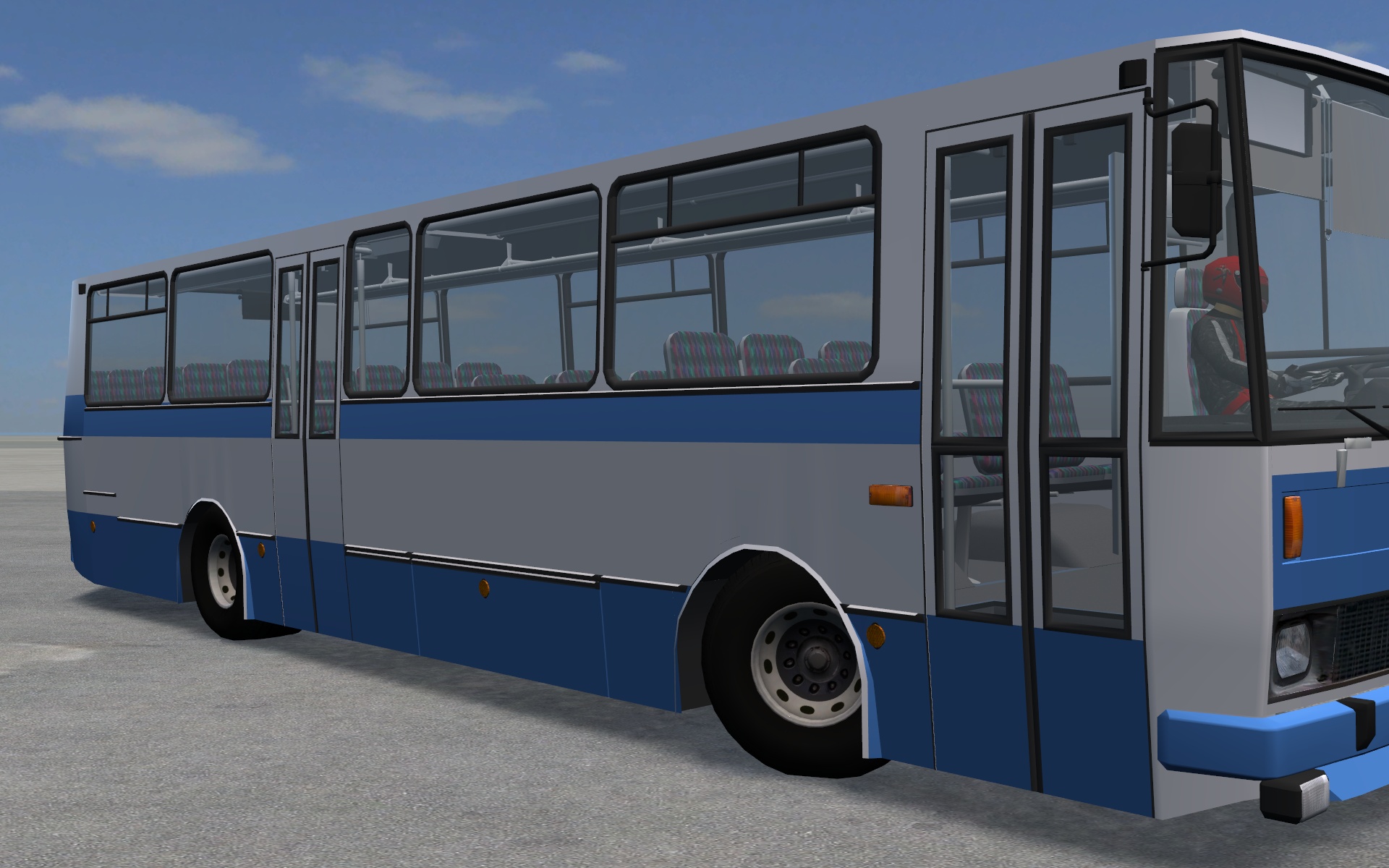 Do you think you could do rear view mirror on glass? (like OMSI mod Karosa C954E LUX shown below)
Also, are you gonna do something like textured destination plates to make use of the non used space on skin template? I know we talked about this, but not sure if you remember, or progressed. Either way, the Karobus looks cool now with the sidepanels you added! 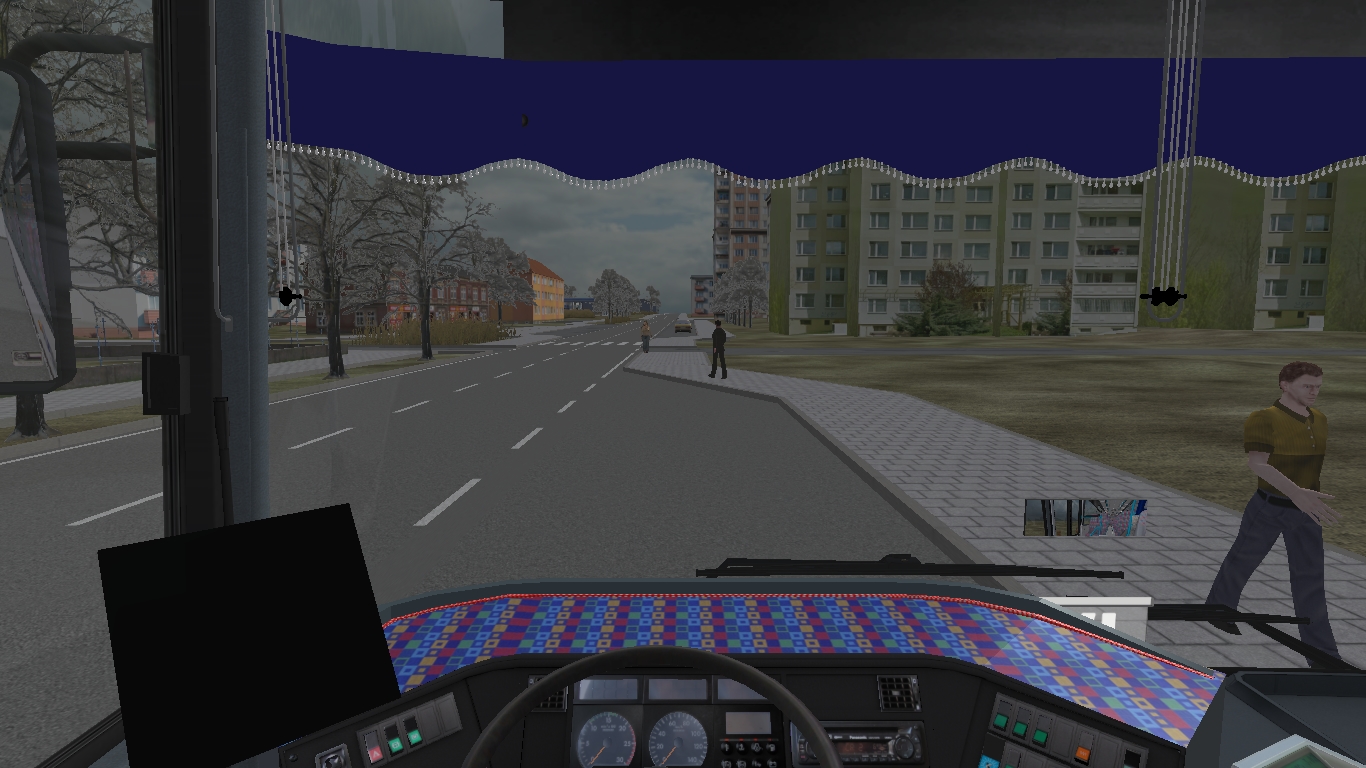 Hi, I haven’t worked on this mod for quite some time… I’m glad you like the side panel details. I’d like to get back to it at some point.

I can try the different mirror placement and see how it will look.