Since 2008 there was at least one league during summer using the fastest LFS driving aids free car - Formula V8. Unfortunatelly this tradition was ended by organizing body NDR,leaving a gap into LFS racing. In order to not leave this gap empty,Race Green Events steps in and launches new league - V8 Racing League (short - VERL)! 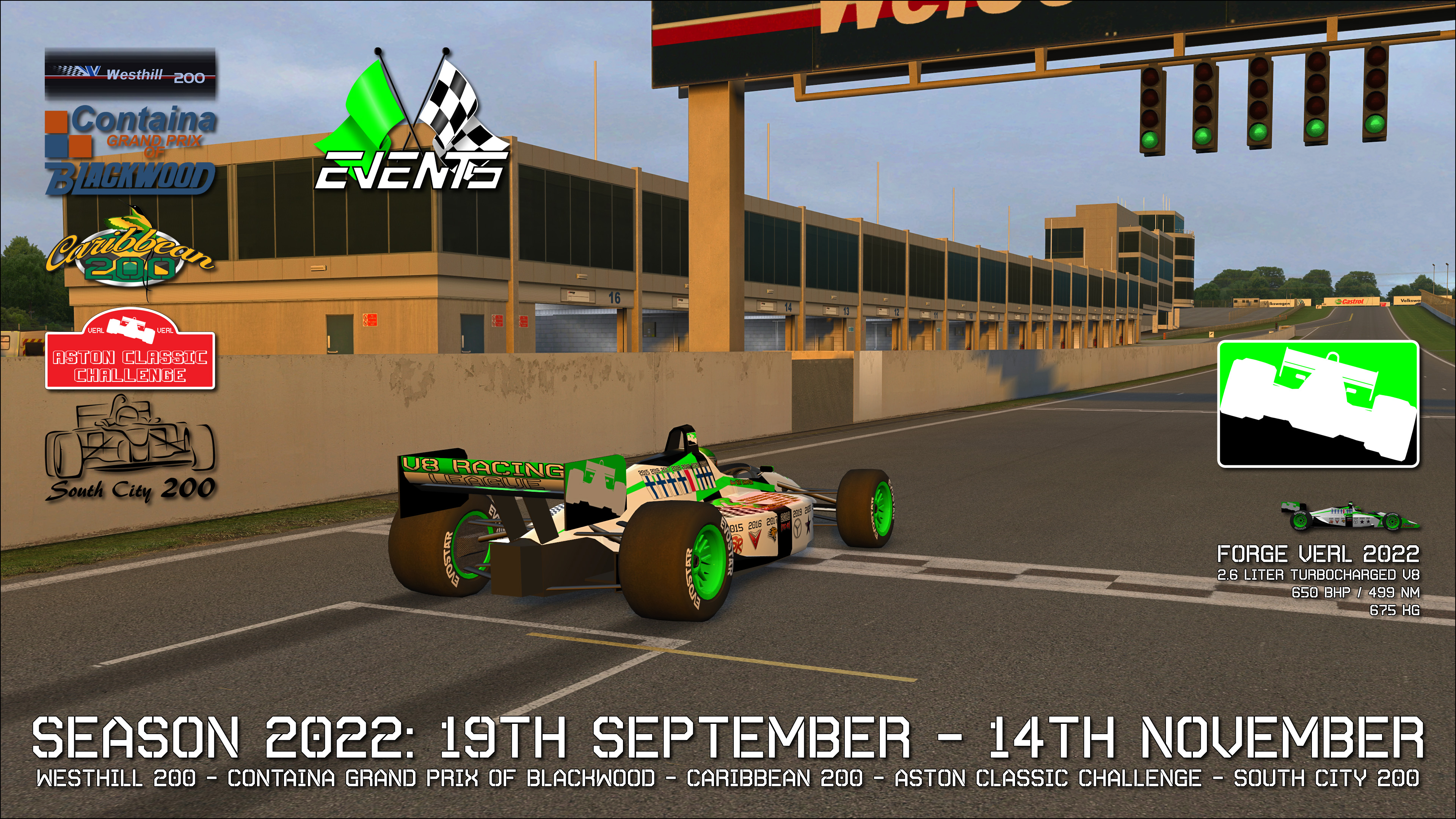 After 7 seasons of exciting racing,the good old Formula V8 made by ScaViEr has been retired and a new car has taken it's place in this series - with this the announced "turbo era" will start in V8 Racing League! When compared to FO8,the new car FoRGE VERL 2022 has most values increased - power has raised by 200 horsepower,but also the weight has been increased by 75 kilograms,to compensate the power and weight gain,also contact patch to the road has been increased as car got a set of wider tyres. There are also values that have been decreased - engine displacement,strength of aerodynamic downforce and fuel tank volume. The latter change will cause the need to visit pitstops as the new car can complete about 75-80% of race distance with full tank - pitstop however is not mandatory by ruling.

League race format is quite simple and hasn't been changed - every round features 20 minutes free track qualifying and race,where lapcount is set to minimum to exceed 200 kilometers. As always no "hardcore simulation" will be enforced to keep things simple - everyone can telepit in qualifying (also in race,but that of course erases the driver's race progress),also Safety/Pace car will not be used.

To spice up things and reward racers for their performance,Race Green Events will award small money prizes to best 3 drivers of the season - total prizepool consists of 70€,where the bigger half will go to the winner for his champagne!

The schedule features 2 fast tracks and 3 slower ones. Season will kick off with one of the faster ones - the Westhill International has always been a high-speed challenge,where drivers have to make compromises between top speed and cornering speed with their wings setup. Round 2 will bring the rough and bumpy temporary circuit layed out in Blackwood's container storage area - despite being slower in turns,the new car can still beat 1 minute laptime mark here. The middle round will be also the only tour outside England - the sunny island of Jamaica will receive the racers with the tricky Gold configuration in Fern Bay. Fourth round will be the festival of speed - Aston's National configuration does not feature many slow turns besides the 3 hairpins. Season finale is set in South City,where the 4km City Long configuration in reversed direction offer 2 high speed sections and a very tricky maze through the town - a proper challenging site to decide fate of championship!