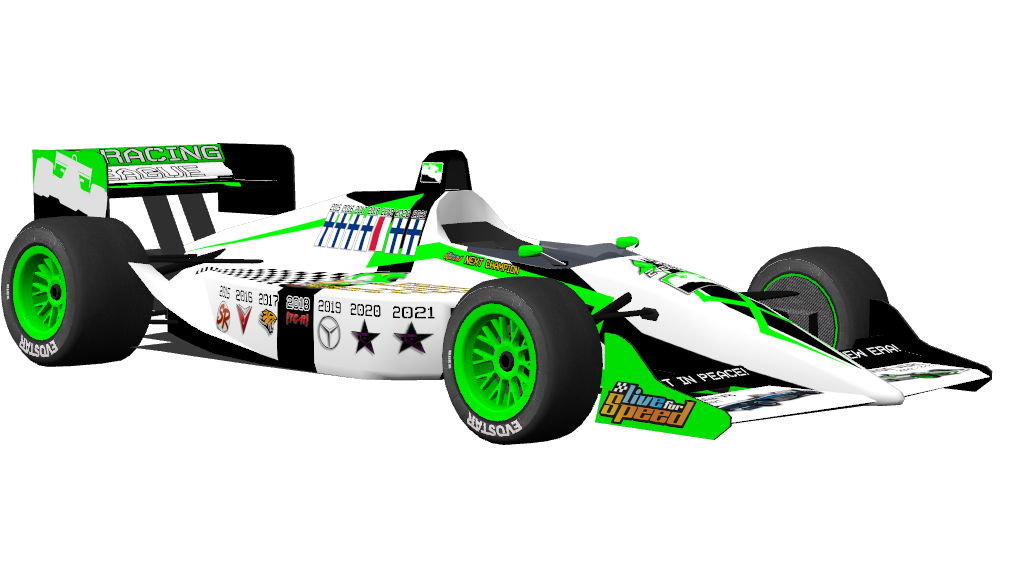 The new car for V8 Racing League to replace Formula V8
After 7 years running the Formula V8 car,VERL is ready to indroduce a brand new car as it is possible now. Highly influenced by early 90ies Indycar series,the wish was to have a similar car for the league,now with mods support it is possible - as at the end of 2021 season it was announced,VERL enters the turbo era! The car features a 650HP engine and rather simple aerodynamics to allow cars follow others slightly closer in turns,while the wider tyres will give a lot mechanical grip to catch any slides. This car should be a proper addition to Race Green Events organized leagues challenges.

This is a derivative of Formula US 93.

The changes from original mod include:
* Slight shape edits (higher sidepods,overroll bar) and removal of pop-off valve and front wing elements. Added brake calipers.
* Reduced engine power to 650HP to make it a bit more user friendly.
* Reduced weight to 675kg.
* Reduced fuel tank size to 70 liters so it's not possible to complete VERL race distance of 200km without pitting.
* Reduced aero strength and with it also drag.
* Changed rims design (made by nikodpr).
* Increased tyre width.
* Added proper LOD2 and LOD3,optimized skin mapping (with a lot of help by nikopdr)
* Updated sound (delivered by martin18)

License type : LFS Vehicle License
Mod based on : FORMULA US 93

As a derivative of Formula US 93 it still resembles design Lola T92/00 Indycar.