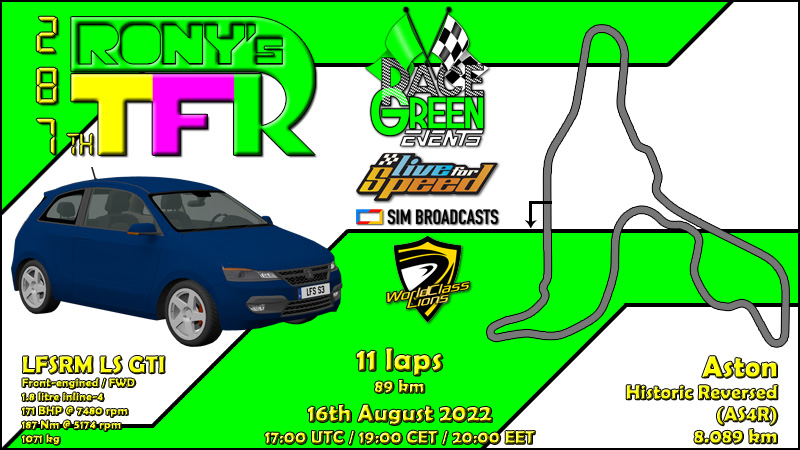 Event rating,standings and other statistics

Best shots from the race!
Eclipsed 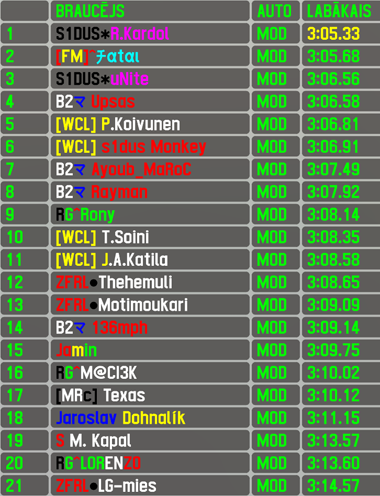 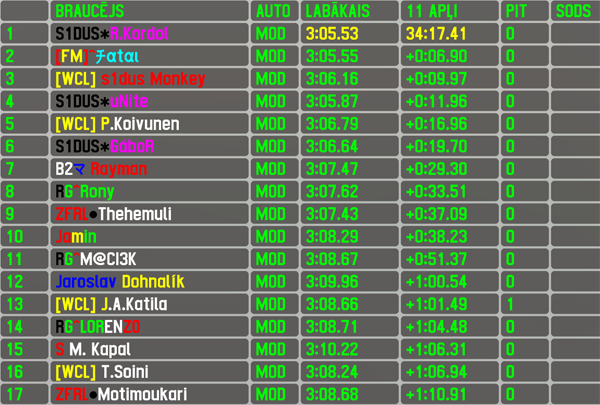 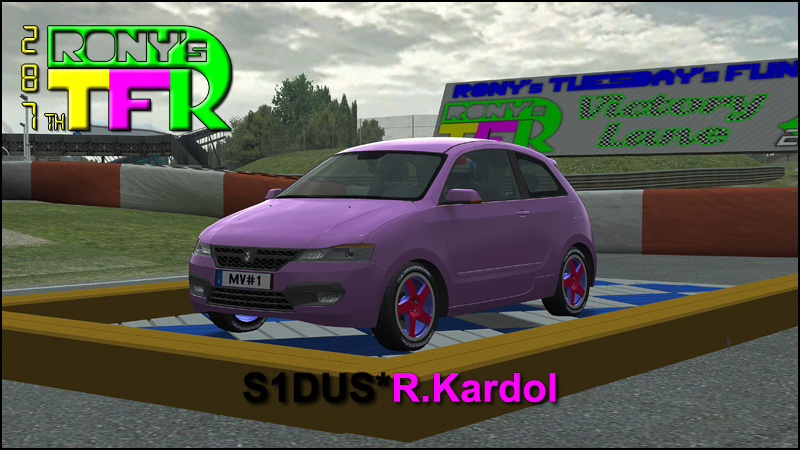 Race statistics / RTFR .mpr folder / Event rating and other statistics (will be updated later this week)


The 2nd points scoring season of this year was opened with with the 1st mod that's not based on a real car - for the 1st time RTFR was run using a community member's created fantasy car,that is something between STD and TBO classes well known by LFS users. Also the track was something never used before in RTFR - Aston's fastest long configuration Historic in reversed direction. So after close to 300 races during over 11 years we still can find plenty of firsts. Unfortunatelly the attendance reached also a record - with 21 qualifyers (19 starters) this was the lowest attendance in a livestreamed normal RTFR race (the 66th RTFR XL in june this year had 3 starters less on grid). But again - the slightly lower numbers did not bring any boredom for the racing action!

The 2021 standings winner R.Kardol reduced his activity in past couple of months,but yesterday he came back to the victory lane again after 13 events featuring other drivers - after a little 1st lap struggle for the lead,the dutchman pulled away from competition during the remaining 10 laps and scored his 13th RTFR race win,breaking the tie for 3rd most wins he had with A.Wiśniewski. He also scored his 11th pole position,10th fastest lap of the race and 60th top5 finish from 80 race starts. The 2nd front row starter Fatal was the one who tried to challenge the winner,but after own mistake he lost the grip on lead and had to go through few battles before returning to 2nd position,which he kept until end of the race - that's his 15th top5 finish from 30 total finishes. The World Class Monkey finished 3rd,also scoring the 15th top5 finish,relativelly closely followed by Unite in 4th position - that's his 62nd top5 finish,just 3 less than all time 2nd most,set by Botsi. P.Koivunen finished 5th to make 4 finns in top5,that's his 2nd top5 finish in row,3rd in total.


The season 2 continues in 2 weeks,curious people might already noticed the combo in stream,others have to wait for full info in the weekend before it. One more week later the next RTFR XL will feature a very challenging combo - the info is known and will be set for laptime testing shortly in RTFR server. Tuesday of next week currently is open,but again we reserve the right to throw together spontaniously another edition of RTFR-CCCC.