I just have an idea for mod (Nissan 400z) and I will be streaming live in that weekend whole process of creation of that mod, from finding references and 3d modeling in blender to uploading on site.

if you are interested here is my channel where I will be streaming - https://www.youtube.com/c/AlexeyDesign
I will start streaming on Saturday afternoon. 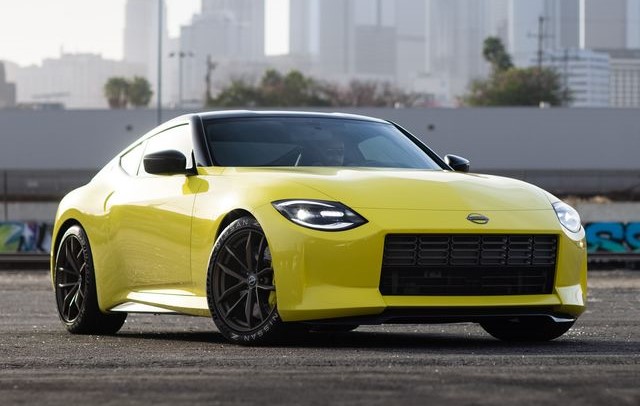 Wow that will be educational
superlame

Nice! I will come, tell approximately time when will you stream and time zone.
Aleksandr_124rus

After half hour I probably start a stream
Aleksandr_124rus

In live on https://youtu.be/r9OlMRSh4nA
Creating Nissan 400Z for mod in LFS
superlame

I can't pm you on forum so I'm writing here.. We can't chat because the stream is on "Youtube Kids" mode. Also we are seeing only part of the screen. Make it fullscreen on OBS
Araiguma

Perhaps some of you saw how during the stream they sent me information that someone had already done 400z in LFS, https://youtu.be/op7-AUOf2G4?t=521, probably that screenshot from testing it, and apparently, it will soon be uploaded to LFS. After that, to be honest, I was upset, because all this time I had an idea to make the entire line of popular Z-series cars, 240z 350z 370z 400z, and not only did Fairlady Z first appear in LFS, but right during the stream where I creating 400Z I found out about 400Z already exist in LFS... to be honest, that is frustrating, and after that I lose desire to do it...

I do not know if I will continue this mod, most likely it depends on whether it appears in the LFS or not.
Aleksandr_124rus

I decided to continue the mod, Floppy 400Z as I understand will not be uploaded in LFS.
Live stream - https://youtu.be/xZnfZ15jwL0
Aleksandr_124rus

I started modeling again from the beginning, streams are still on my YouTube channel almost every day.

One of the viewers suggested a new way to modeling through imagemodeller program. You load photos of the car into the program, create there tracking points to conspicuous places on the car, usually, these are the corners of the gaps, after 8-14 points calibration of the cameras is possible, You need 40-50 points to be accurate result, after which it can be exported to a blender and with high accuracy. Export In the fbx file, there configured cameras and point cloud are exported as empty objects. That saves a lot of time and make it much easier to modeling. 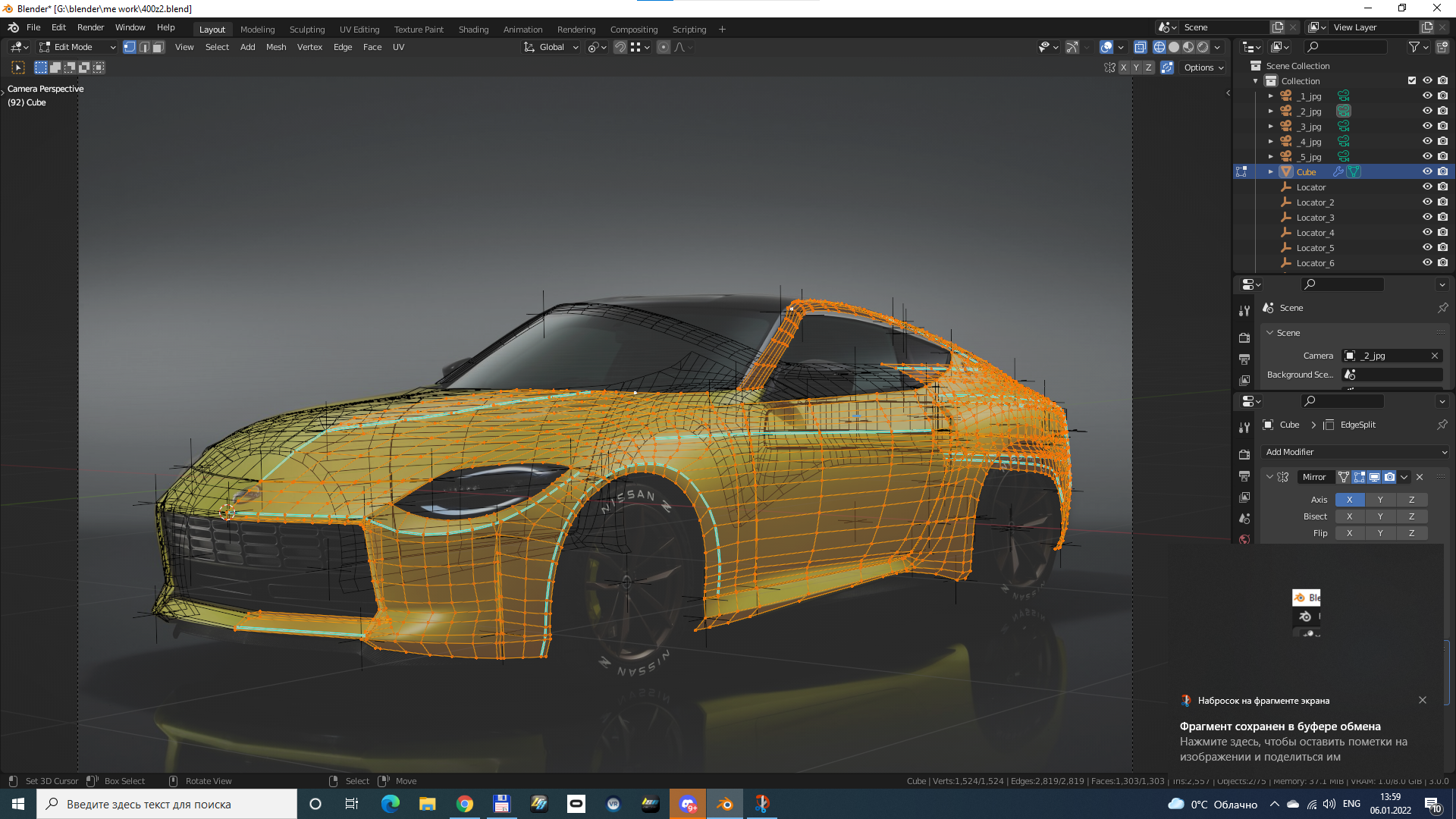 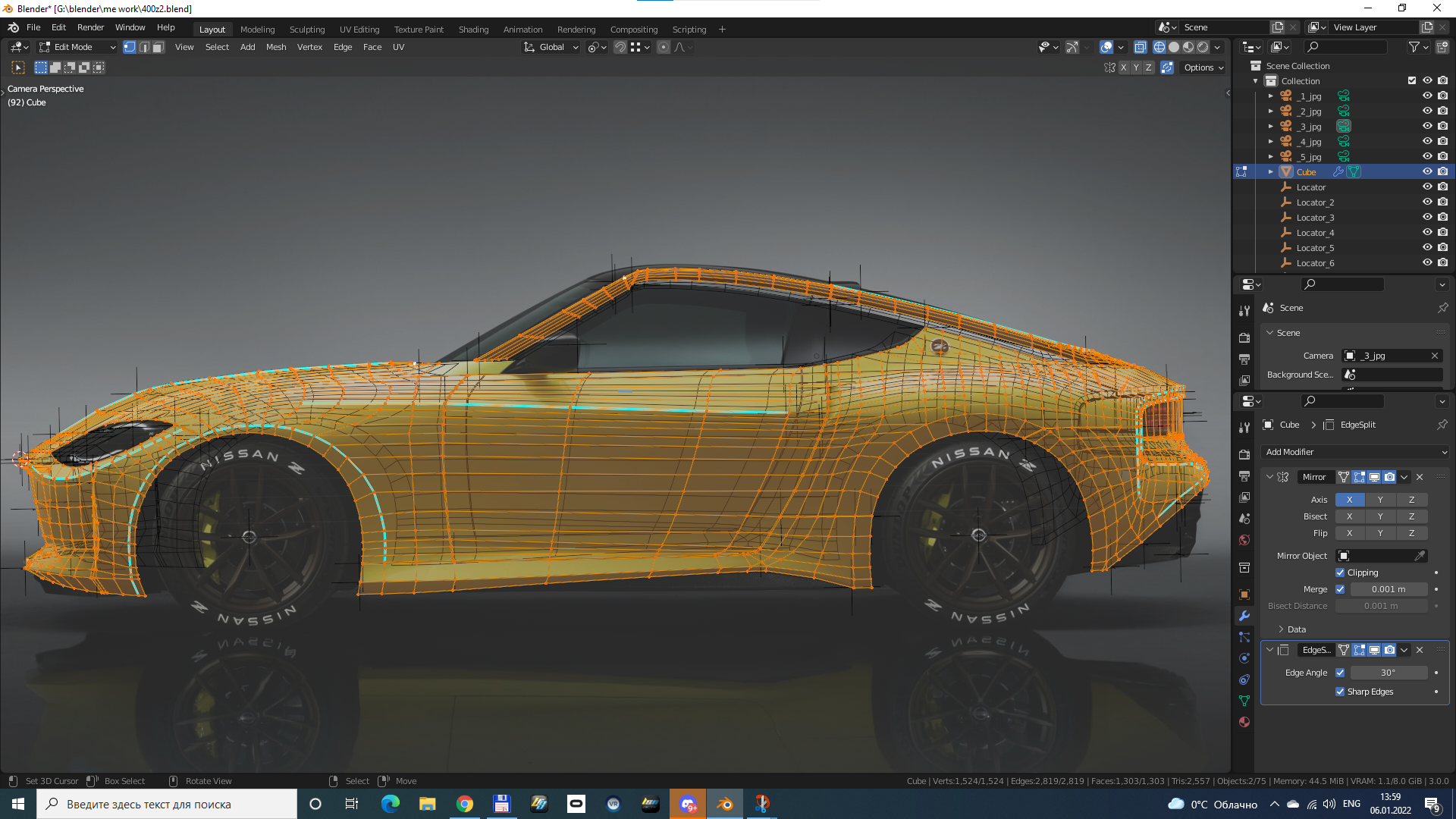 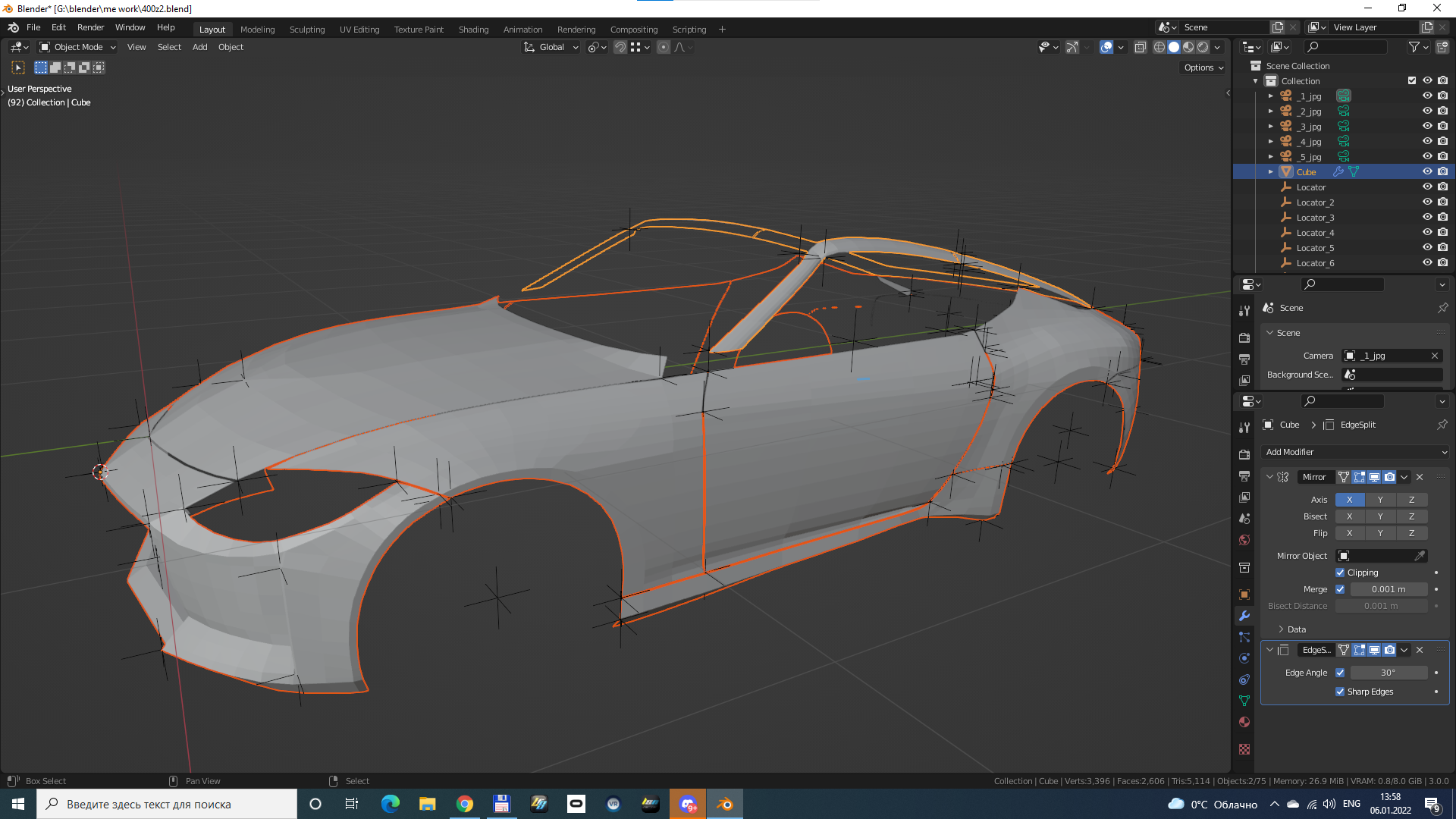 Very nice. What is your youtube channel so that I can check it?
Aleksandr_124rus 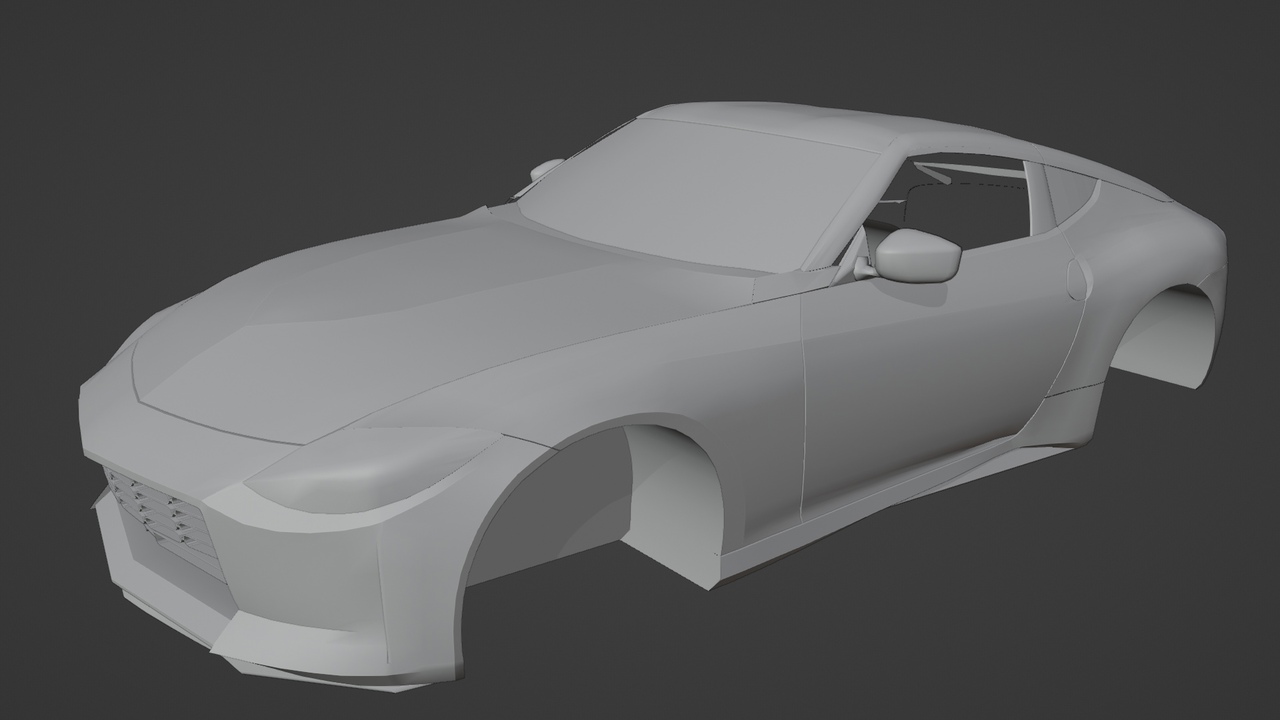 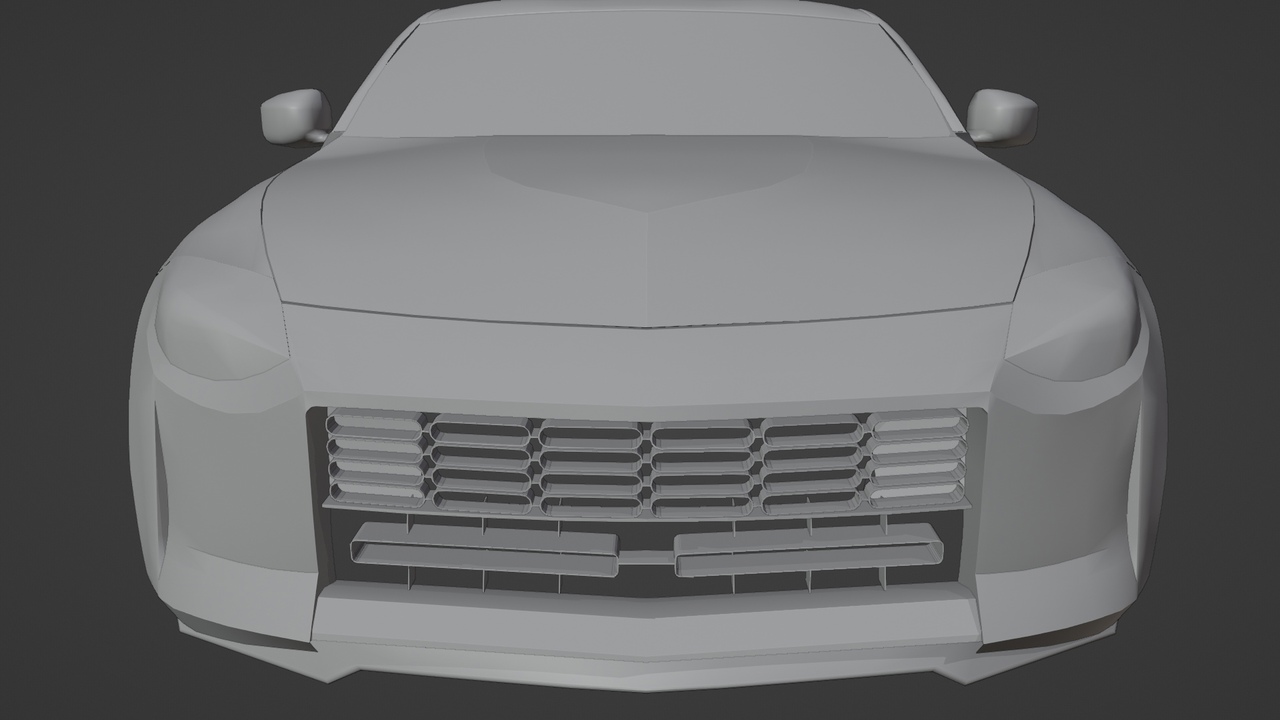 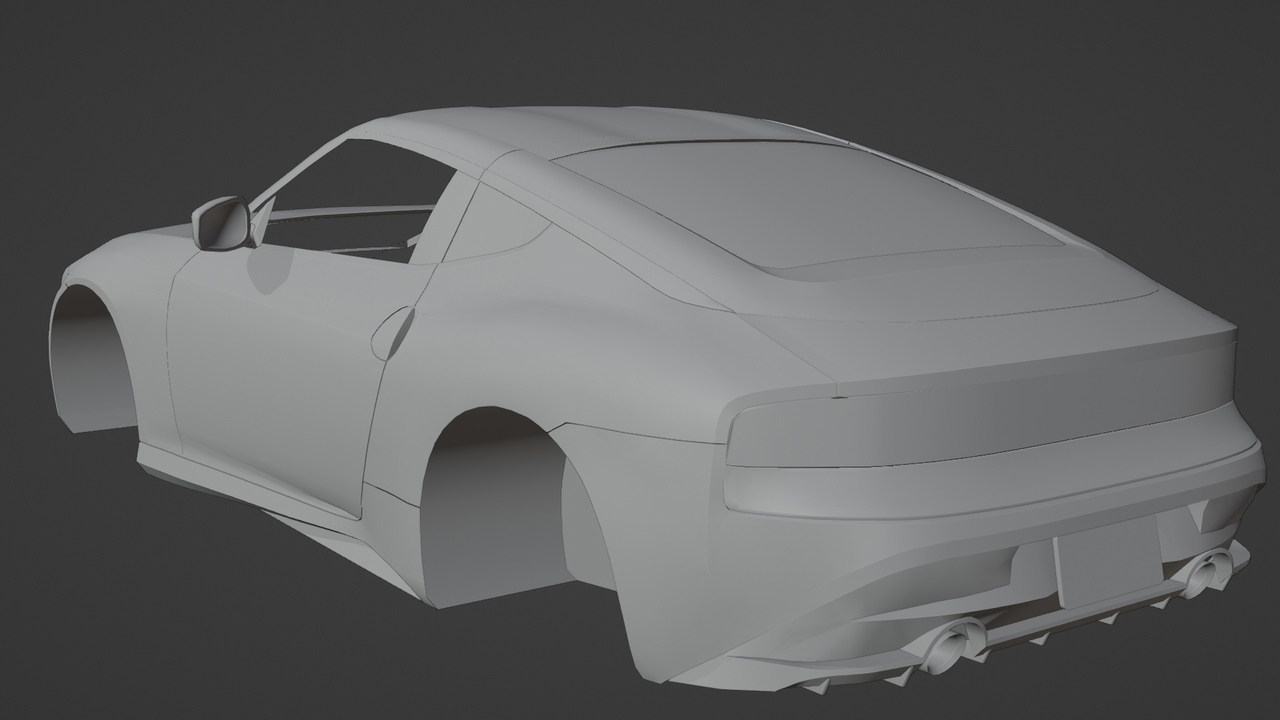