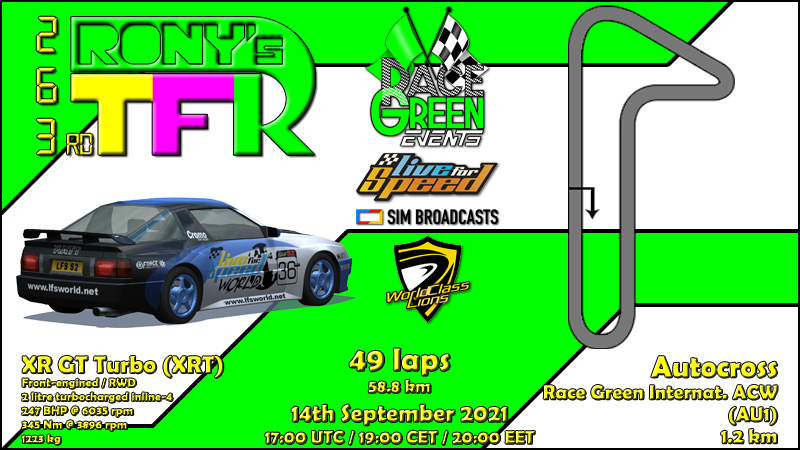 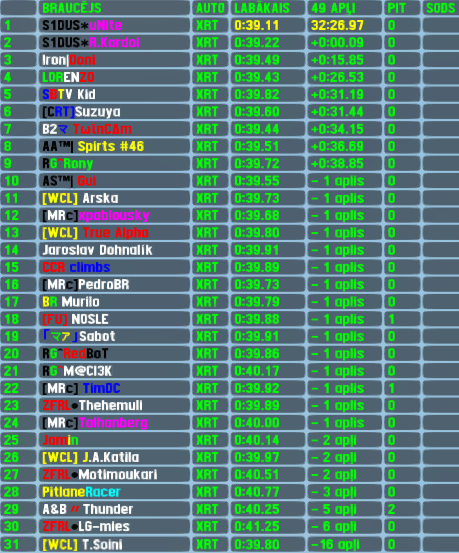 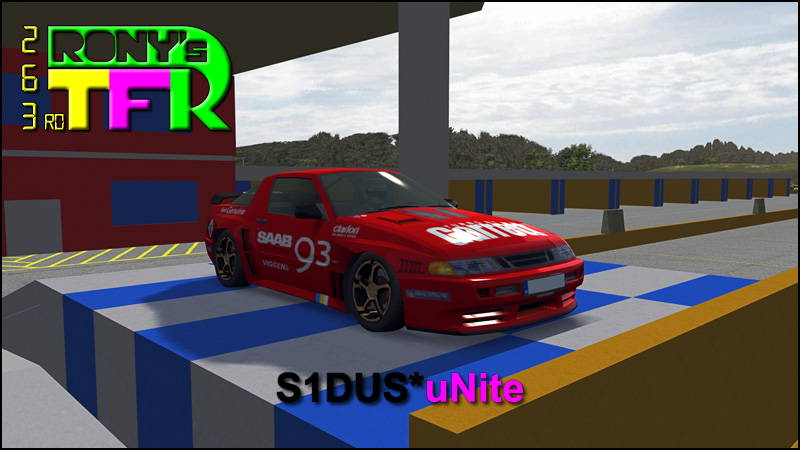 
This edition featured a race on the 2nd shortest course besides FE6[R] that has been ever used in the series - the 1.2km Race Green International,used few times before,but for the last time almost 3 years ago. With 35 cars on grid the car was filled as much as never before and that created intense racing almost for everyone and in multiple levels (laps) simultaniously,sometimes even crossing paths and influencing battles.

Unite qualified himself on front row,losing just by 1/50 of a second to polesitter and followed him for the biggest part of the race,occasionally passing for lead and losing it soon again. But the finn led last 9 laps and won the head to head battle in the final lap to cross finish line as race winner for the 9th time in RTFR races. During the chase Unite set also fastest lap early in race - his 18th and it was his 45th top5 finish. R.Kardol set the track record during the qualifying and earned his 8th pole position in RTFR,but could not stay ahead in the final phase of the race,lost the battle of standings leaders and finished 2nd,which is his 46th top5 finish. Doni qualified 3rd for this race (his best qualifying result,2 positions better than previous best) and finished in same position,which is just a repeat of personal best - 5th top5 finish for him. Lorenzo finished 4th which is a great improvement of previous best result - 15th,Kid closed the top5 and scored his 5th top5 finish.


Now RTFR goes into 2 weeks break,during which the server will keep this track loaded,so everyone can still set new laptimes using other cars (the best times will be entered in track's best times list). After 2 weeks RTFR will return with much faster action using one of the dedicated racing cars (info in broadcast recording),while one week later RTFR XL will use other GTR car - 58th RTFR XL will be run with FZR at South City's 2nd longest config Town Course.