Shouldn't be a big hit on most systems, especially considering LFS isn't a game known for it's system requirements.
Flotch

It disturbs me a lot when I play a little in LFS and see the GPU temperature almost as it was idle whn I quit ... while other games like ACC are bringing it to 80°c

It is hard to know but I will try to allow enough settings to run OK on lower spec computers. For example shadow maps can be made quite a lot faster by reducing the number of cascades and the distance that can be rendered, and switch off shadows in mirrors. Also you can switch off HDR mode, reduce texture resolution etc.


I can't really release them as they are because you can exploit the issues. So I hope to make them a better approximation of reality so that they are fun to drive on and respond in realistic ways to changes in settings. As far as I remember, total grip was actually less but they feel better and more intuitive, so actually more fun to drive. One example, sometimes in the RWD cars, in the old physics, you can put on a little more power and the car seems to follow a wider line, which shouldn't really be the case when you add more longitudinal force to the rear tyres. In reality and in the new system, more power in a RWD car always results in the car taking a bit tighter line. This is because the combination of forces is now done in a way that makes more sense and has a mathematical basis. The public version is more like a made up force combination, adjusted to try to match reality.


The free view video is only a demonstration. That mode is activated by a special button available in the development version so I can check how the occlusion is working. The free view doesn't use occlusion data normally, and doesn't need it so much as it's only the one view and no mirrors.

Still wondering how on earth are there people who have trouble running LFS with 140+ FPS. If so, it is really time to upgrade, parts aren't expensive these days and widely available
Eclipsed

Since this thread starts to turn into "ask Scawen stuff",I also have a question - to make tyres physics more realistic,you surely need some comparision to actual driving with cars on track. How do you do that? Track days on some local track or just pure calculations?
Scawen

Calculations and algorithms based on models and then the constants adjusted to try to match test rig data available for some tyres, and lateral force figures for some cars and just sometimes we can do lap time comparisons.

So in short - get a benchmark based on models and constants then adjust the constants according to as many real world results as possible.

In practice you can then find the models or assumptions are wrong or don't scale properly then you can read scientific papers on theory of rubber adhesion, etc. and try to figure out how to make sense of such complex phenomena described in seemingly abstract papers with confusing mathematics, into something that can really be implemented into realtime simulation with several cars at the same time.

I had hoped that you gift to us all the new LFS version this xmas but i think it will still take longer.

But... like i sayd... It looks just fantastic.
Flotch

Are the equations completly different when on soft surfaces ? I mean : dirt, grass, in the future maybe snow (why not snow), I suppose the behaviour may differ due to the resitance encountered by the tire.
Bose321

Interesting question. Also to add to this question, how does the temperature now affect the grip? I can remember with drifting the tires were like soap and they popped at exactly 200 degrees.

Do the tires now behave differently in that aspect? How about wear in general? Can you pop your tires like before? Is it done at a specific temperature? Or is wear measured in a way that takes friction in account?
Pathseeker

will there be change on what conditions tyre will pop?
Scawen

These are good questions but I'm not getting into tyre physics now.

I can't remember everything and will be starting with a good look into what we have and what is covered and what is not.
Bose321

That's fair enough. Are you planning to answer these questions in a later stage here when you know, or in a special thread with a new report? Or are you keeping us wondering until it's ready to be tested? Just wondering, I'm fine with both.

To keep on the topic; South City looks amazing, especially with the new lighting. Can't wait to drive around the many new roads. Are those stairs also something we can jump off?

From which University would you like me to suggest you as an honorary doctorate degree in physics?

I like what's being done with South City. Will this mean more S. City Layouts? Or are the original tracks being changed? And what about the train? If you're gonna have street lights and a mall... Oh and do something with the reference people. Gheesh. I remember making a skin and was gonna show in a screenshot at fern bay with what I thought were girls in bikinis..... Yeah. That didn't go over too good. Yeah. Put gender identity on them. It really is impressive though.
klbbadd2002

Interesting! Waiting for it. But i have three more questions now

Will the new tire physics include twisting of side tire? (like on pic) 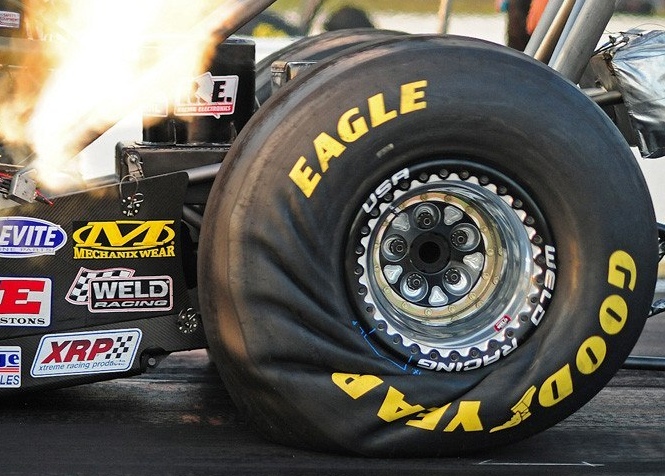 Will the new tire physics include differences in the metal cords of different types of tire? For example, in a sports tire, a stiffer tire cord is made in the side parts of the tire too, and normal road tires have a harder rubber composition but a weak metal cord. I'm sure this affects on behavior of tires on the track.

We have 4 types of slicks now from hard to soft one, but one type of normal and one sport tires. In my opinion, this is not entirely fair, I think for normal and sports tires it is worth adding tires with different treadwear coefficients. From hard to soft. Hot laps after the patch will be reset anyway. Will it be possible to do this?
Last edited by Aleksandr_124rus, Tue, 29 Sep 2020 17:47. Reason : text mistake
Tftf

Thank you Devs, really looking forward to it!
Eric's tracks are way better than most of the real ones, keep on!
mbutcher

Joined : Fri, 25 Jun 2010 06:39
Posts : 729
Online at :
(FM) Fox Friday
This! I really don't want to turn this into a suggestion topic, but I've had the exact same thoughts back then when we first saw the new SO at night! Maybe with a really loose and random light switchoffs/ons in the buildings' windows just as a slight creative touch/detail

Well as far as I know dragster like in this picture mainly use diagonal tires and currently LFS is modelling radial tires. The twisting is already taken into account by the longitudinal slip, but it is not rendered. LFS was (one of?) the first to represent carcass lateral bending anyway.
Kuba_m

Nice progress raport, I'm glad to see LFS is still alive after so many years. What about VW Scirocco, will it be relased in upcoming patche?
Funny thing, I would never belive that I can buy Scirocco in reality before it is relased in LFS. It's even quite old car now. It was one of my favorites, but I've ended up with BMW

Wow, looks great! And it looks like it will sound great too. Congratulations on the progress.
12
3
456
This thread is closed