My dad, who is new to racing sims and gaming in general, went instantly quicker in VR than he could 'driving the TV'. In trying to set up a multiplayer LAN game using two PC's and two nearly identical wheels G25/G27, he was over a second per lap quicker in the identical car and setup when in the Oculus, to the point it meant we couldn't really fairly race each other. More than that though, it was far more consistent in VR, where as in 2D, he could sometimes luck into an equally fast lap almost from muscle memory.

I could have eventually gotten the exact same laptime out of the 2D setup that I could from 3D, but it would have been from a lot of circulating and getting a feel for car placement from pure repetitive experience. In VR you're just 'there' and turning points and car placement is obvious from the first lap. You can literally look further up the track at where you want to be and just drive that line, rather than having to learn through repetition where to turn in and what line to drive for the best exit. I find being able to look far ahead crucial for finding the line, even with DK2's poor resolution it helps me. The view turn with wheel turn 2D compromise makes it harder for me to feel which way the car is going. Using the buttons to look is clunky as you don't get to chose which part of the side window you're looking through.

I'm sure that it's been mentioned already, but I hope that while you're working on the new tire model you'll consider making changes to the durability of different slick compounds in different car types, so that it becomes possible to make two or even three stints on the same set of tires in GTR. Another thing would be to be albe to use two or three different compounds without any setup changes in BF1 (I believe F1 teams tested many different designer compounds during 2006 season, and I'm pretty sure they had no qualifying R2 tires).

It could be a good idea to revise slipstream and dirty air effects as well. Right now, the hole left behind by big formula cars is so severe, that it's totally impossible to follow in the quicker corners - I recall Jenson Button saying that you don't even feel that you're losing that much time in the dirty air. The slipstream effect should probably be smaller and more progressive, i.e. coming into force a little bit sooner, even over a second on high-speed tracks with the BF1. You could argue that the current slipstream allows for easier overtaking, but IMO a lot of fun is lost when you're shooting off the track when trying to stay close, especially in FO8 and BF1, instead of doing so and passing further down the straight or in the braking zone.
Last edited by Ziomek21, Fri, 16 Sep 2016 20:48.
mbutcher

Better durability isn't the largest issue here, it's the lack of compounds. We need more tyre compounds for the GTRs and single seaters, R2.5s for example. This would make a huge difference and would open up really interesting strategy options for longer races.

I completely agree with what you said about aero effects. They're too over exaggerated at the moment.
vitaly_m

Was going to say exactly the same.

By the way, Improvement suggetstions forum has a lot of stuff but seems kinda messy and not-so-well-moderated. I think community suggestions should be done via some kind of issue tracking system, where people can vote for issues so that developers can see what is important for users. Ofcourse, someone of community could make it, but I think that LFS account should be linked there, probably even locked to licensed accounts (maybe not, it is just hard to deal with vandals and stuff like that on demo accounts).

I know that whenever some suggestion comes up Scawen most likely has it already in his notes, but having a moderated list of suggestions might be of convenience to both him and the community.
mbutcher

Great idea Vitaly. I had this conversation with a few others not so long ago. The suggestions area needs to be processed into a list of things the devs may actually consider at some point and things they won't. Then at least everyone knows where they stand and we can hopefully start seeing fewer duplicate suggestions.
RC-Maus

I think scawen allready has his list he want to do

Lately i bought assetto when it was on sale but I miss all kind off stuff we take for granted in lfs. Only graphics are better but LFS wins at rest.
lfsrm

Seems like the majority of simracing player base don't think the same as you.

Nah don't think it's perfect other sims have better graphics but gameplay and reallity is less. Dunno about Rfactor or Iracing I only know Assetto and that sucks to much arcade they try sim but it's like playing LFS in 2005 but only better sounds and graphics

Thats my idea off Assetto
RC-Maus

Anyway everything can Always get better

Good to see that you're back at the tyre physics with some new motivation by the looks of it! Very much looking forward to see what you come up with in that regard. No doubt having the tyre physics done will be a great step in the right direction and LFS will probably be moving faster and better towards a finished product at that point

There was talk in the past of chassis flex (or rather the lack of) influencing the feel of the tires. This might be something to look into.. But that leads to a whole other subject of car damage etc...

I do agree that a more detailed aerodynamics model would be awesome, but this would probably use a ton of CPU.

I think there are a couple paths LFS could take:
- Polish the game as is, create S3 content, and call it a day, or
- Take advantage of the increased computing power and bring LFS back into the conversation of modern sims

So much time has passed since the general plan of LFS was made, it might not be a bad idea to finish it and take that final product as the basis for LFS2

(maybe with a slightly bigger team)

As always, the current update is very nice, and its good to see Scawen so active in this thread.
vitaly_m

It is kinda absurd to me that the best thing in LFS, compared to other sims - car physics model - is the thing that is being worked on. There are tons of other things, which seem trivial (apart from shadow maps) that can bring LFS back forward, but still focus is on physics.

But totally I can understand it. When you feel you have a flaw in the model, it is gonna eat you from inside intil you fix it. But as for me, I would just tweak current tyres heating/cooling (make it faster), add more compounds and call it a day

But it is up to Scawen and we must respect his way.
chucknorris

If you feel your motivation is fading, feel free to join our Teamspeak server

Good luck with it Scawen, you seem a bit more determined this time! Imagine how everyone will feel when you roll out these new tyre physics. I'm sure it'll be worth it.
UnknownMaster21


And, I always need those kind of tires, where the number does not end with integer

Of course it's true that some of the cars need updating. Most of all in my opinion the RB4, such a nice car but with the oldest interior of all. And the FZR and FXR that still have the road car interiors. I can't do that, I hope Eric will find some time to work on them but he has some tracks on the go at the moment. Note that the UF (that also needs updating) is mine, not Eric's.
Bigbob1993

You did a great mistake by writing this. However I m pleased to hear some good news. 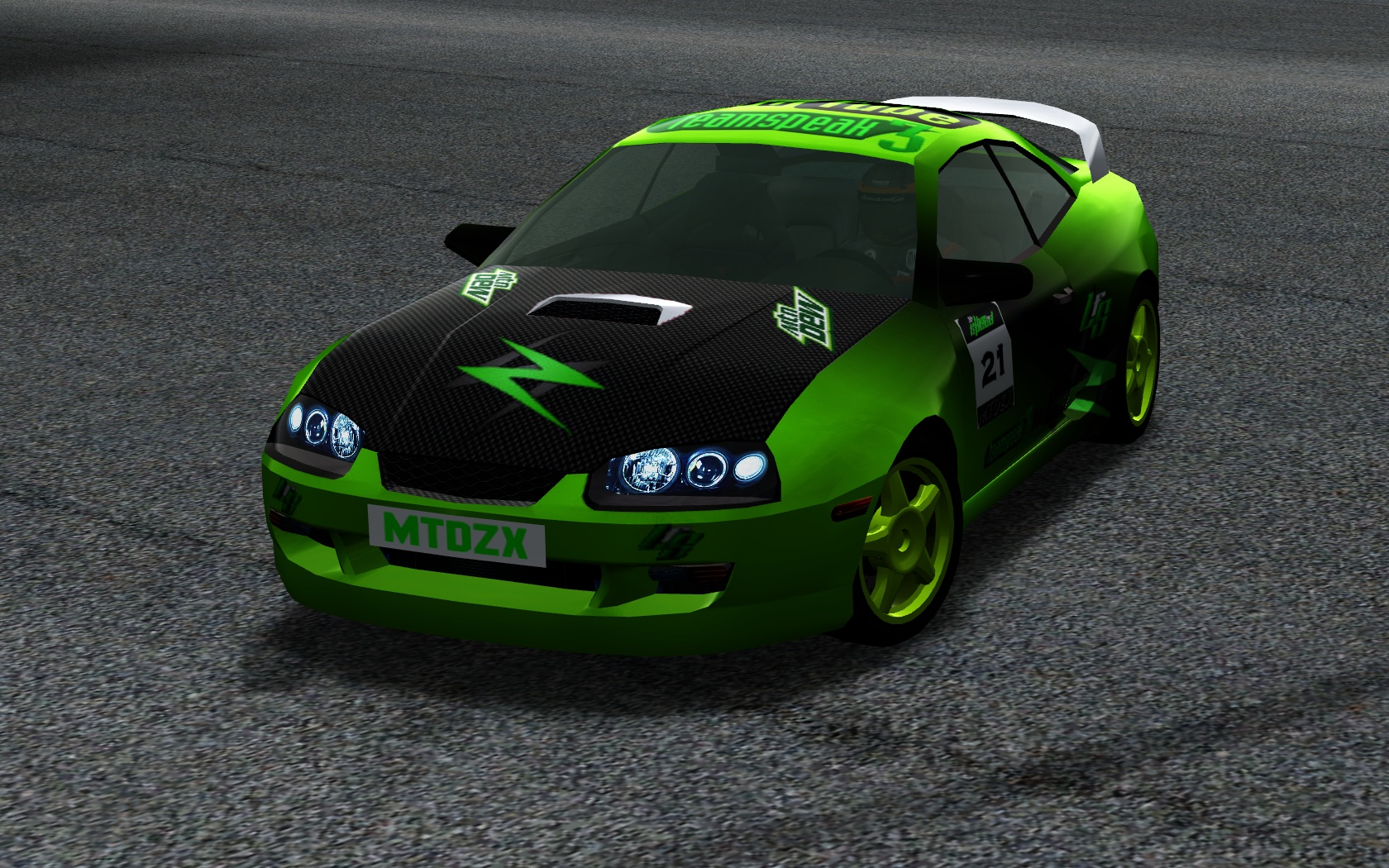 Wich are the tracks Eric is working on ?

It has been said around the time S3 was released that Eric was working on 1 or 2 new fictional tracks. Pure speculation but after reading him talking about the old Westhill being not challenging enough with the new tire model I would suggest that these new tracks will have more "ballsy" curves and mid-speed corner à-la-Westhill 2.0.
The real question is: when can we expect them?

old Westhill is amazing as well due the high speeds
Skytrill

Yeah I agree, it would have been nice to keep both, like a side button called "old Westhill" next to the new one.
Evolution_R

I have a question about the tyre behaviour when hits a curb, here is the example - https://www.youtube.com/watch?v=a1mdckFJL0A
Is this supposed to be fixed with the new tyre physics?
I would love to see a smooth transition between the curb and asphalt. Thank you.

I'm guessing not. LFS models the contact patch as a point (line?), which is why you see issues like this with sharp edges. This also causes the current flat-spot behaviour, where one section is merely shorter, with 90 degree edges on either side to the longer sections. For reference: http://en.lfsmanual.net/wiki/File:TyreExplanation.jpg