I am a sports video gamer, FIFA, NASCAR, NBA2K, NHL, WWE, NFL, NCAA [American] Football, (soon) UFC, etc. But there are things that each can learn from one another and this is a simple wish list of those things INCLUDING where I think each came with the idea or possibly enhanced the idea. These are in no particular order either, just what kinda came to me.

FIFA has done wonders with International, MLS, and then they finally got Women's included! Despite not being a good Formula 1 fan, I would love to start (possibly) in kart and work my way through a legit career. Which brings to my 2nd point.

2) Starting from the bottom (NBA2K)

More precisely their most recent release, in career mode the player starts at the very bottom (high school) and has to improve and work into the professional leagues. The downfall of NBA2K was their voice acting, which leads me to number 3.

I WWE12, which owns the last original character story of going to Wrestlemania and beyond. Voice acting was on cue, and the surprises kept you on your toes when playing. In the 09 release, via Wii, players had 6 options of voicing their characters.

When I played NBA2K 14, I was amazed by the realism of the interview questions after a game. However, that was on the Xbox 360. Depending on how you play, via PS3, you could be asked up to 3 questions. Now, NHL14 asked more questions, again depending on your performance, but they left out any animation and kept it to text. Not bad, but could easily be one upped.

Granted, every answer you decide has an effect on you career. Which is EXACTLY as it should be. In the racing world, how many times do drivers, crew chiefs, and car owners thank their sponsors? yeah, but what if you didn't?

This is without a doubt NASCAR's best addition to their video game franchise. Think about it? What if you went back to the 2015 F1 season and changed a driver who finished last at Australia to winning the race? What if Kyle Busch was able to avoid his Xfinity series crash? What if LeBron James didn't make that last second shot? The list goes on and on about moments in sports when history could have changed and why wouldn't we?

Watching a YouTube video to make that one jersey or paint scheme you wanted is a hassle and probably will not look as good as it does in the video. So games like NASCAR, FIFA, NHL, NBA2K (if they wanted), I think would benefit greatly. Even NCAA would be great if you could create your own college, or download one, and play with you high school colors.

I have NEVER played as my full name in any sports game, and always settle for Todd Moore. Granted, I used to have Moore as my last name. As my first name, I'd even settle for T.J. because at least then I can hear the announcer say (T.J.) but the text says " Teejay". That's great! I'd be happy if sports games could expand their names, or nicknames, allowing players a bit more freedom. Heck, most of us have headsets, let players use words and syllables to make their names.

That's all for now. Have any ideas that you think should be added?
Bmxtwins

A serious question here, what is the interest/desire for a career mode in racing games ?. It seems to me to be pointless, other than as a championship/season thing. Pathetic commentery stuff, sad cut scenes, and someone rambling on during the race saying "Do better" or "The stewards will see you after the race", completely pointless stuff like that.

It's missing completely from LFS and it's not missed. RBR (RSRBR) and Dirt Rally do a championship but not a career.

It seems to me to be artificial and cheesy, arcade mode stuff.

All the games I can think of that offer this are Xbox/PS game ports and while it suits that platform (arcade) I just don't see the point.
(Not a console player though)

This is a serious comment though and I'd like to hear why people think they (Career mode) improve a racing sim.
Last edited by Racer X NZ, Mon, 25 Jan 2016 05:09.
CardsetCrazy

Do you know if there will be any American Football game coming for PC? I've been wanting to try one for some time now but all of them are for consoles.
Racer X NZ

For someone always requesting everyone else to read more, your own reading skills seem to be sorely lacking...

Outside manager games and fictional Handegg-style games, there hasn't been a PC release of an American Football game since Madden '08...
Racer X NZ

That's sad really, considering how popular NFL is in the US, we only have 4 mil pop yet. 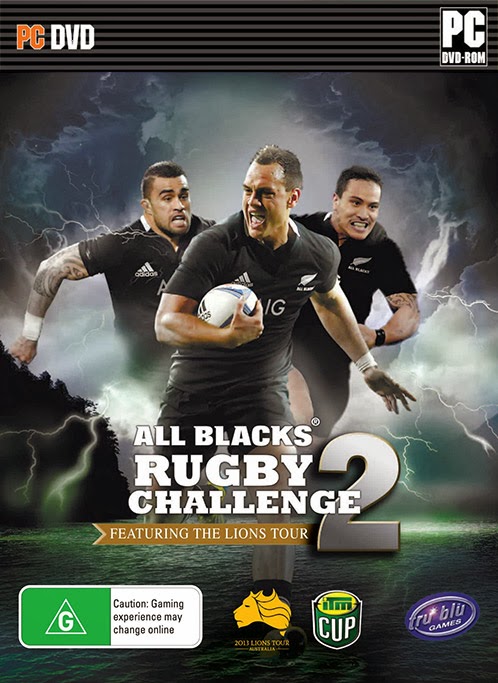 And there is this too,

So lot's of choice for real rugby !

They are, however pretty crap, but they still exist

fifa does a good job with commentary names for the most part. however they somehow don't have my first name. They have the french spelling and pronunciation however. Then again I go by Han or Solo half the time so what the hell am I complaining about.
CardsetCrazy

I might skip FIFA this year. They only concentrate on things that will make them most money (Ultimate team) and ignore real problems in the game. The game is almost broken, and has been like that for years now.

I hope PES brings the next-gen version for PC so I can buy it instead of FIFA.
Bmxtwins

PES16 myClub is free on the PC. Basically ultimate team. I love FIFA but the proclubs suck, and the only active MP is the Ultimate Team, where there are too many cheaters. I have a good team, but been fooling around with PES myClub's SIM Mode.
Bmxtwins

I was meaning to post this earlier, Maddon 08 has been updated regularly up to 2015/16.
https://www.youtube.com/watch?v=lzy3dZUds3c

imagine you playing a whole nascar season with diff variations and issues like the irl drivers do.
Scrabby

They should make another proper boxing game for console. I used to play Fight Night Round 4 allot, even finished the game in my weightclass. I really like the development of the character and getting harder and harder to beat others.
But afaik they're making a new fight night for the next gen consoles.
petercollins

Kick Off 2 is the greatest sports game ever made. They never improved it.