It's obligatory to use any especific tyre? And pit stop?
Thanks
Eclipsed

There are no tyre restrictions and no mandatory pitstops.
crouls

I have trouble with jetlag, so I won't race today... Good luck everyone!
DeadWolfBones

I lost this race 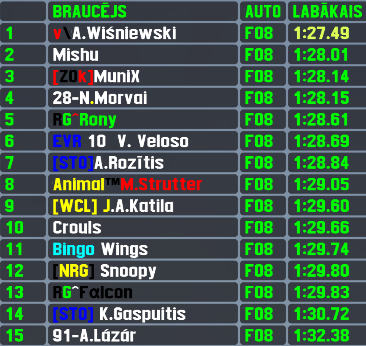 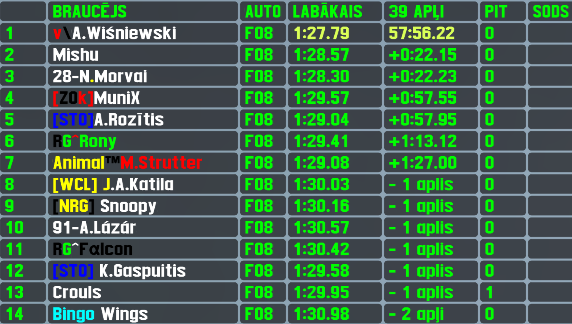 
First round of 2016 VERL is complete and the round was rather dominated by A.Wiśniewski,who led practically from green to chequered,finishing with a solid 20+ seconds gap without actual worries about win. But 2nd place was not decided until final lap,where N.Morvai tried to regain his 2nd position,lost due own mistake in last quarted of the race. But Mishu was able to keep the position and finished 2nd,N.Morvai was 3rd with less then 1 tenth of a second difference. 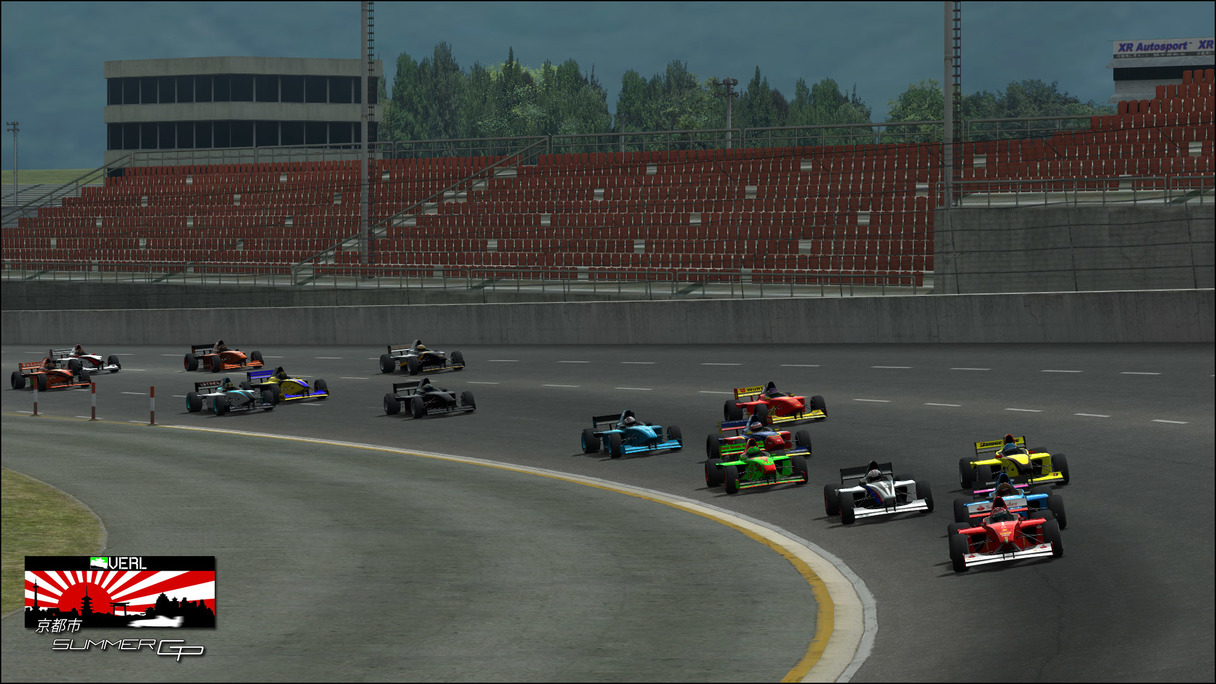 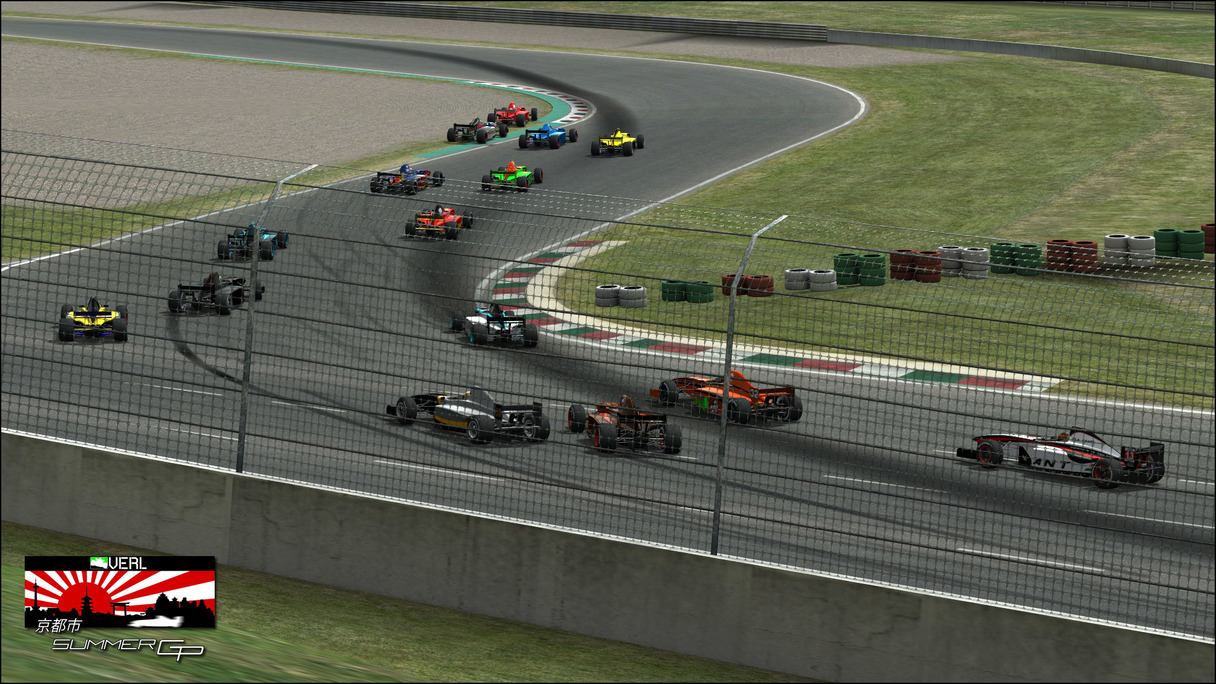 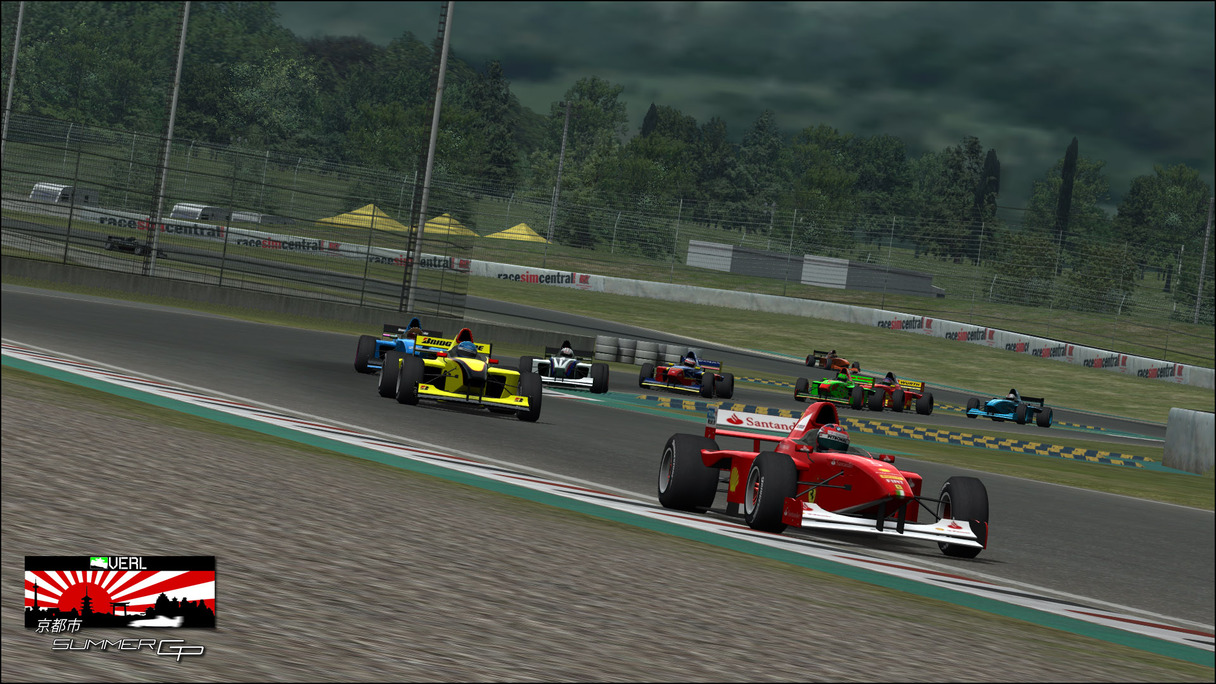 After round 1 is hard to predict any situations for series,but at least we can see few favourites for this season. A.Wiśniewski's 5 point gap over Mishu can be just start of pullaway or maybe situation may change during remaining rounds. Due to fact that top4 finishers are VERL rookies,the situation for rookie award is the same as for main championship.

In Teams Championship Vires has more then a double lead over 3 closest rivals. But at least Nation's Cup standings are mixed up with 4 countries within 5 points gap - Portugal leads over Latvia, Bulgaria and Hungary.

With first championship impressions VERL will continue racing after 2 weeks break at Aston in 11th september. With 4 rounds still to come,theoretically anyone is still eligible for any championship glory - with good pace even newcomer,who missed out round one,so don't miss the opportunity to join V8 Racing League!
Dalek0220

It's been a long time since I've posted on here (or even used LFS), but this caught my eye when I was randomly checking the front page news after Scawen posted the new update in /r/simracing. Did a few practice laps to re-familiarise myself with the car and it doesn't feel too different from iRacing's Formula Renault 2.0 so...

Thought I'd just go balls deep and give this a shot to get myself back into this sim.

V8 Racing League continues it's 2016 season with a race at one of the fastest LFS official configurations - Aston Historic,where world record laptime reaches an average of 232 km/h. High speeds,high lateral G-forces,a lot of elevation,challenging turns - great venue for the Aston Classic Challenge. The 8.1 kilometers long track will be lapped just 25 times to reach VERL's nominal race distance of 200 kilometers.
Round one showed us some possibilities about series outcome,but nothing is granted yet with 80% of the series ahead - everything can still happen,some drivers have just slight advantage over others. So it's still good time to jump into action and pull the glory to your memories! As always sign ups are open until 17:20 UTC (10 minutes before round start).

Server is now passworded and password has been sent to all entrants via PM.
PromiLe

Man, I really underestimated how off the pace I'd be. Got a lot to relearn still, it seems, haha. Got replays to study as well as learning how to build setups for this thing. Having to learn to have confidence in my right foot is so weird after getting used to how the DW12 and Formula Renault 2.0 drive in iRacing.

Grats to podium. Had fun despite not having any sort of decent pace 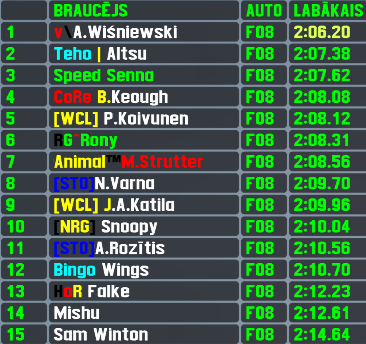 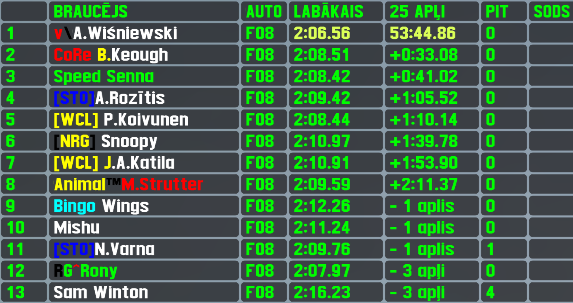 I didn't practice at all and whole qual was for making race setup, so it was a big surprise to gain 7 positions in the 1st lap and actually finish in that 4th position. Even fought for podium.
TFalke55

Can anyone remind me on having enough electricity next time? I forgot to plug the wire in...
1
2
34
This thread is closed