I don't post here too much these days, but I always follow around checking threads out. I am in a bit of a pickle and thought I'd come here for some advice.

I have never been overseas. I have no clue what its like to be on a plane for more than 2 hours. I have no idea about travel.

Recently, Me and my partner won a trip to the 2015 Monaco GP. So excited! Should be great! Its 4 nights in Nice, France with tickets to the GP weekend and a day or 2 after. However, we thought, why not extend the trip at our expense and travel Europe. My partner has travelled many times before, but never Europe, so she is new to Europe as well!

We extended the trip to two weeks in total as we cant spend all the time in the world (work/study etc) and dont want to go overboard in spending money, though we arn't trying to be cheap. She would LOVE to see Paris, and I'm happy to go there too, So we decided to leave from Paris when coming back home. We decided to go to Barcelona after Monaco as we have friends who went there and said it was great including the night life. So we have planned 3 nights in both Barcelona and Paris. That leaves us pretty much 3 days to choose somewhere else or to extend Barca/Paris a few days each.

We have on the table, either London or Rome. I'm assuming both have different atmospheres and it comes down to what we want, but does anyone have any feedback? Does anyone recommend anywhere else? Does anyone have bad experiences at either? Does anyone Live in either and can give any information?
NeoSquall

Paris is lovely for a short break, Nostradamme, Eifel Tower, L'arc de Triumph etc... And the weird metro that has wheels as well as rails (I assume they still do that, it's been about 20 years since I was there)... But I could not imagine spending all that long there.

The Mona Lisa (in the Louvre) is actually just a small yellow painting of an un-exceptional woman and a massive crowd infront of it - you'll get at most a few seconds infront of it - and only then with some assertion.

Paris is a total contrast to the rest of France, it goes from a Western nation to something out of the middle ages. To give an example, in Paris toilets are clean - but you pay to use them. In the rest of France toilets are disgusting holes in the ground, but at least free... The Parisians have the audacity to call them Turkish toilets, like they're not responsible at all for their terrible sanitation!

I could spend a week in France, but I couldn't spend more than 2 or at most 3 days in Paris.

Most French are very pleasant and will help you in English as best as they can (English speaking is relatively common, but extremely heavily accented).

London is a fantastic place to visit, you must see Hamley's, Covent Garden, Trafalgar Square and have a night out in Soho.

Much like Paris however, it's novelty wears off quickly and the prices are extremely high. You could be entertained every day of the week with something new and different in London but it'll cost a small fortune.

I can highly recommend some time in Holland, if you get the chance go to de Efteling (it beats Disney Paris hands down), de Bazaar is also pretty cool if you head up North - and Amsterdam has my favourite museum of all: Katten Kabinet which is worth a few hours of your time although it's a fair way off the beaten path - the Rembrandt museum is less crowded than Le Louvre in Paris, but if you want to see Anne Franks house you need to arrive EARLY. Very early. The queues are a mile or two long (there is another house of a less famous Jew in Haarlem a few miles out from Amsterdam which never has a queue).

If you head further East Vienna (or Wein) is worth a visit, which has the Prater (amusement park) and some lovely architecture - plus some nearby climbable mountains for some in the wild romantic sex.

Rome is great if you love churches, if you don't then there isn't much else to see. You can see the entirety of Venice in a day and Pizza is a pretty dirty city except around the leaning tower of pizza which is quite nice.

I've not been to Barcelona.

On-topic: Sounds like a rather wild trip across Europe (location wise). If you like Bars and lots of History (including museums etc.) Berlin is always worth a trip

Barcelona is great, the nightlife is really crazy, and Rome too, if you take the tours and like history I'd recommend Rome, never been to London so I don't really know. You should also go to Germany, been to Munich and Berlin and they are awesome. But If you have limited time and don't want to spend so much I'd recommend Hungary, Prague, and some of the Eastern Europe countries who are very beautiful and worth it, 2 or 3 days in each and you are fine, and they are cheap compared to Barcelona that is quite expensive.
ACCAkut

I can recommend Dresden if you want to see a bit of Germany. Beautiful city, very cheap, easy to get around in on foot. Its a bit of the next big "trendy" city after Berlin (Munich is touristic overkill imo)
Becky Rose

The crusts on your picture look more like an American pizza, but otherwise that is exactly how it looks.
Racer X NZ

Here's a serious forum with the same question, http://www.smogon.com/forums/threads/an-aussie-travelling-to-europe-first-time-help-needed.3513410/

This is a typical Aussi itinerary, http://travel.ninemsn.com.au/world/993203/worlds-best-aussie-bars

This may help explain cultural differences we (ANZ) find with much of the non english speaking world, http://www.abc.net.au/news/2013-10-03/hamilton-curse-of-speaking-english/4993940

And if you have more time, a typical Aussi tour, http://www.thirstyswagman.com/
I suggest the rest of the world at least checks this one out, it does explain Aussi's.
It also explains why Kiwi's hate being called Aussi's, we're far more refined. http://www.overlandkiwi.com/
Last edited by Racer X NZ, Tue, 7 Oct 2014 02:25.
aoun

Thanks everyone for all the information! There was so much given, really appreciate it.
We have decided to do both Rome AND London. We couldn't decide and thought, What the hey!.. We've chosen to see Tower of Pisa in Italy, so thanks Becky!

So our trip will be:

Monaco GP/Nice
Rome
Barcelona
London
Paris
and now adding Dubai.. she wants to visit Dubai and I thought it would be great to see Ferrari World/drive a F300 Yas car around Yas Marina.
Becky Rose

I didn't think I was that positive about it.
Lotesdelere

Venezia has become a very populated touristic place but it's still unique.
And yes, Roma is a must see.
Intrepid

I reckon you'd be better of visiting Hull

edit: scratch that...live the dream and go Blackpool. It's the UK's version of Las Vegas
Crashgate3

Blackpool looks awesome! We are going to London for 3nights/4day (1 written off for travel).. Would love to go to Blackpool, but is it worth catching a train there and back for a day (and night)?
Intrepid

In fear that you are not playing some high-level sarcasm, I must recommend you do not go anywhere near Blackpool

London and its history and shit will keep you more than occupied.
aoun

Nope no sarcasm, very open to opinions at the moment, never seen anything but main cities in Aus, so I don't know what's good and shit

Shit would probably be good to me anyway cause I don't know any better. But I think Monaco GP will be awesome, would have been better with the v10's or even v8s, but hey, its free!
Racer X NZ 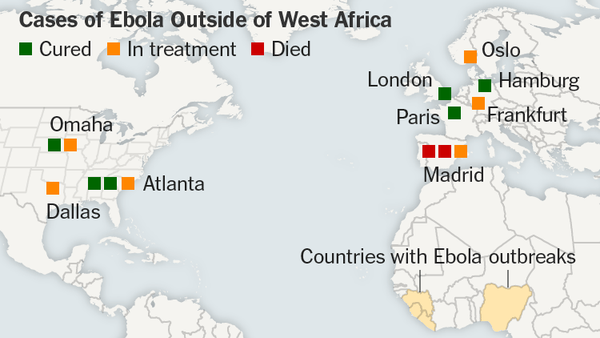 You'll be fine, nothing to be concerned about. Mind you, if you do start to feel sick after your flight. 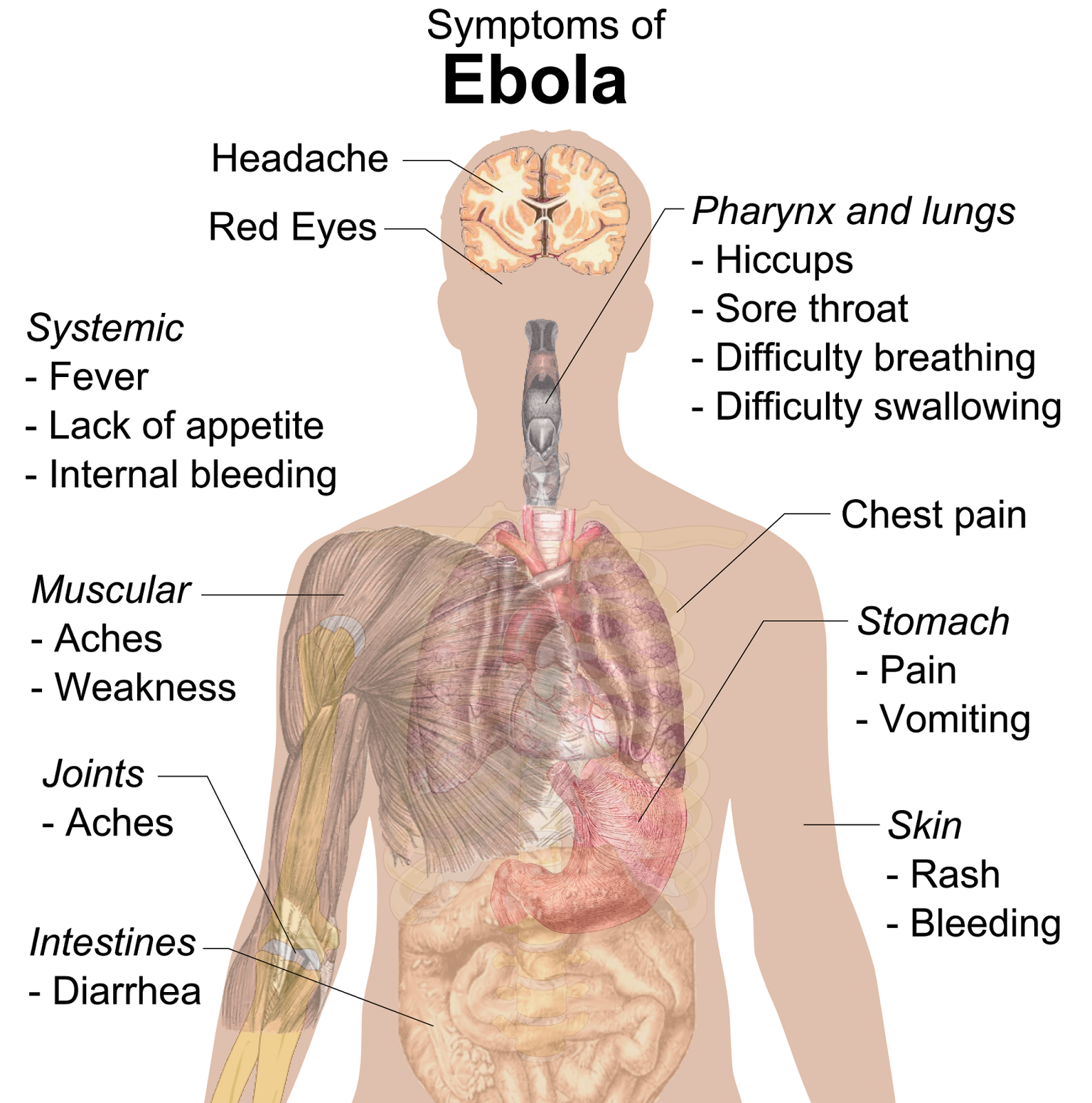 Seriously, you'll be fine. It's not like aircraft can carry diseases. They clean them. And Ebola isn't airborne.
http://www.latimes.com/nation/la-na-ebola-questions-20141007-story.html#page=1

Well Ok, it may be, but there's no reason to worry at all.

Just travel like the CDC do and you'll be fine.

That's my daily outfit anyway, so shouldn't have a problem.