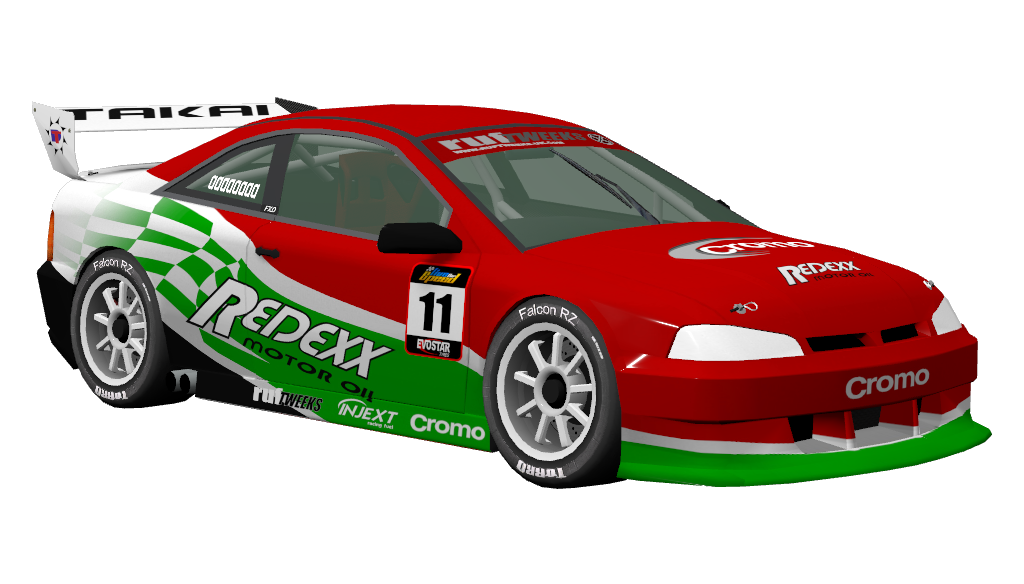 FXO modified for racing purposes
Yes, it is a FXO. But it has V8 and RWD.

Engine based on 2014 Nissan Altima V8 Supercar, exterior is inspired by the Supercars that have ran in 1998-2004. Stripped interior with all the safety equipment necessary to consider it a racing car. 6 different liveries, inspired by famous V8 supercars from various eras.

Default setups should be quite driveable regardless of peripherals, altough i must admit i'm unsure if base_southcity works.

Drag values aren't far off, but they aren't that close either. Sounds are a bit work in progress too, but other than that everything works and it drives as intended, altough sometimes it does feel a bit too grippy. I will address these issues in the near future, but for now all i can say is hope you guys enjoy driving this thing.
Development discussion thread: https://www.lfs.net/forum/thread/95740

This Vehicle Mod is a fictional one.

This is my result of fiddling around getting used to the new editor . I've got no prior experience working with any sort of 3d modeler apart from rendering images from objects so there is a lot of new things to learn, but this seems like a good way of starting out 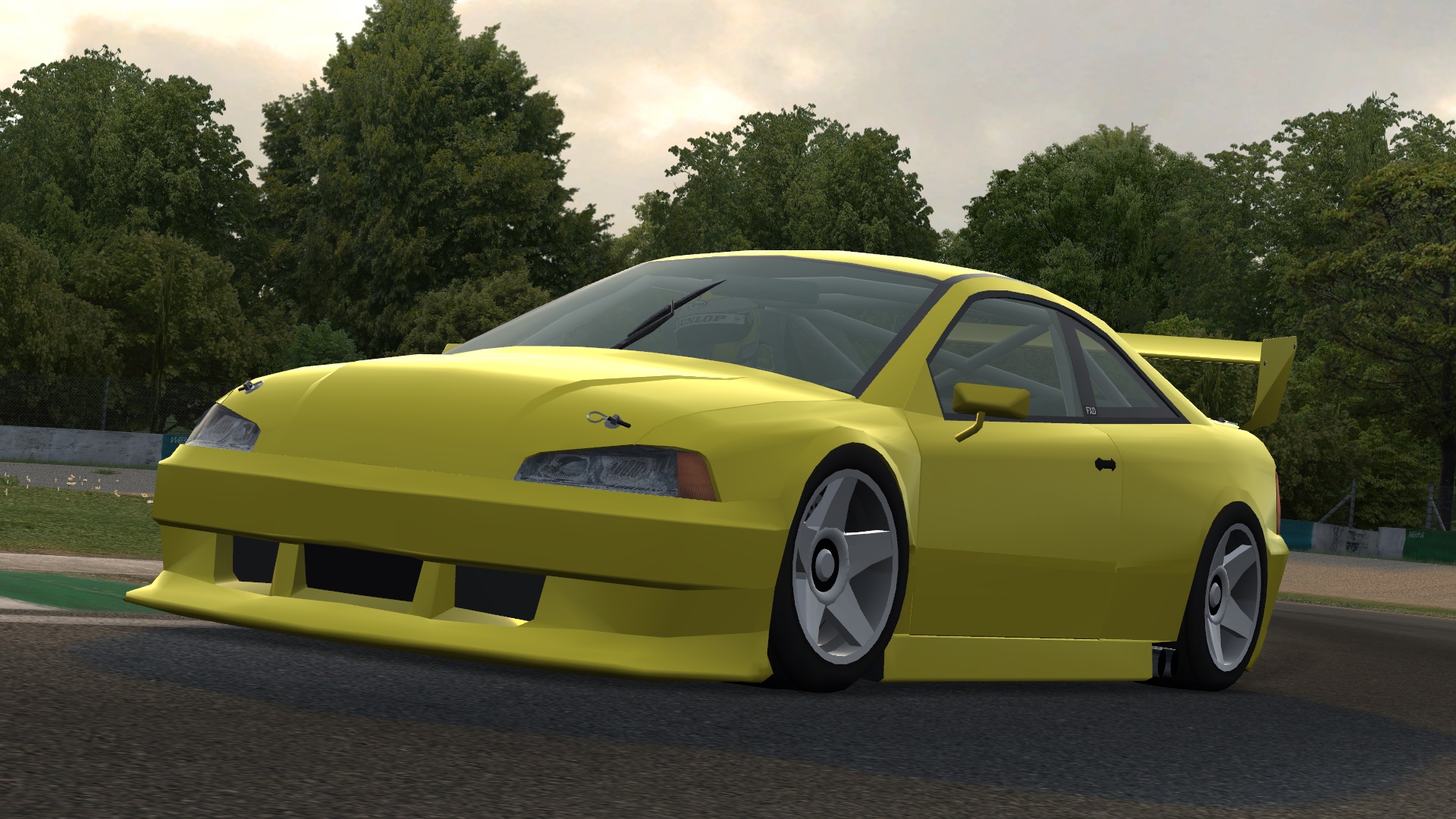 It's not in a releaseable state, as there is still many of things to do, but it is different from the original FXO i started out with. It has a V8 engine as the title suggests, rear-wheel drive, 18" slick tyres and suspension all modified according to the 2014 Nissan Altima V8 specifications (https://www.thesupercarscollec ... behind-the-nissan-altima/). I could only match the engine's peak power and torque because i didnt find any dyno sheets for this engine so it might not be that accurate. Wheelbase is also inaccurate as i've went with FXO one for now.

The exterior is done more in a early 2000s fashion, FXO is somewhat close to this time period so i think it's the most fitting one to go with. I've borrowed bits from here and there such as:

Bodykit itself is just mostly just dragged around from existing FXO points(and it looks horrible in many places where i've edited it, can't deny this) but i will try to refine it further once i get familiar with this software.

It's fun to drive, feels sort of close to what i would expect from a slightly fat touring car, but there is still some issues with the suspension, the force feedback is very light when stepping on throttle. Might have an idea what causes it though, and once i address that, mapping and other stuff out i'll propably upload it. Might take a while though

how to take the wing from fo8?
Formula24

Found this and thought it would be of use. https://youtu.be/lsCtFq6D1Uo
nikopdr

Create new subobject, switch back to the main object and select the triangles you want to make as a subobject and click on "break off" at the left of the screen.

Select that subobject and save it, then load the car you want to paste it on, create new subobject there and load the saved one to replace created subobject.

Thanks! Might be able to use that vid as reference, i think they're testing Ford engines on that vid but it's power output shouldn't be too far apart

Wow love this idea old touring car style! Couple things to mention, what is the weight balance? That might be affecting the steering FFB. Make sure the engine is longitudinal and it’s pushed back in the engine bay like a front mid engine layout (engine between front axle). Please please please allow street tires for this car. This would be fun with road supers restricted to like 300-350 HP for a slower class fun race or even to slide it around some 😉
k_badam

too wide for supercars
nikopdr

It's more to do with the suspension setup itself, this problem appeared after i swapped it for double wishbone setup all around, my guess is that the pivot points and thrust bearings are a bit misaligned alongside with suspension compensated for this misalignment

The real life counterparts have 2 sets of slicks and 1 set of rain tyres, so most likely i'll allow R3, R4 and Road Supers for use

As for the bhp there's always voluntary intake restriction

In it's current state it is very tame and doesn't twitch around too much whilst sliding, so restriction might not even be needed

Some minor updates on this thing(i haven't forgotten about this yet!

I found the reason why FFB was very light and that is fixed now. Remade the suspension from ground up once more and whilst the values used might not be realistic, i got it to feel a lot better in the process. It's not perfect, but i think the rest of the problems it has can be addressed with a proper setup. Track width was slightly reduced also as a result, hopefully bringing the car closer to the actual Supercar series counterpart.

I also made a new front grill with a slight twist, and started working on sounds and making the interior look more race-oriented. Texture edits are very much work in progress.

I might rename this thread to a workshop rather than an individual car, i've happened to sidetrack a bit too much from this V8 FX

I'll get the first version of it up by the weekend, but i'll have to fix few minor issues with it still that i haven't gotten around to.

And as for the other reason why i haven't continued on this yet, is this: 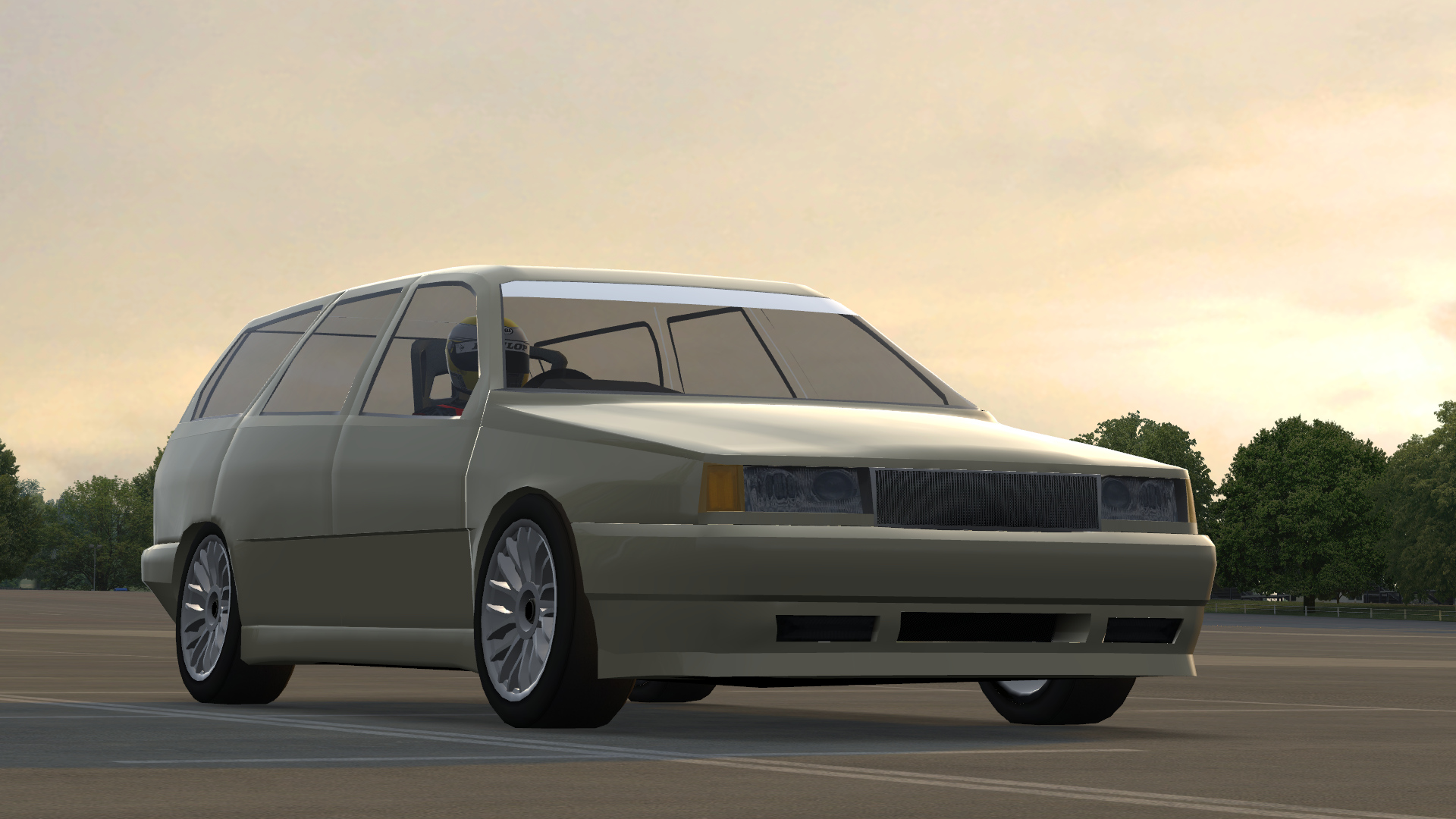 I'm assuming most motorsports fans will propably recognise this car instantly, altough with minor differences. I'm not going to make it an exact replica either. Engine and suspension specs of course will be as close to the inspiration as possible.

The original 3d body shape is not mine, but it has a CC BY-NC-SA license. With this information i could afford to put some dedication into it in the form of a WIP interior, wheels and few other bits.

imo the best mod out there to the date, I´m a mouse user and I really enjoy the challenge to get a good traction like with the "FO8". I hope for a future racing league with this car. I´m super excited!
bmwe30m3

This is a great mod.
Alternate reality Australian Supercar.
Thanks so much!
M3THANOL

Please rate this mod for all cateogries, once it has enough ratings, it can have a chance to be approved

...and it's approved now, good job

I'm getting "Lap Of The Gods" vibes from this. Nice! (Greg Murphy pole lap @Bathurst 2001 I think). Will make for a nice skin I reckon.

- few more triangles at the front to give grill and front airdam a somewhat nicer curve, also changed mirrors back to FXO ones