The LFSCART Series returns for its seventh season in Live for Speed. The series intends to bring out the best racers in the Formula V8 (FO8) together in a challenging test of man and machine. Originally created my Thilo "TFalke55" Falkenberg in 2008, New Dimension Racing (NDR) welcomed Thilo into their ranks to give him the administrative support he needed at the time. The series quickly grew into the elite tier for single-seater action in NDR, with several awesome battles throughout its history. 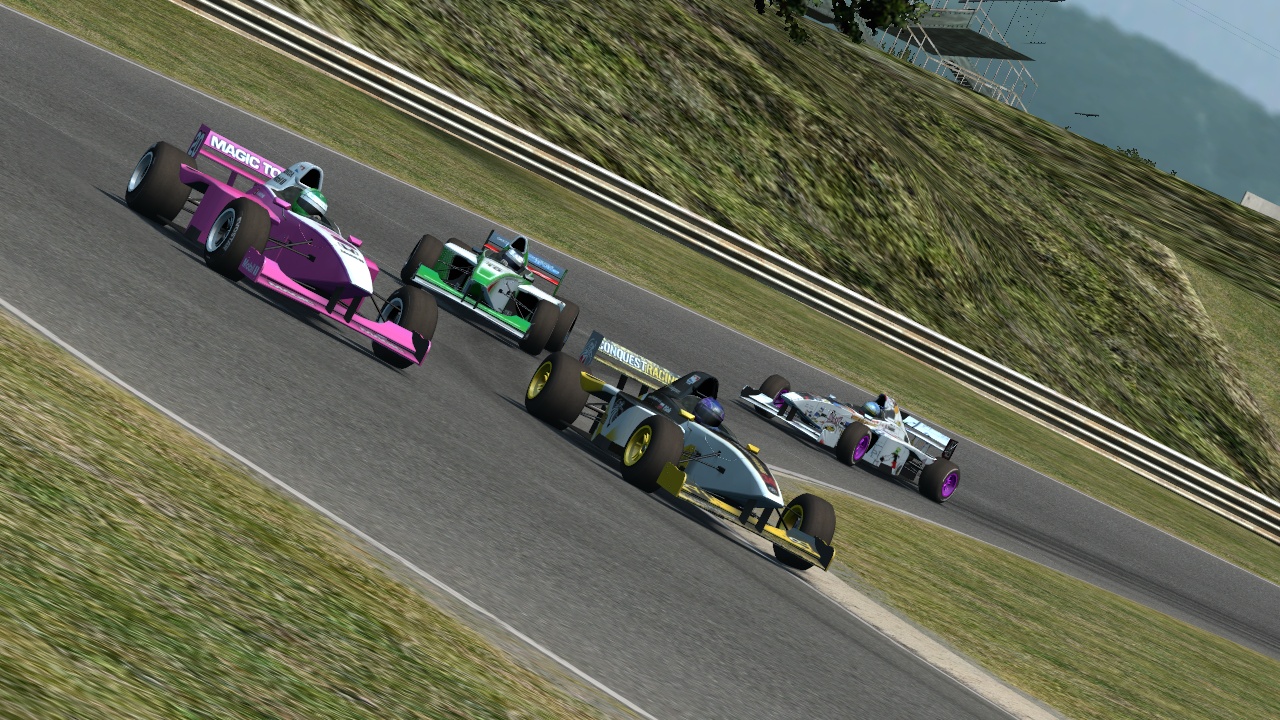 For 2014, the series will start off on August 17th for the first time on the Blackwood Grand Prix Reversed circuit. Long the home of many LFS races, the most used track in LFS, also one of the best looking. With a charming club circuit feel, this short track has one long straight to give the drivers a brief break between their bouts with fast, winding corners. Following the English Grand Prix; the series heads to the tight, twisty Fern Bay Gold track in Jamaica. The Gold track challenges drivers to feather the throttle out of the many slow-speed corners, to control the high power output to the rear wheels of the FO8. Not many gravel traps around the Gold circuit, but the barriers are close by to catch untidy drivers out. 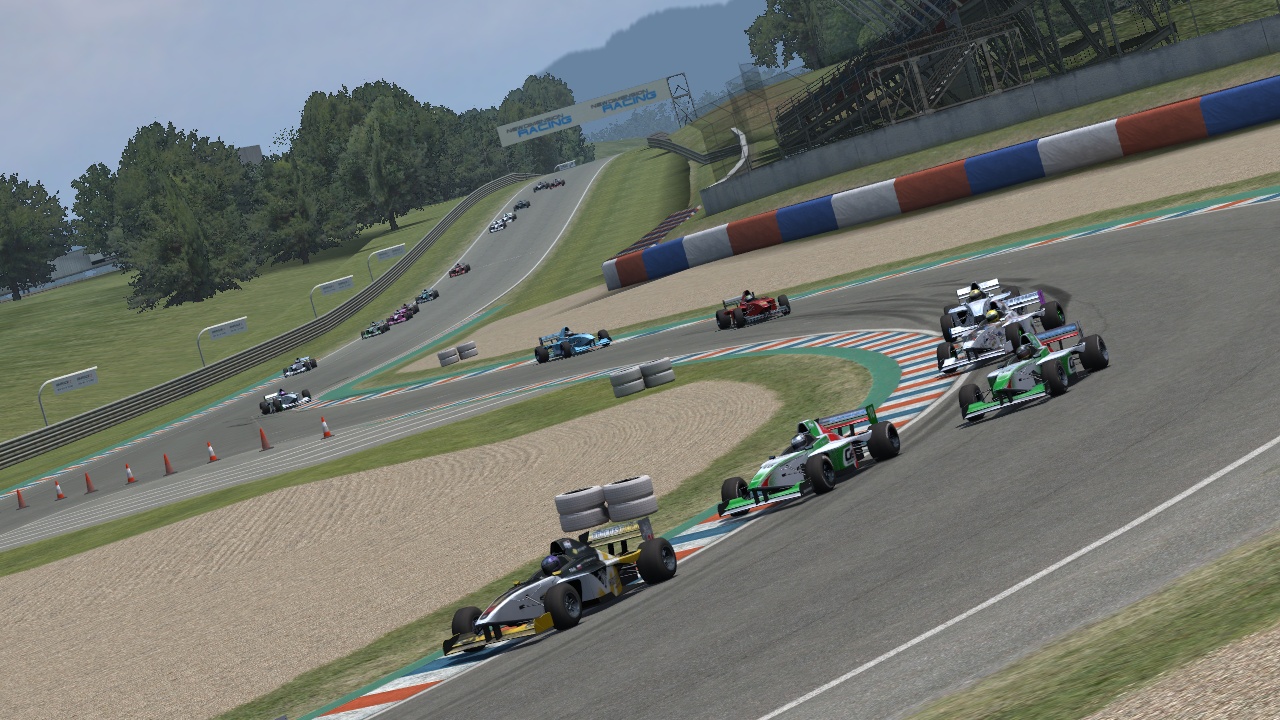 The series will then carry on to the longest circuit in LFS, Aston Grand Prix. This 8.802 km long circuit challenges the engineering prowess of all entrants to balance the need for high downforce on the many fast turns, and the desire for low downforce on the two long straights on the circuit. The series will switch gears dramatically on September 28th and head to the unforgiving confines of the South City Long circuit. This technical street circuit will challenge even the most aggressive overtaker, with many brave moves to be made. Two weeks on from South City, the racers will face another tight circuit, this time in the "Kilimanjaro Circuit" layout - so named as the circuit length very nearly equals the 1 kilometer high peak of Mount Kilimanjaro. 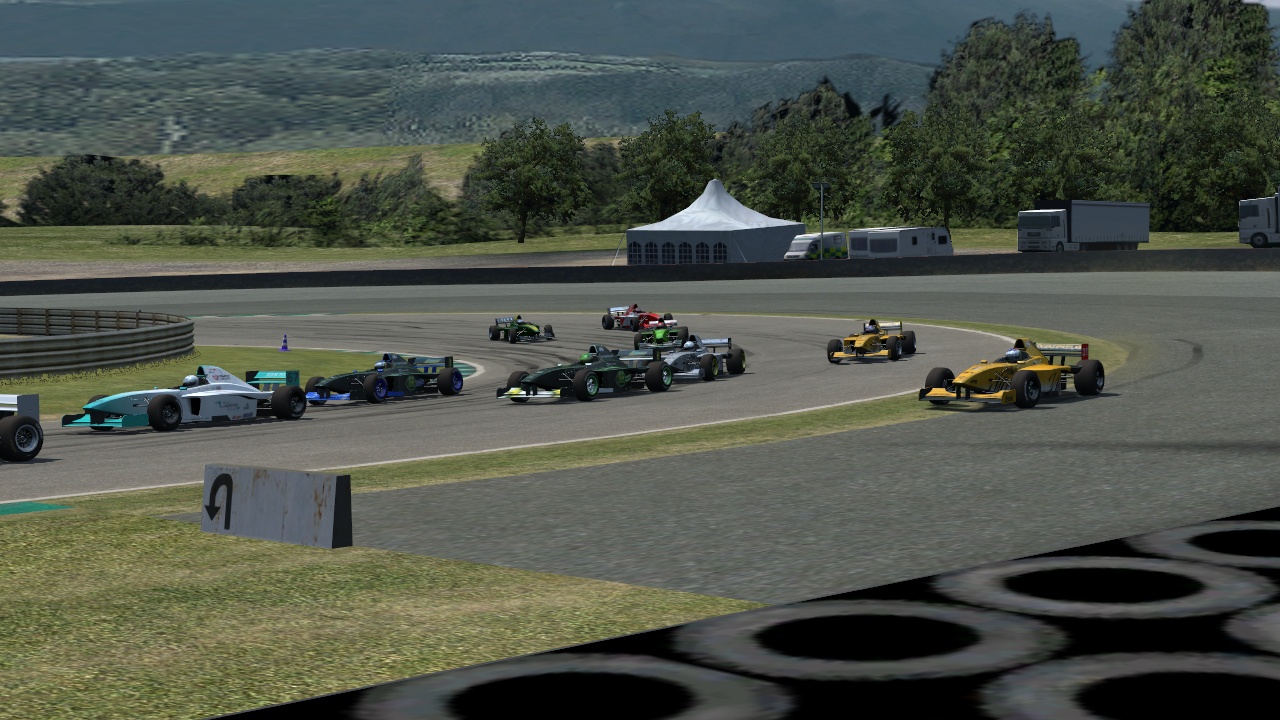 The 2014 Campaign will conclude with two fast circuits - Kyoto National Reversed and Westhill International Reversed. Kyoto will feature many slipstream battles on the oval section of the laps; and we look forward to possibly getting to use the updated Westhill International version on 9 November. The season schedule is set to challenge drivers of all skill levels, and provide some great racing. Last season's attendance was disappointing, but we hope with the recent update news, LFS will experience an uptick in interest.