Champions galore at the beginning of the new season!

Tonight the new season begins with racing at the Fern Bay green track in the FOX. But before the new challenges begin, let's look back at the last season:

We had a lot of newcomers this season to make it a lot more difficult at the top of the leagues: Muc, Stankus, Error, Jona, to name a few. So it wasn't a piece of cake for the oldies to regain the Cup.
Mazdarati and Black did fight for the cup but there were races where the newcommers took first place.
We had several very nice fights and also wierd incidents, but overall the races were very friendly and in a good companionship. Nice to see that our leagues still are doing very well.

In the S2-league overall championship Mazda again took the crown, but Black never before came this close with only 7 points separating the two. Daniel was the surprise of the season with a nice third place. He drove very consistant and shows that this way of driving can have it's result:

Then of course, we had the other classes for the not so fast racers. Here are the results:

Here also Mazda, Black and Daniel took the first 3 spots of the podium.

Here the teammates of D-D racing DannyS and Lucas Mcfly were the best followed by Toberkel.

In this class Weaver was the best racer followed by the two teammates of Team Cola Lenker Gutholz and Knistling.

And then we have the rookie league, were newcomers can show what they are made of, challenging the already estabilished pack:

Stankus and Muc were a real nightmare for Mazda and Black, they were FAST! So hopefully they will return next season, to have a go at the championship.

The other league that was running last season was the ultimate F1-league with only the F1 car in it.
Here Mazdarati was the best again with a big leap to Black and Daniel, sharing the second place. Bandes took 3rd place:

So this summes it up about last sesaon. Hopefully you will all return next season for our action packed races.

See you all next season at www.absolute-beginners.nl 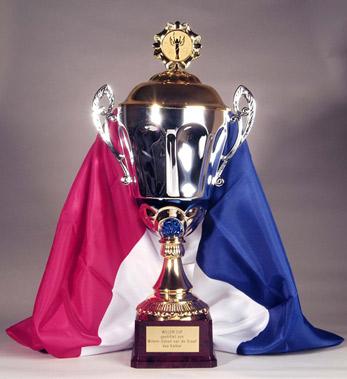