SpeedCore Racing with a fantastic debut! 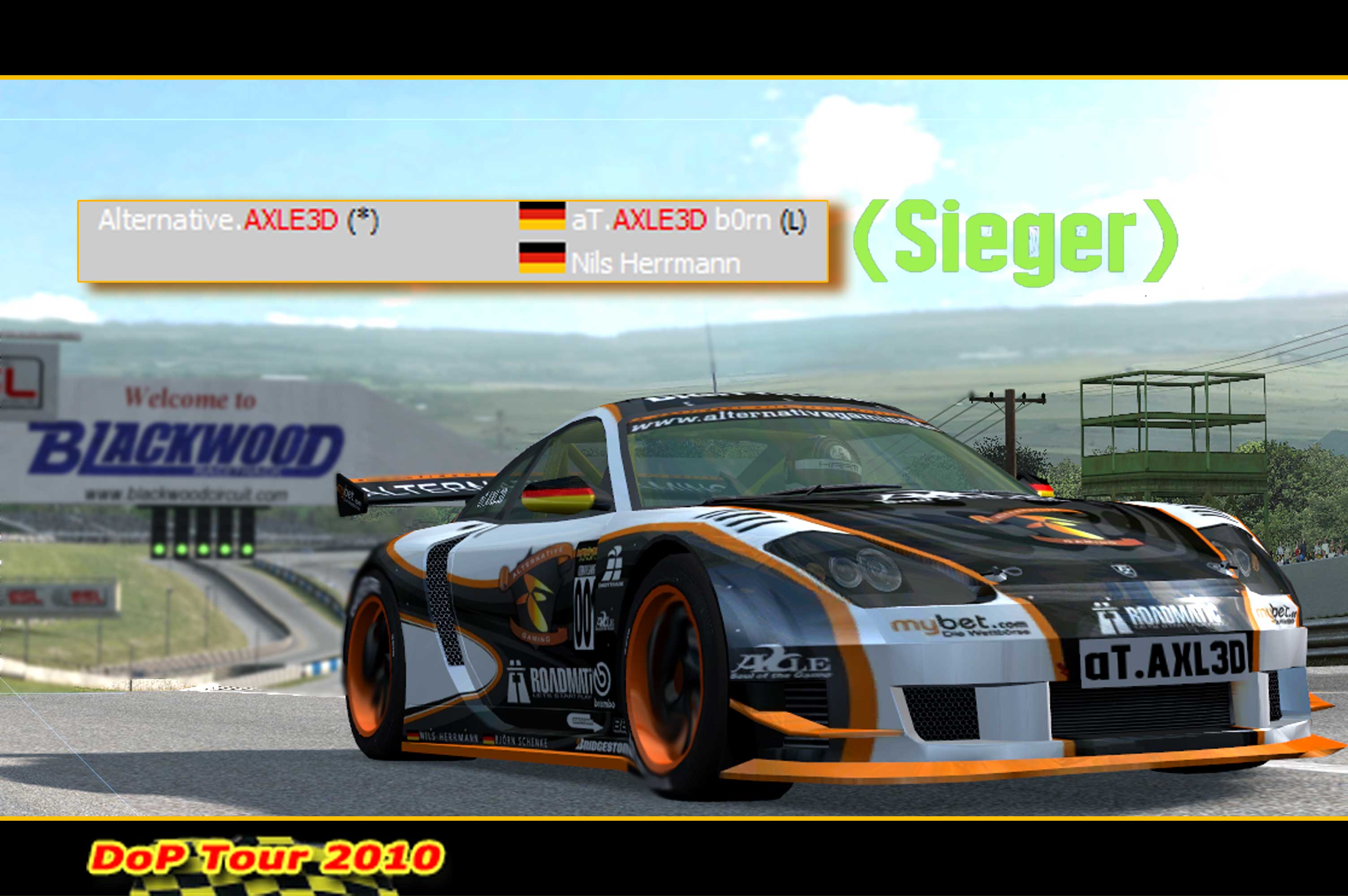 Alternative.AXLE3D with the fastest FZR
Blackwood the second DoP race has shown us an amazing race and a thrilling
competition at the tops. Especially the GTR-Class offered a really interesting
competetion between several teams and drivers. Some new teams
challenged the DoP, so the €.Team GT1 #1 with the old fashioned XRR but
within a fantastic speed. 'n!faculty', winner of the last race, was after 78 laps
on three, Minestry of Speed placed on second and Alternative.AXLE3D won this race! 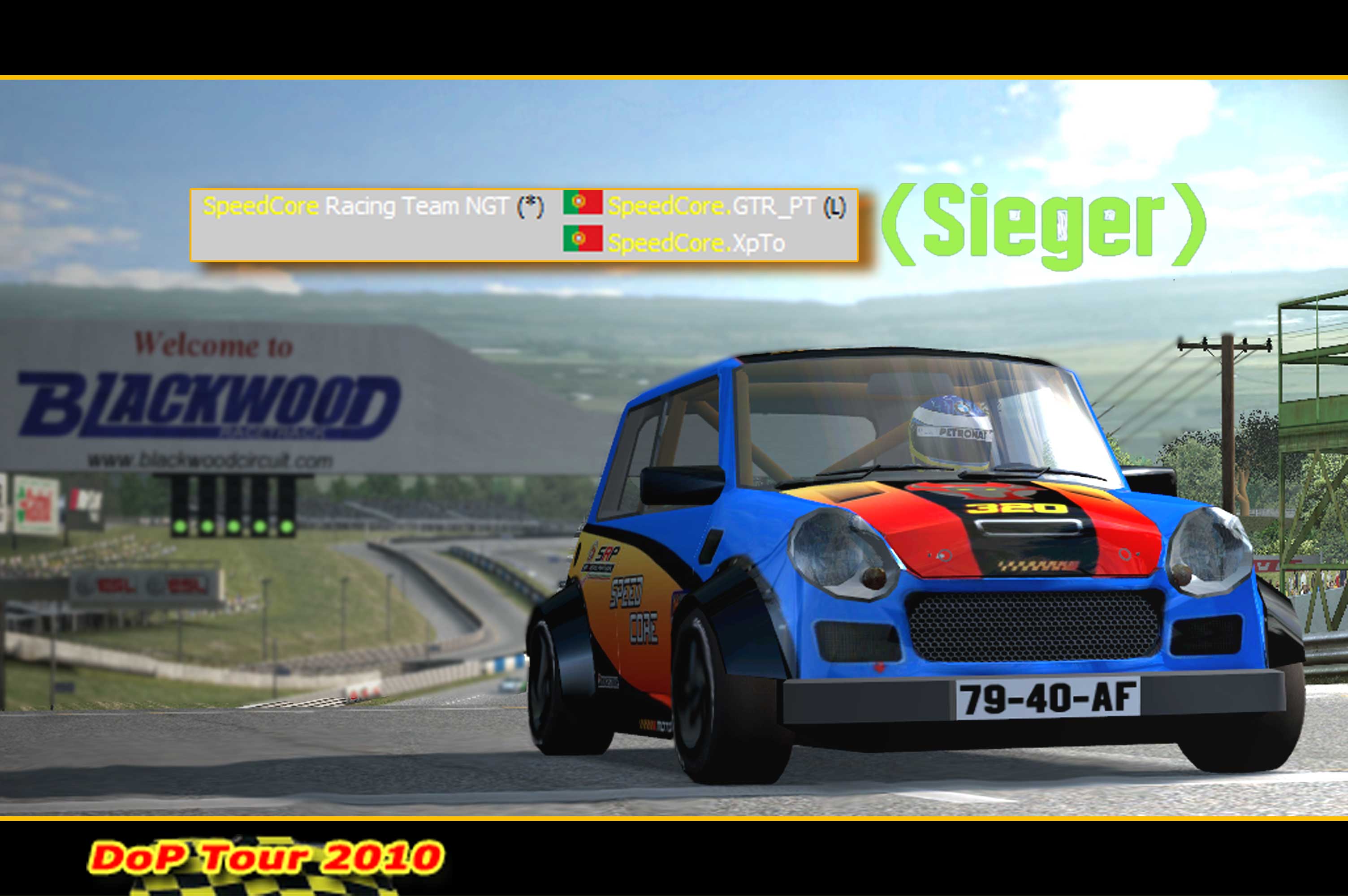 In the N-GTR Class: Speedcore unimpressible
"Born Winners" are these the right words to describe the debut of
the 'SpeedCore Racing Team NGT'? For this race the answer is yes, and Blackwood
was the right course to do so! The portuguese N-GTR team in their perfect adjusted
UFR has had no probs to win their race. 'Xcite | Mettwürstchen-Express' finished on
second position. The N-GTR Team of 'Concept Racing' reached on third the podium. 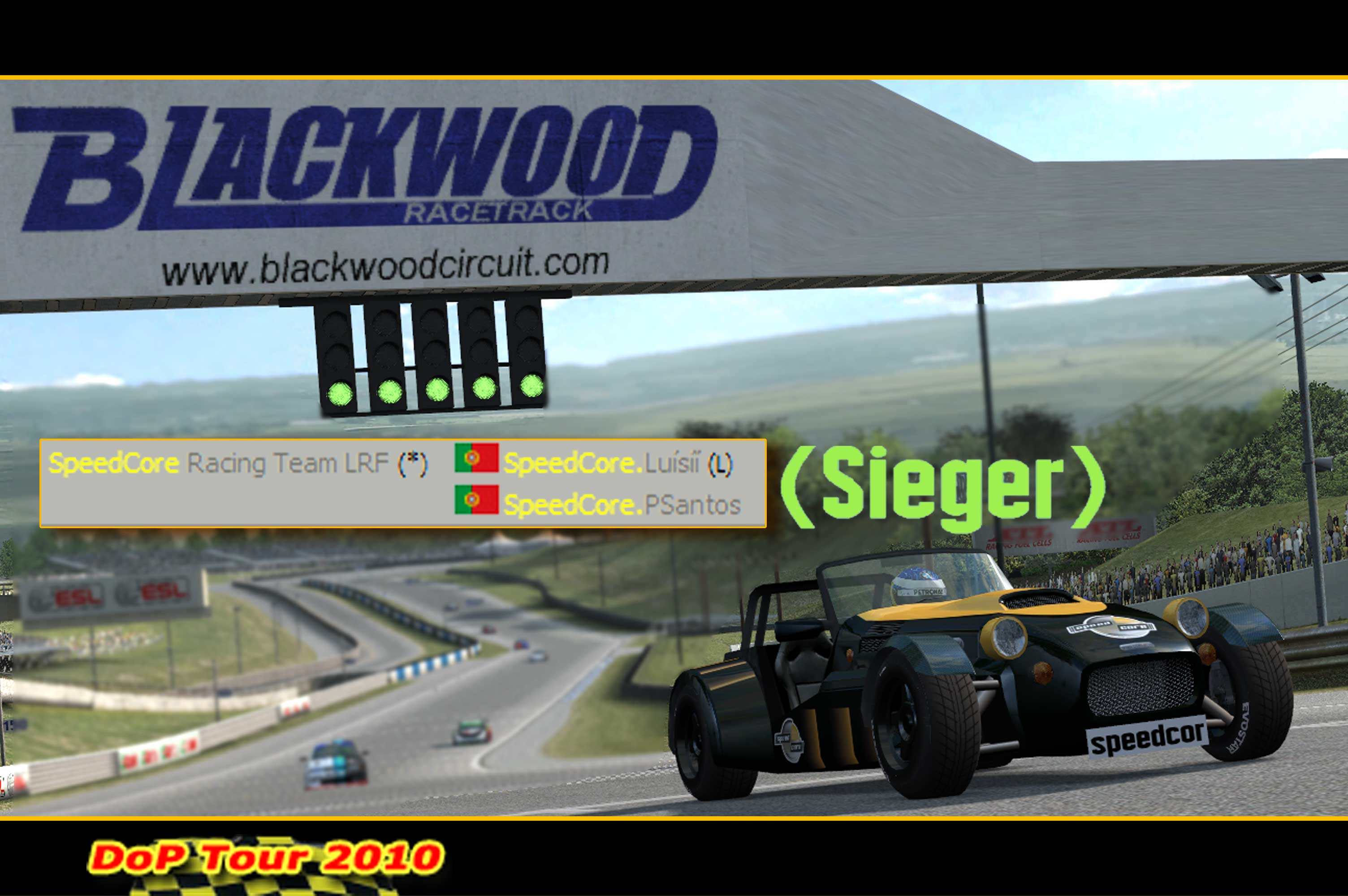 Speedcore again: The second victory on this raceday
One of the most excellent class is the LRF Class. Skill, overview and patience
are important qualities to survive such races by using LX6, FZ50 or the RAC.
Here, too, many interesting fights and overtakings, amazing traffic and a fantastic
speed of the 'SpeedCore Racing Team', again. The only team kept pace with was
'Sonicrealms Racing'. But technical problems were the reason for the DNF.
For HoR the right moment to fix the second place. The third place reached
'Concept Racing' in their difficult and heavy to drive FZ50.


You can get all further Informations, replays and results here:
http://www.bc-racing.de/Burnou ... ?navigation=dop_standings

Now we visit one of the finest designed tracks, Kyoto National. 12 hours endurance racing in three
classes, several cars and many drivers! It seems that we will start now in two grids, so you could
join the DoP 2010 to race with us! Sign In!
Back to the overview
FGED GREDG RDFGDR GSFDG