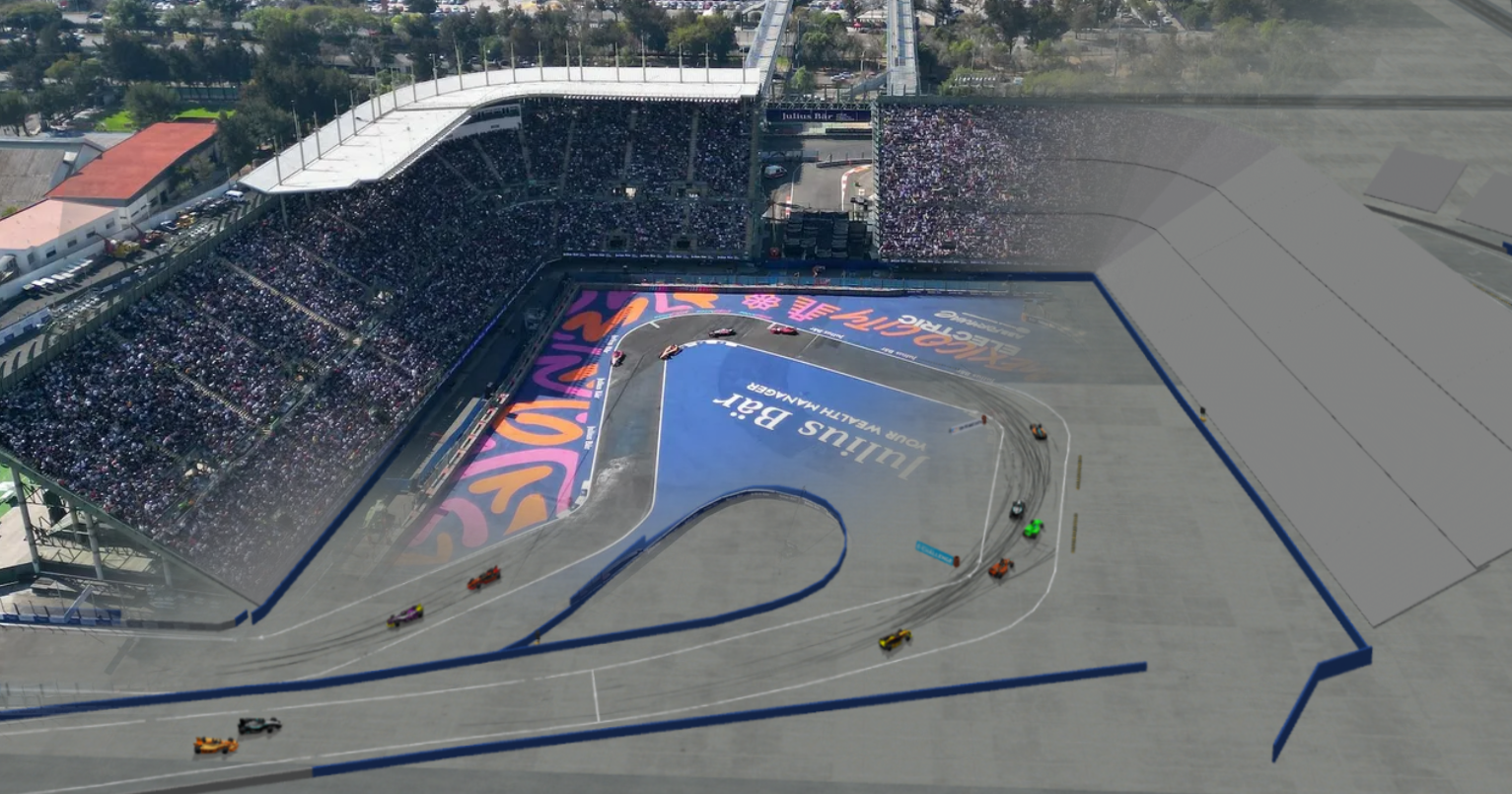 The first round of the long anticipated E-Challenge 2023 saw some intense racing on the tight and twisty Mexico City E-Prix circuit replica. 22 drivers from 13 different countries showed up for what is considered the most complex racing series ever attempted in Live for Speed.
Energy management, dynamic weather, tactical tools, safety cars - just to name few elements breaking the otherwise sterile nature of simracing.

The first part of qualifying was rather straightforward, Gábor Gyüre extracted the most out of the two available hotlaps, followed closely by Niko Puntola and Gabriel Lara. Top 8 drivers advanced into the second part of qualifying, where pairs of drivers competed against each other, advancing further into semifinal and final duels. Gyüre came out on top as he denied Lara from setting the better time in the final duel. P3 went to Niko Puntola and P4 to Rik Kardol.

Race 1 started in a pretty big fashion, as only three turns were enough to require the presence of safety car. After the race was restarted, another caution followed immediately, as Y. Bidal crashed hard in Peraltada. 3 laps were added to the total race length after the second safety car period concluded, anticipating uninterrupted run to the line. No more major accidents had happened afterwards, places were traded frequently in the leading group between Gyüre, Puntola, Lamerto and Kardol, but the Hungarian kept his head down and refused to give a chance to others.

Gyüre won in a rather glittering fashion followed by Imran Azhar, who had incredible charge forward in the last laps in P2, and Niko Puntola completing the podium. Rik Kardol was the biggest loser, as he seriously miscalculated and lacked half-a-lap worth of energy in the last lap, and barely managed to crawl over the finish line, scoring a rather unsatisfying 8th place, just ahead of Aleksi Lamerto and Reg LeBlanc who completed the top 10.
17 cars saw the finish line of the first racing session of the evening. 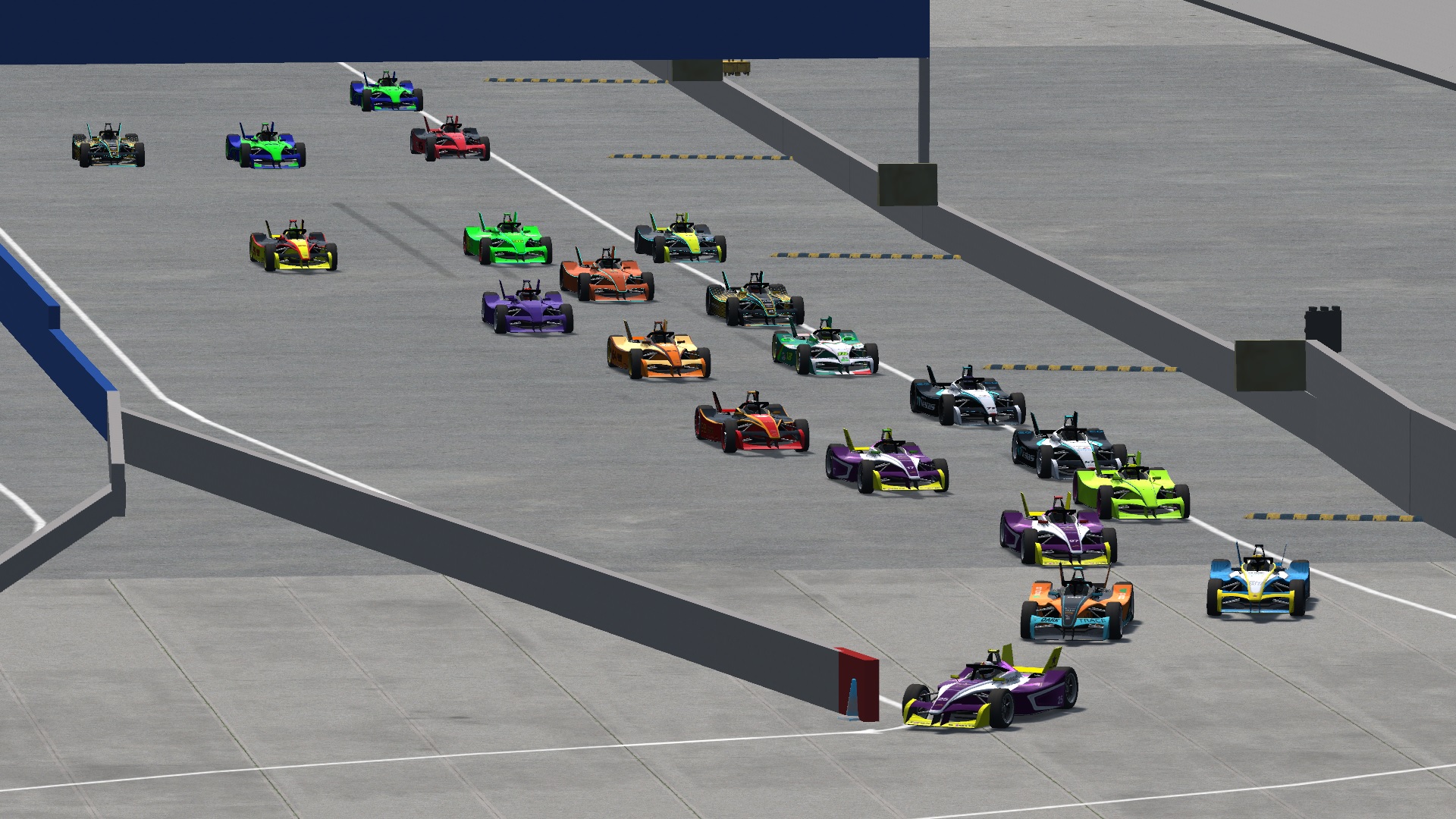 Soon after, the race 2 followed with top ten finishers from race 1 reversed. Three drivers received too much mechanical and emotional damage in race 1, as they were unable to attend the second running. Lights went green again with LeBlanc on pole and this time everyone managed to get a clean start and kept going in the one lap longer race than before. Carlos Eduardo took the early lead with Lamerto and Meade close behind. Jared Meade eventually took the lead from Eduardo on lap 16, just few seconds before the tables turned abruptly - a late safety car and a weather change suddenly turned the race progression on its head. As the field bunched up behind the safety car, a simulated light rain started pouring onto the track. With the track still dry, N. Puntola went for a gamble and dived into the pits for a tyre change.

On the restart leading J. Meade tried to achieve a perfect getaway, but went too hot into T1 and dropped into 4th place. Less than a lap later the track was declared wet, which means that the low-grip road tyres became mandatory. As everyone dived into the pit lane for new tyres, one man who took the gamble that initially seemed to be a mistake was suddenly on the charge towards the victory, as he drove by a busy pit lane full of cars trying to adapt to new weather conditions. With 15 seconds lead only a mechanical failure could stop Puntola from winning, however behind him the racing got intense. Several fights occurred in the last laps, most notably between G. Gyüre and I. Azhar fighting for remaining podium spots and the Race Green Autosports duo of Rony Kronpušs and Lorenzo Lucidi few positions behind. While the first mentioned were mostly playing cat and mouse game, occasionally avoiding spun cars on the track, the two green cars behind were constantly trading positions until the last lap, where they collided and allowed J. Meade to be promoted to P5.

Niko Puntola won the race with a commanding fashion after the gamble during the safety car, Imran Azhar finished once again in second place and Gábor Gyüre completed the top 3.
16 cars made it to the end of this action-packed race as the drama finally ceased. 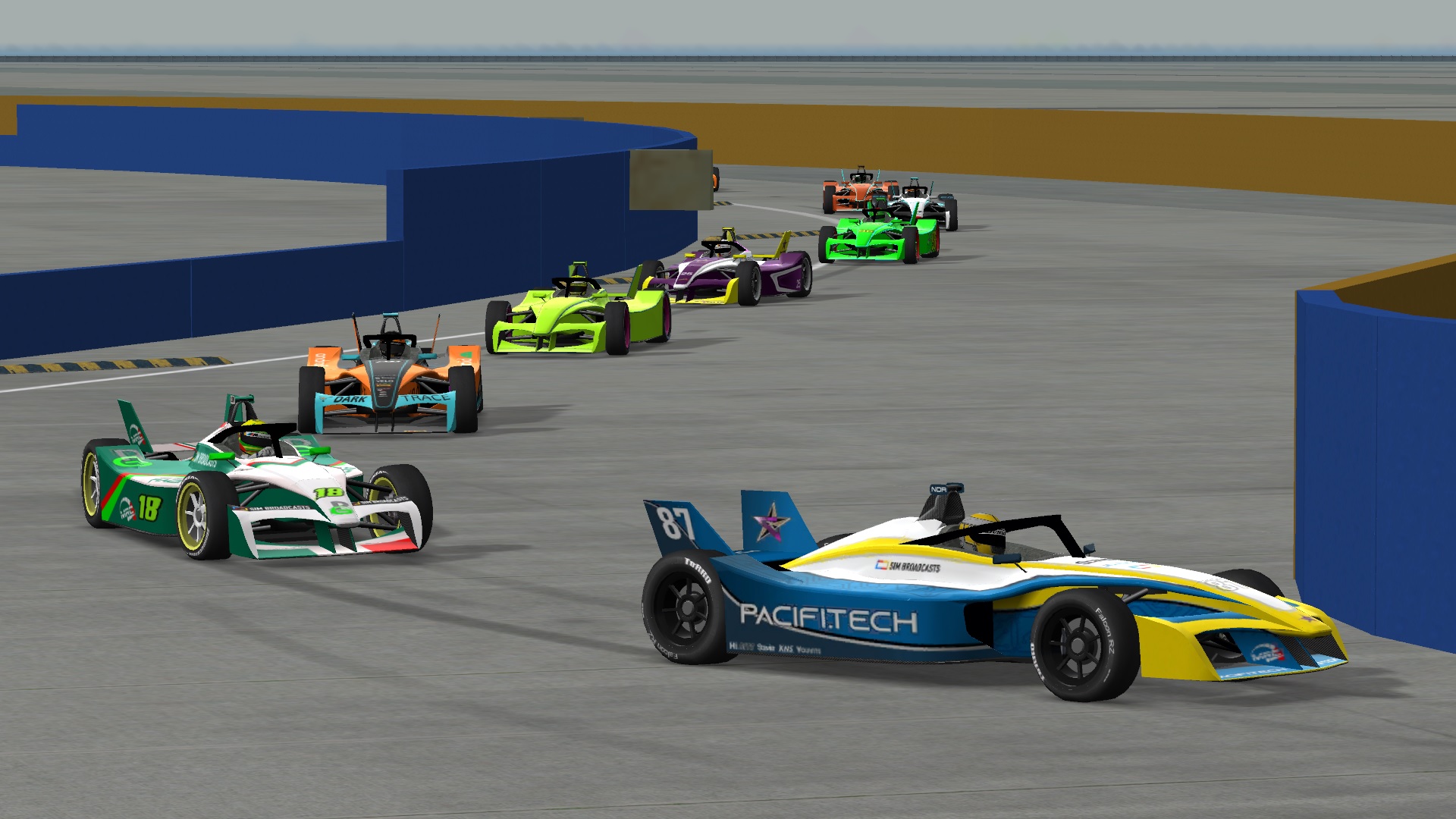 The E-Challenge now takes a 4 weeks break to give a room for other racing series, but we will be back on 12th February, when we race at the Berlin E-Prix layout replica. This event will be slightly different though, as the race 2 of the evening will run in the opposite direction (as is usual for Formula E in Berlin).


Here is the broadcast replay link, so you can re-enjoy the action:
https://youtu.be/guW3LH-4e6E

Thank you for following us. If you'd like to participate, you are welcome to join and race with us.
Back to the overview
FGED GREDG RDFGDR GSFDG