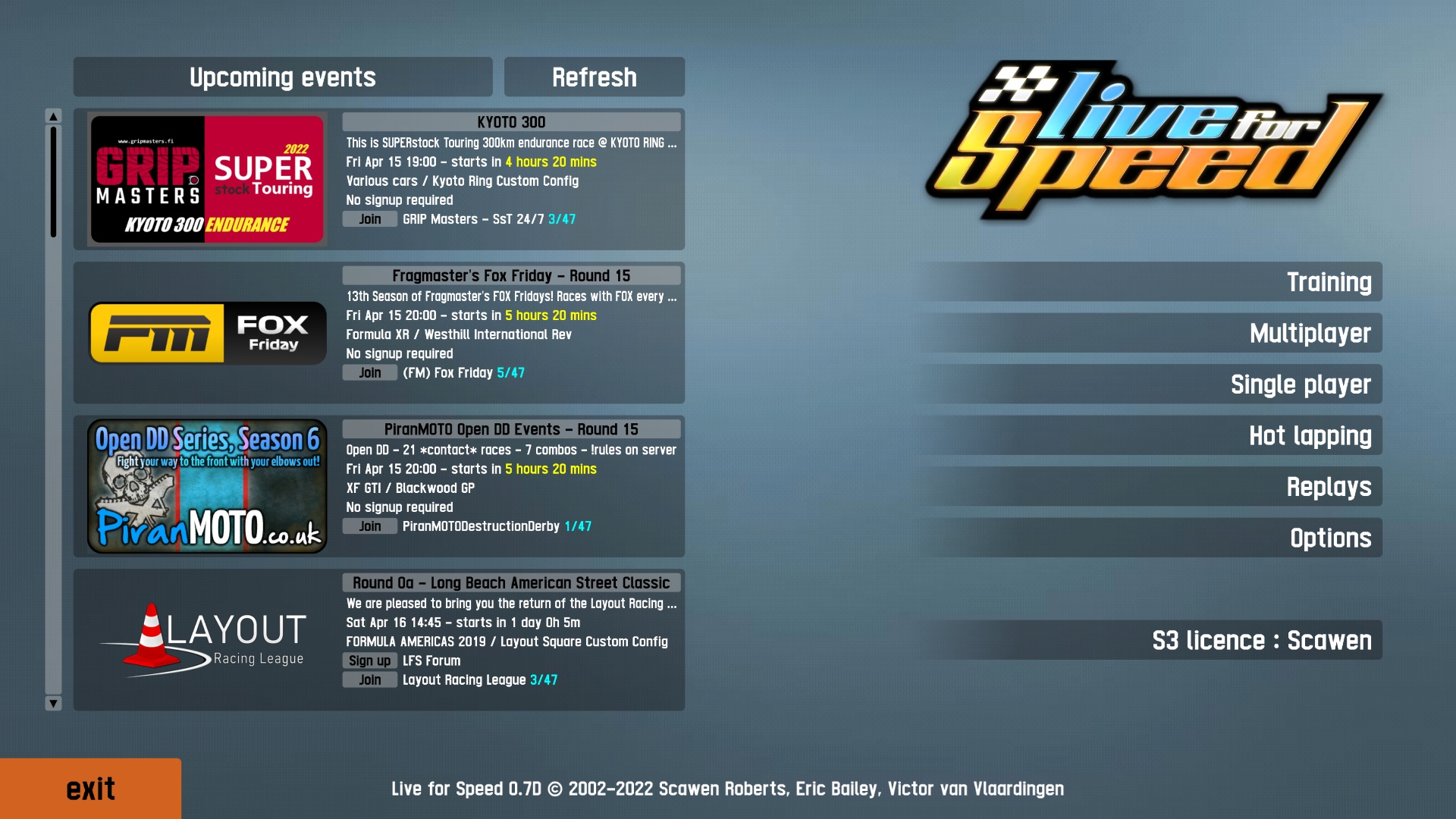 The list of events now shows a countdown to a live stream if it will start within an hour. The number of racers on an event's host is now displayed, either during the event or when it is open for practice. A lock icon is shown if you will need a password to join.

The other changes are mainly fixes for a few issues that were found in the recently released version C, and some user interface improvements.

See the full list of changes and how to install the update on the Live for Speed version 0.7D page.