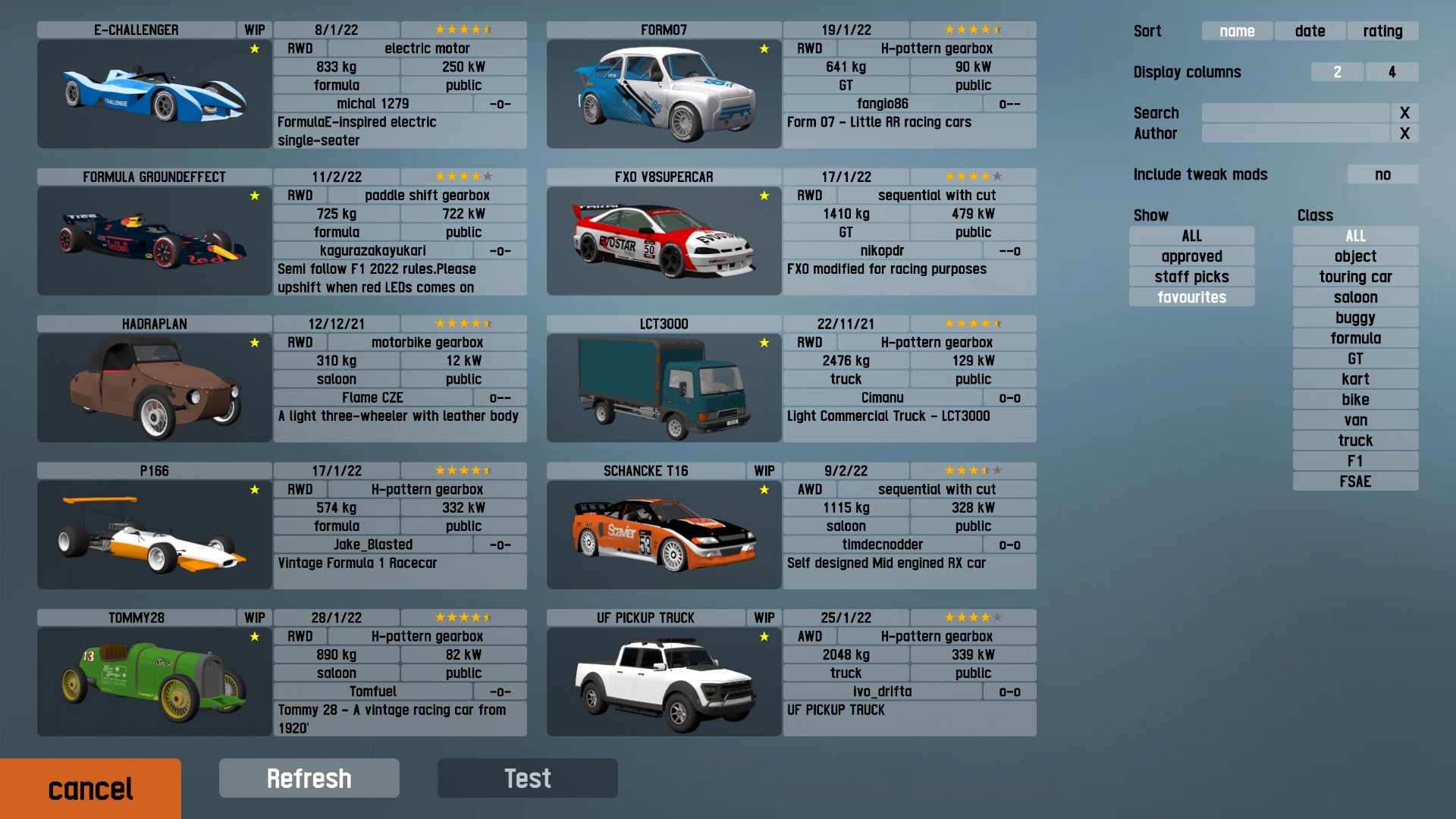 It is nearly two months since the release of the new mods system which has been very popular and well supported by the community. We have made a lot of improvements in LFS since then and you can now get them in a new patch, 0.7B.

The mods screen looks better and works more efficiently. You can now set favourites and rate mods from in game. The ratings help mods become approved when they are well received by the community.

There is a new skin viewer mode in the garage which is useful when you are working on the paint job of an LFS car or a mod. You can also export a plain skin template or a wireframe from the garage as a starting point for a skin.

Support for electric vehicles has improved, including regenerative braking. AI paths can now be generated for mods and there are various fixes and improvements.

Community members have been creating a lot of mods. Our reviewers have found it hard to keep up as so many have been submitted. It is important for us to check the source of models to make sure that copyright is respected. Reviewers have also been checking some of the best mods and giving them an 'approved' status which allows them to be displayed more prominently. To help the reviewers we have now implemented a 'public review' system in which new mods will appear on the forum to be checked by S3 licensed community members before they are first published.

See the full list of changes and how to install the update on the Live for Speed version 0.7B page.