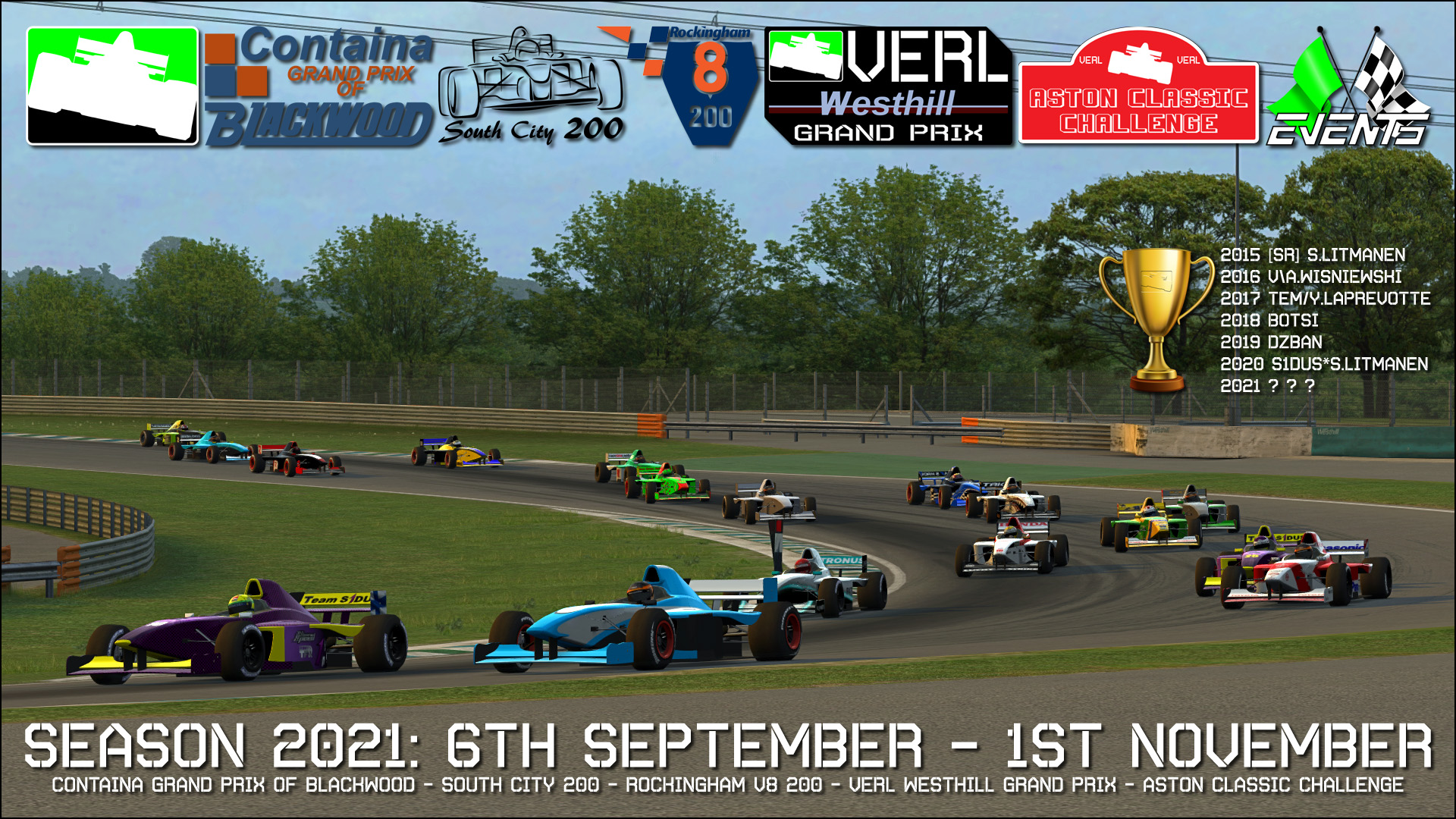 The 6th season of VERL brought to Race Green Events leagues the first ever returning champion,now it's time for 7th season - will it bring the triple champion,2nd double champion or a brand new one? This is something we have to find out during next 2.5 months in the league using the fastest aids free car of LFS - Formula V8. To award best drivers,Race Green Events will present small money prizes for 3 best drivers of the season. This season league has been moved to other weekday due too tight schedule on original day - the 2021 VERL will be run on mondays.

League race format is quite simple and hasn't been changed - every round features 20 minutes free track qualifying and race,where lapcount is set to minimum to exceed 200 kilometers. League will offer pure racing without any strategies as there will be no mandatory pitstops,neither "hardcore simulation" will be enforced to keep things simple - everyone can telepit in qualifying,also Safety/Pace car will not be used.

This year's schedule will feature 3 returning tracks,one used before in other direction and one new one. Season will start in the shortest but in most areas also the widest course of the season - Container Sprint configuration layed out in Blackwood's container storage area,which will torture the drivers with quite uneven surface. The configuration was used in 2017 season and racers was plagued with several tyre failures. South City's longest standard configuration has been used before in the VERL,but this season it will be run in reversed direction. Middle round of the season brings the only completelly new configuration - Modified Rockingham's Historic configuration. Modifications include both first original chicanes,where the 1st one is bypassed over oval and 2nd chicane is made much slower. 4th round is a visit to Westhill,this year we will run the shorted National configuration in reversed direction. Season finale will be held on the short Club configuration of Aston - a great place for one last final fight for champions title!