STARL 2021 brings a racing trilogy with 70€ prizepool for top3 racers. 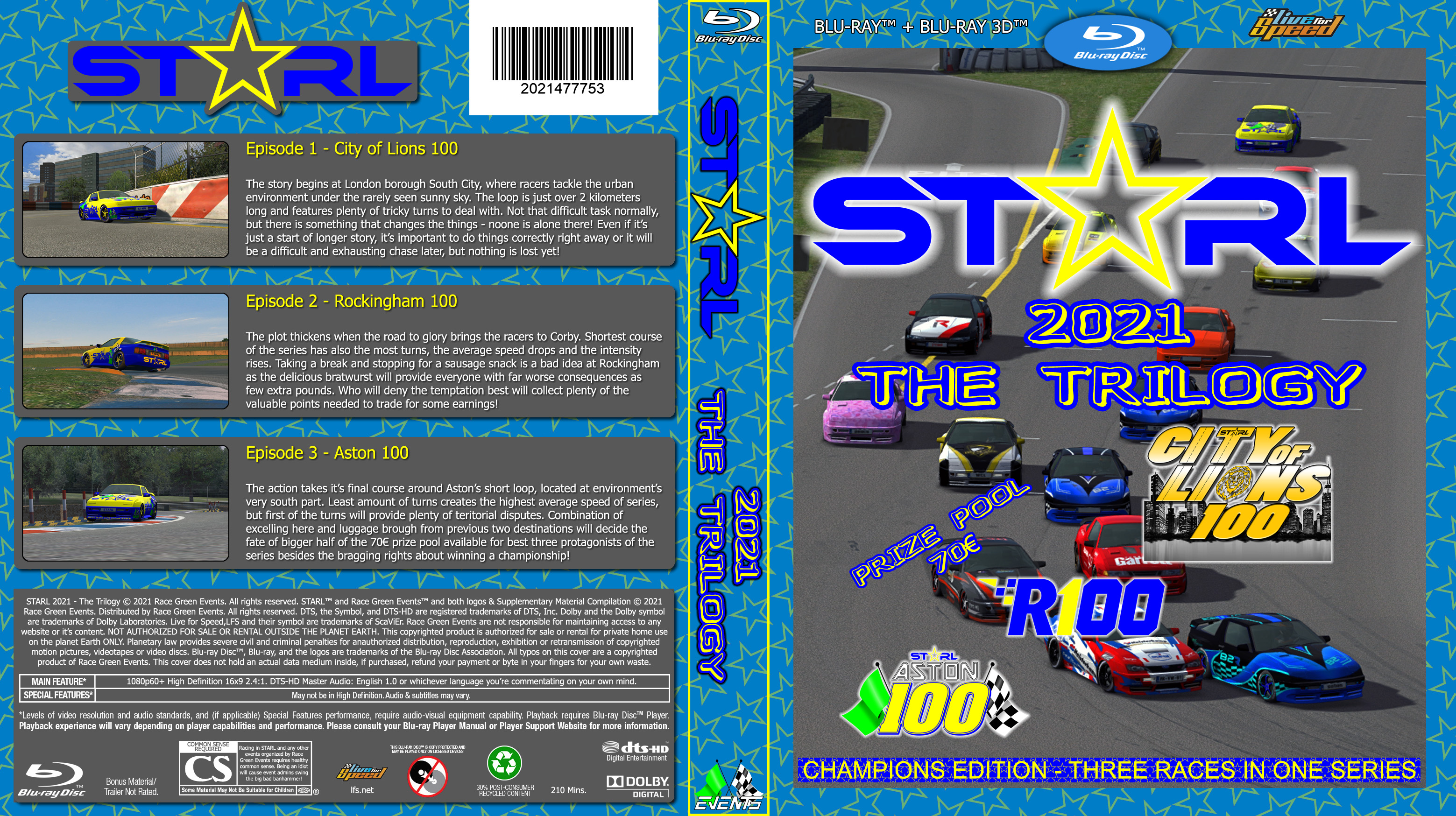 2 years have been completed racing short tracks and this summer it's time for the 3rd try - competition so far has not been very strong,so this year league returns shortened and with some changes to hopefully improve the competition,while small prize money will be awarded to the best racers this season. The car for STARL will stay the same again - it's the front engined rear wheel drive XRT,delivering 247 horsepower from it's 2 liter turbocharged engine,while car's dry weight is just over 1200kg. XRT will stay as STARL official car as long as there is other car added to LFS lineup deemed to suit better for format of this league.

Changes this season will include departure of the most criticized (and ironically also league's most attended) round Dusty 300. Instead the shortened 3 round season will have two returning tracks and one brand new. Nominal distance of races has been reduced from 150 to 100 kilometers,reducing the race time below one hour. Season will kick off in South City,racing it's Sprint 1 configuration,which is also the longest circuit of the season with length just over 2 kilometers. STARL will use an open configuration solution for better pitlane and usage of South City's original garage area. 2nd round will visit the slowest course of the season - Lake Extended configuration run in reversed direction,this Rockingham configuration should be well known for RTFR regulars,but also they will have to adapt for racing in other direction. Season finale will be held at Aston,using the same configuration as last year - South. The course features two different tightening 180° turns and a chicane,which should be a great place for championship decisions as turn one of the track allows multiple fast lines through it.

STARL will be run in the same time as both last years - sunday evenings 19:30 CET / 17:30 UTC. Racelenght will variate between 45 and 55 minutes due different track average speed - the tight circuit of Rockingham is by far the slowest and will require few minutes under one hour to complete 100 kilometer distance.

To award racers for their performance,Race Green Events offers a prize pool of 70€ for best three racers in overall standings,where bigger half will go to the series champion.