The decade season of AWS offers money prizes for the series challengers! 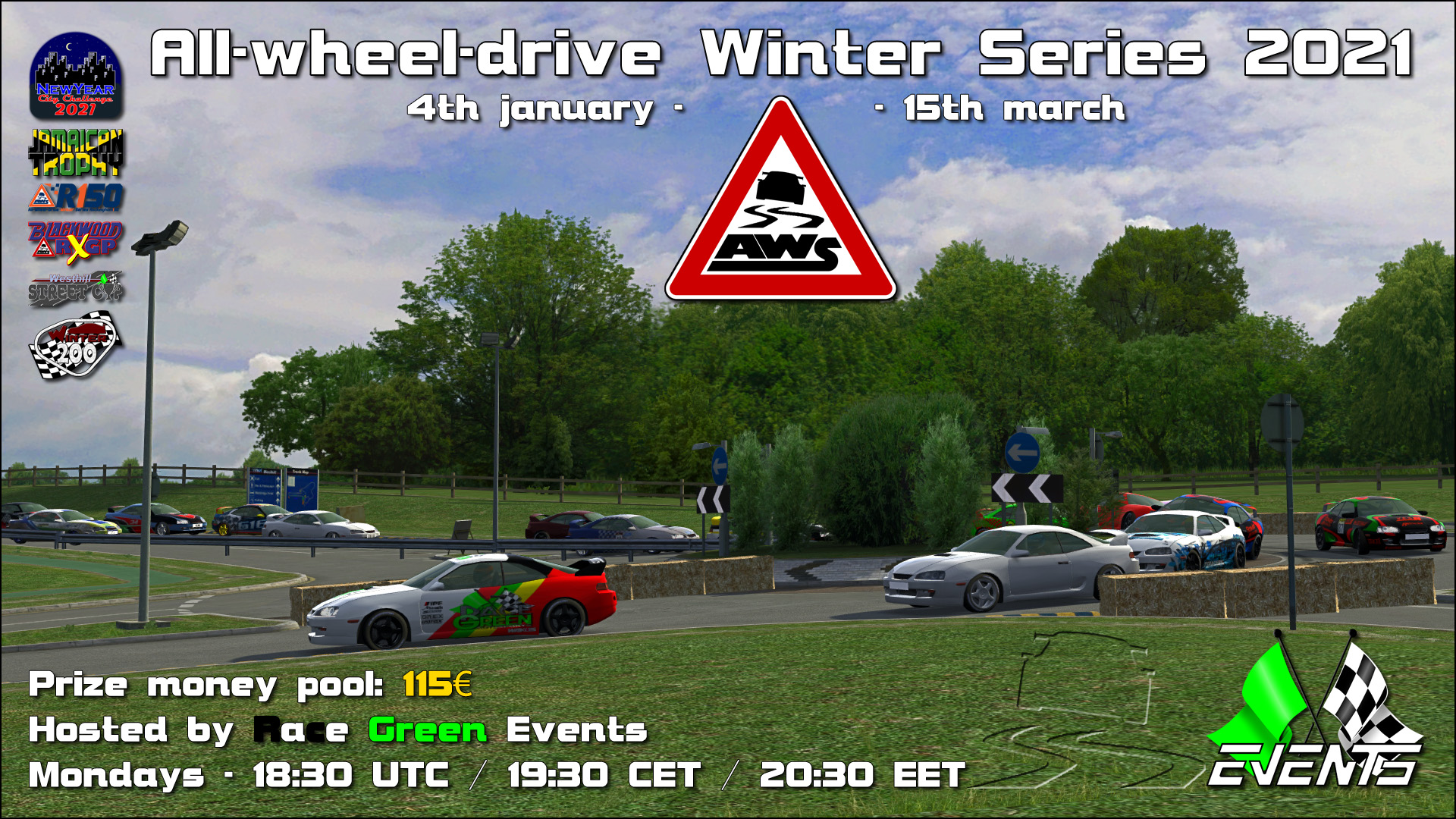 The decade season will offer a 6 rounds season,using each car in 3 rounds. As always a wide variation of tracks is used including short rallycross track,street course in an urban environment,support roads track and high speed ovals,meaning driver have to master very different conditions to become a true AWD cars based series champion! 9 seasons have brought 9 different champions to the league,which shows that it's difficult to stay on top of this challenging championship. To spice things up a notch,small money prizes have been reintroduced to AWS as an award for the effort.

This will be partially a year of returns,including 2 rounds run every single of the previous 9 seasons. First of those is the race in South City's streets - again a season opener NewYear City Challenge will be run in darkest available lighting conditions,this year using FXR in the Town Course configuration. Round 2 is a return of a track used only in previous 2 years - back then it was a 100 laps race with FXR called SuperX 100,this year distance will be reduced to 80 laps and run with the more apropriate RB4 and will carry the name Jamaican Trophy. Each half of the season will finish in a high speed oval this year - 1st half will be a return of Rockingham 150,which was hosted in 2017,just like back then,also this year it will be run with RB4. Blackwood RXGP has been off the schedule just once,so it's still considered as the classic of AWS - the FXR run on Blackwood's Rallycross configuration,this year in normal direction. Final RB4 appearance in the season in 5th round will be Westhill Street Cup - as always it's a different layout for this round,this year the 9 kilometers long Westschleifenring will scare drivers with highspeed configuration where each mistake can destroy a race. Winter 200 is the only round used as season finale more than once,so it's very traditional way to finish an AWS season in the Kyoto oval running FXRs,so why not also in the decade season?

Kinda ironic that in the decade season AWS is returning to day it started - to monday! The season starts in very first monday of the new year - in 4th january and will be run with gap of 2 weeks between rounds until mid march. Also starting times have been slightly changed - event will start half an hour earlier in 18:30 UTC!