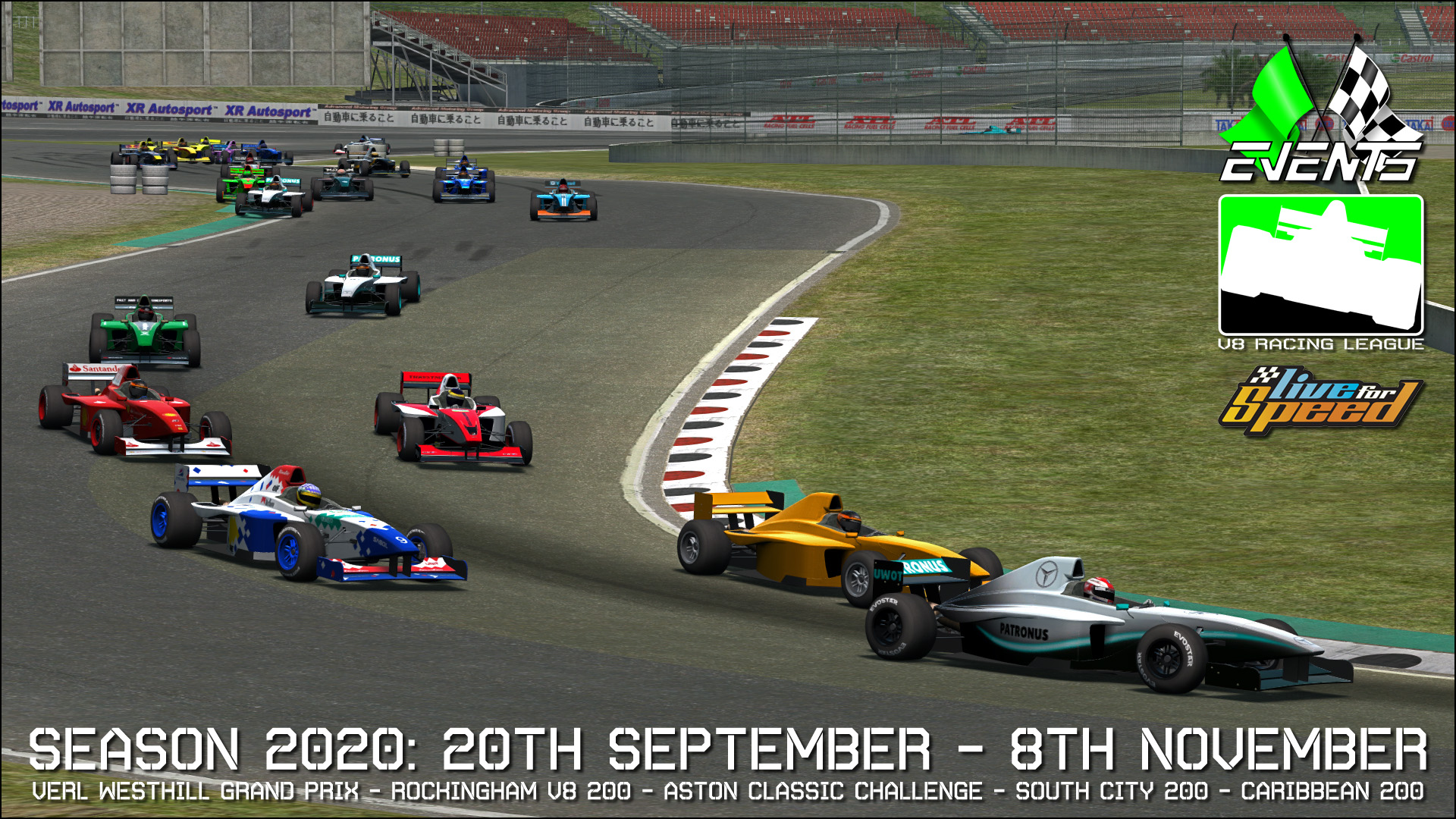 After 5 years of V8 Racing League existance there have been 5 different series champions,5 different teams champions while the dominating 4 times nations champions were enthroned in the previous season - there is a lot of intrigue before the start of 6th season of the league using the fastest aids free car of LFS - Formula V8. Will there be a 1st ever repeated champion in any of Race Green Events yearly leagues or will there be a new driver who steps up and writes his name in league history with golden letters? Which team will take over the lead this season? Will Finland be able to regain the lost nations cup or will Poland be able to defend it? These are questions that will be answered during next 2 months on 5 different racing locations at this racing simulator.

League race format is quite simple and hasn't been changed - every round features 20 minutes free track qualifying and race,where lapcount is set to minimum to exceed 200 kilometers. League will offer pure racing without any strategies as there will be no mandatory pitstops,neither "hardcore simulation" will be enforced to keep things simple - everyone can telepit in qualifying,also Safety/Pace car will not be used.

The schedule of the 6th season has some changes once again,it will feature 5 rounds,2 of those have been in every season,one of them left 1 season off,one returns and one is brand new. The usual season final round now will open the season - VERL Westhill GP will feature the longest circuit of the season - Westhill's National configuration. A configuration never used before in any RGE races will be run in 2nd round - Rockingham V8 200 will be run in Rockingham Sportscar configuration,which will bypass the useless 1st chicane in VERL's version. The season middle round Aston Classic Challenge will feature a very classic short configuration of Aston Club. South City 200 will return to Chicane Route configuration,this year run in reversed direction. But season finale will take place at the Caribbean island of Jamaica,using Fern Bay's Gold configuration - this will be first ever VERL race at Fern Bay!