Basic because little in the way of street furniture, but there is arrow and countdown markers where required, and track is divided into 4 sectors using 3 checkpoints to split the sectors.

The route is between armco barriers. 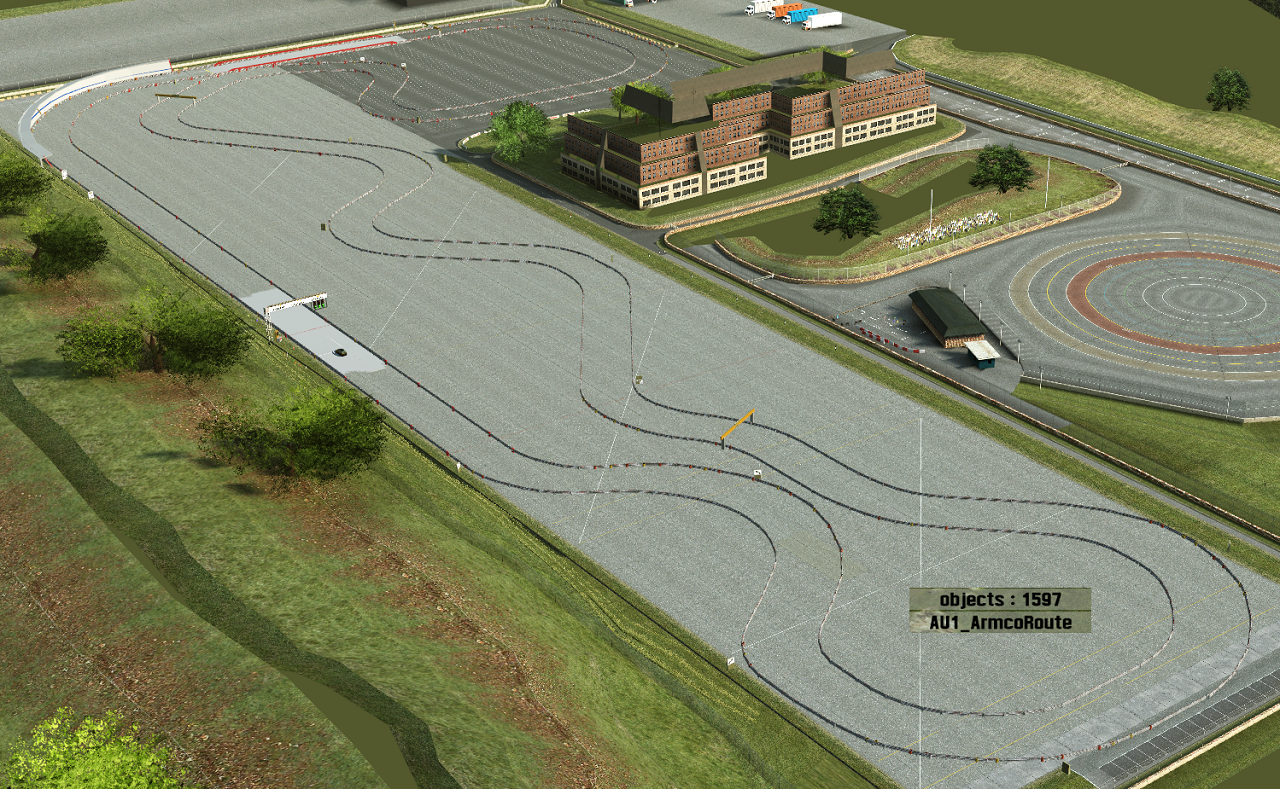 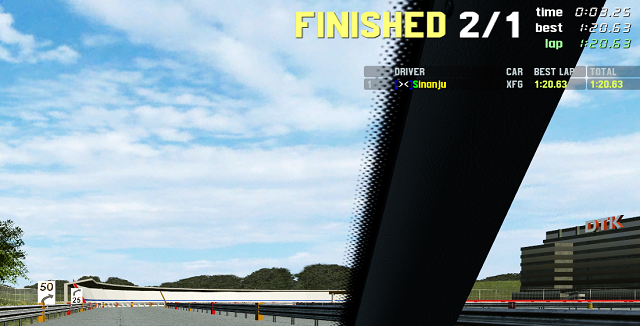 I've included the set I used if anyone wants to try.

If anyone interested, (and who would be?), the way I made this layout (don't always use this method), was to create a route by laying down 16x16 slabs in straight lines and curves, then driving round, changing route as I did laps (especially if I fell off the slab going round a bend). Once I'd done a few laps, went into overhead view to look at slabs and my skid marks, which gave me good idea of where track should be, then placed tyres to show where I should place barriers. Once tyres placed to give me inside and outside track limits, done more laps seeing if I could keep between tyre barriers, and moved tyres where I thought applicable. Once I had track potentially as I wanted it, I replaced tyres and slabs with armco fencing until I'd done full circuit. Then I added couple small ramps, signage and tyres in barriers.

Tyres in barriers to stop people using armco as bumper rails to help get round the turns. You can still use them, but because layout is Autocross rather than race, lap time will increase everytime you hit a tyre.