For a long time, we have not allowed much discussion about VOB mods. A VOB mod is a model that changes the shape of a car. Originally these could sometimes allow users to cheat online and were associated with hacking, so we did not allow discussion of it on our forums.

However, we know that many people who make mods are really being creative and enjoying some more of what LFS has to offer. So we are now allowing the sharing and discussion of mods in a new forum section, although we are not doing anything else to support mods at this time.

[EDIT: The new section is currently closed while we discuss rules and possible legal issues]
See below: https://www.lfs.net/forum/post/1955839#post1955839

Some rules must be followed:We hope that modders will enjoy the new section. [EDIT: Link removed for now]
Last edited by Scawen, Wed, 29 Apr 2020 21:22.
dekojester

If I or anyone wanted to run a league or organized event that would otherwise be under the leagues section, we’d have to run and advertise it in this VOB Mod section only, aye?
Scawen

I'm not sure how these things will go and should be careful about making up the answers on the spot. But I guess it would be OK for a post in the leagues section to link to another post in the VOB mods section.
Evolution_R

Don't know if this is the right place to ask but is it planned to raise the polygons limit of the cars?
dekojester

I will wait a bit anyway to work on an idea for this, to see how it sorts itself out, but it was a first question. If I think of any ideas/suggestions, I'll let you all know!
gu3st

I think this is an interesting development but I have some concerns, mostly in regards to copyrights. AFAIK this is one of the few officially sanctioned mod sections, with most being unofficial for the purposes of distancing themselves from any copyright claims.

It can be seen already with the first post being ripped from another racing game. Will there be further rules around posting ripped content? I'm concerned that this section could inadvertently put you and the other developers in some form of legal trouble.
klbbadd2002

I can not believe this is happening.


Reminder - This will not allow the use of VOBs on [TC] City driving servers as it completely destroys the contact physics between vehicles in the game. It will also destroy the contact physics in any racing server where some users use these "mods".
Last edited by klbbadd2002, Wed, 29 Apr 2020 20:10.
BerdyGaming

Excited to see how this will go, hope it works out well.
Scawen

Thanks, we are having a think about this.


This does not affect online usage.

The physics mesh (collision box) is included in the OOS check so the player is kicked if that is changed. That has been the case for as long as I can remember, otherwise such things would be used all the time. This change is only about allowing the discussing and sharing of mods.
Scawen

I think we acted too quickly. What I imagined was people making meshes representing real or fictional cars, which would be their own work. It probably sounds silly but I did not understand that immediately we would see cars copied from other games that are almost certainly copyrighted.

I guess we should have discussed it in public first but no harm done, I think.

So how about another rule, only allowing original work, and disallowing meshes from other games, unless proof of permission is supplied? Would there actually be anything to share in that case?


EDIT: Even if we disallow links to copies of cars from other games, we are also unsure about the legal issues of allowing representations of real cars to be advertised here. Maybe it is OK for people to make and share their own versions of real cars when not used for profit, or maybe there are issues there. Though I'd find that hard to understand. I think someone can make a painting of a famous car without permission from the manufacturer. Are polygon meshes representations, like paintings? Maybe someone knows the answers to these questions.
Last edited by Scawen, Wed, 29 Apr 2020 21:21.
Draggo

and most of "new" mods are made with this second tool

That's certainly the theory, and there were a lot that got caught by the OOS check soon after the collision mesh was added to it, however based on our (extensive) experience, it seems to be possible to get around this somehow.
There are a few things that we look out for and checks that we make that strongly indicate there is still an effect on collisions for at least some VOB mods.

There are still several other physics related hacks that seem to get past the OOS detection last I heard, so it's possible that some of the VOB related issues we have also involve .exe/memory hacks/something else to fool the OOS check.

Either way, the end result is that we still get collision-based weirdness (that's different from lag) where, more often than not, it turns out that the player involved has a VOB mod on the car they're driving (it's harder to check if they have a VOB loaded on other cars, but it causes the same issues).


We had considered lifting the TC ban on VOB mods after the OOS check was added, but it didn't sufficiently resolve the issue, so the ban remains.
Last edited by Degats, Wed, 29 Apr 2020 21:19.
Evolution_R

What if I change the name of the car, remove all of the logos, badges etc. so only the base shape is the same? I'm not a very familiar with the copyright infringements, but something that Chinese car manufacturers do - copy the base shape and change some minor details.
Last edited by Evolution_R, Wed, 29 Apr 2020 21:23.
mbutcher

Could not have said this better. This announcement is confusing for many reasons, most of all that there are almost certainly ways that people are skirting the OOS detection meaning that VOB checking is still prevalent on [TC] CityDriving by the admin team and we're still having people sending us screenshots of obviously VOB modded cars.

As such, this announcement may lead to problems in races too. I may not speak for everyone but having been aware of the problem that VOB modifications caused for [TC], I was never even tempted to run modified cars in racing for fear that it might cause problems in wheel-to-wheel situations.
Degats

Traditionally, this has often inadvertently also affected the collision behaviour. Since we don't know how the offending VOB mods get through the detection, we have a blanket ban to be safe.
Evolution_R

I'm talking about an offline use only. But anyway what if we can change the collision box - so the mods can fit the exactly ... but that can happen only with official mod support.
Last edited by Evolution_R, Wed, 29 Apr 2020 21:31.
Degats

Rockstar seem to be able to get away with it to a certain extent in GTA, though most of them have a similar level of "inspiration" as some of the stock LFS cars (though Rockstar use much more blatant names).

Chinese manufacturers have been known to be sued for copying designs, however the local courts normally side with the local companies and the cases don't go anywhere. It would be very different in western courts.

Well if it's modelled from scratch, even if it is a real car, should be fine. The main thing I noticed was your upload was a straight rip from Forza which is pretty cut and dried copyright infringement.
Evolution_R

There are two major problems as I see it:

2. Copyrights infringement - what if the real car models have a different name, no emblems, no badges (like in some low budget movies or tv series) so there is no advertising - example - CarX Drift Racing (we all know the car brand): 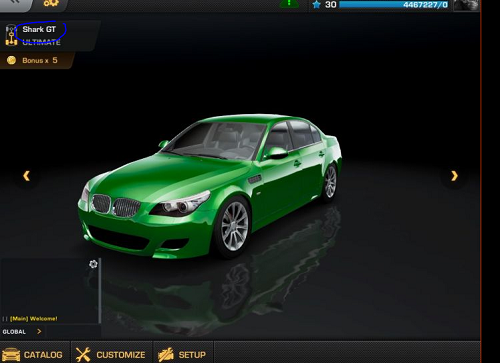 He doesn't mean BMWs for example, he means taking a model from Forza, modifying it to LFS is copyright infringement.
Yazan0Alothman

Well Scawen in this announcement only meant to allow discussions about it in a certain thread of forums, no encouragement of using it
Evolution_R

Well, I can find or buy this model from another place - in that case? Or I should recreate it by pictures from scratch? I mean how someone would know if the model is ripped from Forza or made from scratch if not told so? I think this is more Mazda's copyright infringement than Forza's.
gu3st

I think this is where mods are always in this weird grey area, which is why I escalated that it's a potential risk for Scawen to be officially sanctioning this in some capacity. If you have permission to use a model (either you created it yourself or purchased it), then it should be fine to be used as a mod, and if there are issues then it's the car manufacturer who would be the one pursuing that, which I don't recall seeing any car makers pursuing mods of this type.

Ripping from another game you've now taken artwork done by one company that was licensed by that company as well from the original manufacturer. You've now stolen intellectual property from Turn10 (in Forza's case), as well as potentially infringed on the trademark of Mazda or whoever.
Evolution_R

So, simple said - we can have mods, but they should be made from scratch and have a different names, emblems, logos and badges?
1
234567