That's the last free position I'm giving away so make the most of it!

I didn't think it was going to be that hard to overtake, but it was... Mostly semi-fast and fast corners, one just can not follow too closely there.

Come on now, it's quite easy to tell that he is a 12 year veteran from his join date.

Edit: If the shitshow performed by the race host is supposedly better than how the racers drove, I now fully sympathise with Aw3som3.
Last edited by asyed, Sun, 30 Sep 2018 19:01.
Aw3som3G4m3rzYT 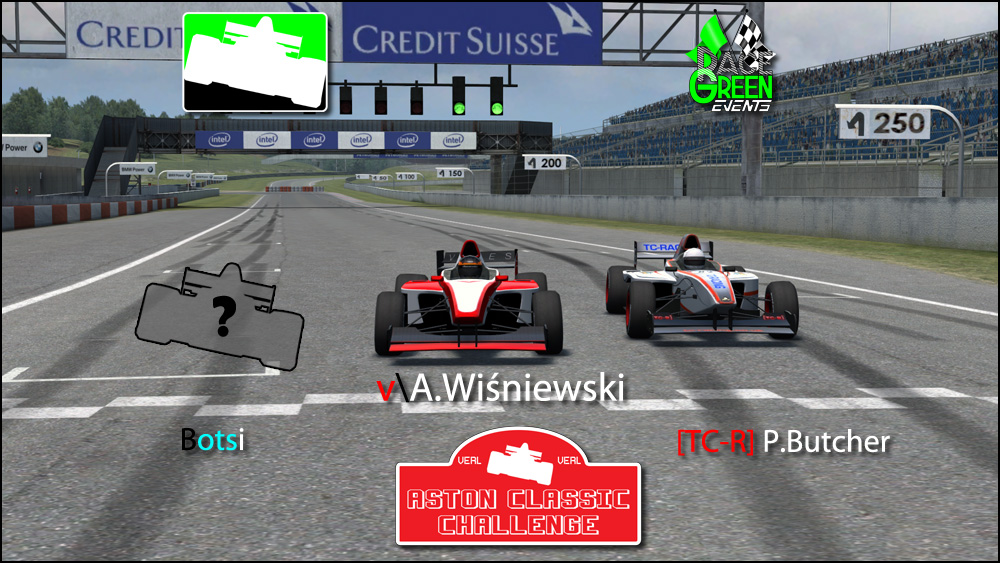 - - - - - - - - - -
It is the 3rd season in row when the VERL champion of 2016 A.Wiśniewski wins the 1st race of the season. But he diffinitelly had few challengers - his gap in qualifying wasn't dominating and 2 drivers set a faster lap during the race,while he had a relatively close follower during earlier stages of the race. Botsi finished 2nd by gaining 3 positions between start and finish,P.Butcher had to give up the leader chase due losing trust in his tyres and driving to pitlane for fresh ones,but still finished in 3rd position - same he qualified.


After 1st of 5 rounds we have a series leader who has led the points table in both previous years,but became champion only in one of them. Which means nothing is set to be taken yet - with 4 another rounds changes can happen,both big and small. In the Rookie of the Year standings there is very dominating leader - P.Butcher was the only league rookie who scored more than 1 point - 13.

In Teams Championship the lead of race winner's team is much bigger - Team Vires have scored 27 points,while TC-R just 13 and B2R - 12. Both need increase either points scorers quantity or quality,or both to still be able to challenge for championship. In Nations Cup defending 3-time champions Finland leads the table once again,4 points ahead of Poland and 10 points ahead of UK.

24 drivers started the season opener,2 less than last year,but hopefully the average number will stay close to this and more drivers still be motivated to keep on fighting for higher places. After 2 weeks break the next round brings VERL to very basics of LFS - Blackwood,where the most raced configuration - the 3.3km long GP Track - will be used.

After round 1 there is need to change couple of minor things in rules:

Currently the pit exit line rule does not spcificate what is allowed:
"Pit exit - [...]pit exit lines will have to be respected."
Those who race more often in Race Green Events races already know that driver may not cross the pit exit line with more than 2 wheels,this will be clarified so in the rules.

Seeing a very new driver to LFS in this league,there were concerns about possible incidents an inexperienced driver might bring. To avoid this,it has been decided to add qualifying barrier - to qualify for the race,every driver has to set a laptime within 112% of fastest qualifying time. That would be 7.2 seconds in 1 minute lap,which is enough to remove very slow drivers,who would be lapped every 6-8 laps. This barrier does not affect the rule where series top10 drivers can start without qualifying.
mbutcher

Nice summary and nice shots. Roll on round 2.
k_badam

Sorry i wasn't here for the race, would have binned it anyway, wasn't enjoying the combo in practice very much. I will hopefully be here for round 2 and i think i'll like the track a wee bit more.
Karlokarlo

When would information for round 2 @ Blackwood be posted? I've been practicing for weeks yet I don't know if I can even attend.

All the information you need to know is mentioned in the first post: date, track, laps, timetable, rules etc. Only password to the server will be sent later via PM.
asyed

There probably will be another post like that, but it doesn't contain any important new information. It's more like a promotion/reminder of the upcoming round.
Eclipsed 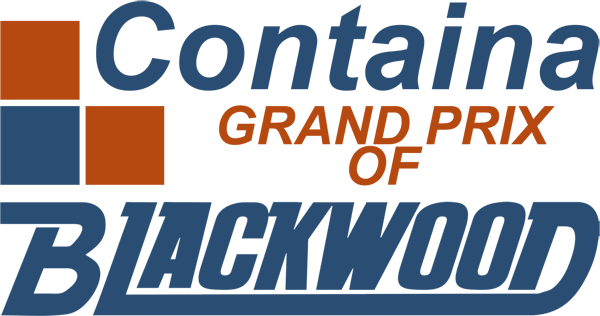 You can't get more classic track in LFS than Blackwood GP Track - it's where it all began,it's where the hot action still is around. The 3.3 kilometers long track features curved start straight,a tricky harpin and a chicane where everyone has crashed multiple times in his LFS carrer - and all that just in 1st sector. Long backstretch is the best place to go for slipstream pass or set up an outbraking pass for next turn. Best laptimes are barely over 1 minute and you need to go around the lap 61 times to reach VERL nominal race distance of 200 kilometers.
After round 1 it looks like there can be 1st returning champion in any leagues of Race Green Events,but a reminder - it looked like that also last year,so nothing is written in stone yet,everything is still possible for everyone.

Signups are still open until 10 minutes before qualifying start!
TFalke55

Sorry. I'm missing this round as well. Good luck and have fun to everyone starting.
sermilan

I'm off too... family business. Good luck to all and have fun!

Super hyped for qualifying guys, hope everyone makes it. I even spent a couple of hours making a skin for my FO8!
I do really hope I got the times right as the first post clearly explained that qualifying starts at 19:30 CET, and I trust Rony to the best of my heart.

Spent weeks practicing and I think I should be in 112%, or at least thats what my theoretical laptime says.
Oh well, even F1 lets people race if they run into engine troubles and such and fail to meet 107% laptime.

Hm, why is everyone racing? Forum post clearly said 19:30 CET!
"Host Refused Connection"?
I wonder if I didn't follow the rules,
Maybe I didn't "behave and follow clean racing"

I don't understand, maybe I got timings wrong?

Edit: Sorry guys my fault it said clearly on the forum post that I shouldn't trust the CET time and make sure to double check with all timezones, because I thought that would be pointless and assuming I possess common sense!

Oh well, I'll just forget the fact that I spent my personal time practicing and move on. It's not like I could have been doing something important, like getting a job or anything.

In fact, I'll make it up to you all and create a revised information post!!!

The rules state the following:

I must qualify 112% of the best lap that was set in the qualifying session. However no phrase existing here states that I must set this laptime in Qualifying, I just have to do it. I could do it in practice, in qualifying. Technically I can even compete in the race disqualified, set 112% lap, and allow myself to earn points at end, as no place in official rules state that you must be qualifying for points in order to actually be on track. However, The fastest lap in qualifying was 61.7 seconds if I call correctly, the fastest time I EVER DROVE was 63.87, well within 112%.
Last edited by asyed, Sun, 30 Sep 2018 18:53.
12
3
456
This thread is closed