Are mod tracks now an achievement for developers?
petercollins

I think when you get a track like this for free, that is a fairly major achievement for the Assetto Corsa developers. That is a few extra units sold for them with no fancy mirrors. 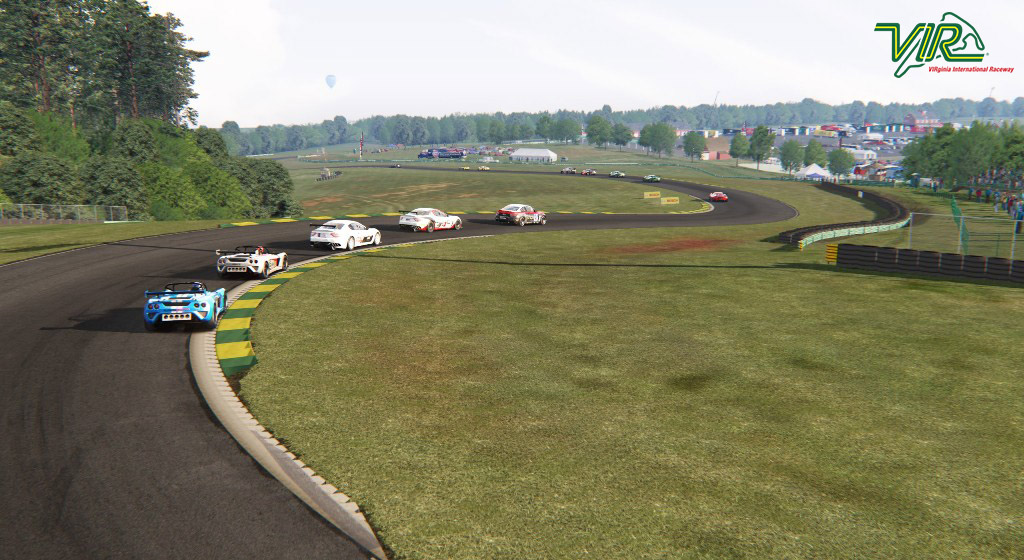 I have 170 tracks installed for Assetto Corsa. 170 tracks.

How about this, a free car and a free track:

Just because other sims has more stuff doesn't mean it is the best. If this is your logic then The Crew would be the best game ever seeing as it has a massive open world and Forza would be amazing too because of all the cars...

Oh and by the way, this thread is about the progress of LFS not the progress on other sims.... If you want to talk about that go down to the Off Topic section and talk about them there in there specific threads. Also, about those "18 revamped tracks", most of them have been released for ages, this is just a massive pack with them all together

EDIT: VIR for AC hasn't been released yet... I saw your post and went to RD to download it as i too have also been waiting for it.
petercollins

LFS is a terrific sim, but the snail pace of progress is killing it. The developers have lost interest, so instead of f*cking around with mirrors, why don't they think out of the box. My thoughts - give modders access to the code and pay for external developed content and bring it into LFS, as Assetto Corsa has already done with the Shelby Cobra car and the Zandvoort circuit. Both of these were developed away from AC, but were so good, they were bought by AC and imported into the game.

Why don't LFS do this? Why are they happier for the sim to die than to do this?

Their answer will be the same as to why they don't go on Steam, control, yadda yadda yadda.

The reality is they use the existing LFS fanbase for occassional shots of cash, S3 being a particularly unsavoury example.

Wind it up or put the work in.

Letting it tick over so slowly is very unfair to the loyal fans of LFS, a club of which I am a fairly pissed off member.
Last edited by petercollins, Wed, 7 Sep 2016 17:02.
petercollins

True, but if you're an LFS player, the wait won't seem too bad.

It's released on Friday.

There is also an upcoming release of the F3 mod, which is astonishing.

So many others too.

Actually it isn't going to be released on Friday, he hopes it will, anyway, that is off-topic and should be in the off-topic section.

I like the idea of opening up the code for modders but them not being able to pop them into the game, the devs would judge whether it was good enough then pop it in themselves.

Also, just because the game is developing slowly doesn't mean the devs have lost interest. Have you not read the thread?
Fair enough, it could turn out like the couple other times Scawen has said this and nothing has come of it but we have to just hope for the best.
petercollins

It's pretty clear it's just a hobby for the LFS guys now, which is fair enough. Selling S3 on the promise of new content in this case is lying. Their lack of work is causing LFS to die, I would much rather they quit and hand the sim over to the players who paid their wages now.

They have no interest - sell up and let the LFS community own the sim.

They won't, because they are too money hungry. They sell a 7 year old track for EUR12. They are greedy, selfish, hungry ****s.

Our love and loyalty for LFS is exploited for every penny it is worth. I respect Kaemmer for leaving GPL and starting iRacing. It takes guts to do that, and it has paid off.

Same with Geoff Crammond, GP4 was his last sim and what a great one it was. He now lectures future students.

What does the LFS equivalent do? Sell cheap shit every five years. No dignity, no integrity and no respect for their customers.....an unprofessional embarrassment.

If they would be money hungry,we would have S10 content at 2005 graphics and physics by now. All quickly made with poor quality. It's obvious that they're not after big money,Scawen has his goal to make as good sim as he can and he does it however he likes to.
Anyway - why are you even bothered about LFS if you're so annoyed about "greedy" devs. Go earn your !!!6 figures!!! and build your own perfect sim. With black jack and hookers.
englishlord

The problem is, you're happy with mediocre and quantity over quality. You are a mediocre driver on this game, though feel you've exhausted the content and I am sure you're fairly terrible on other sims switching between 170 tracks. That's why you value such bullshit as having lots of modded tracks over Scawen's programming achievement because it's inconceivable to you the level of what he's done.

Plus, what do you think will happen? He'll read this thread and think "the shallow bogan is right, I'll change work ethos just to please little twats like this" You're better off not thinking about this game and just carry on bending over and continue letting irental take your money and your self respect.
Last edited by englishlord, Wed, 7 Sep 2016 18:05.
k_badam

I tried to have a civilised conversation with this guy....
Jatimc

Dont worry he is just angry noob because he suck this game.
Eclipsed

Me too. Half a year ago or so. But he called me a "spoiled german kid" (???) and boasted about earning !!!6 figures!!! per year. Not sure if mental or lonely,deffinitelly not a typical aussie...

lol you are latvian
Scawen

Banned petercollins for attacking us with false claims and swearing at us like an idiot. Absolutely no point having an unpleasant character like that around here. That was not constructive and reasoned criticism.
wildstyle

I can understand the ban

Grats and thank you for this update!


I completely forgot he was the six figures guy. xD
cargame.nl

He has had at least 4 bans, increasing in length, starting with a two week ban for "foul language and offensive, threatening behaviour" in 2007. This one is for a year. I suppose he'll be back after a year, do the same again and receive a longer ban. We are very tolerant with offenders and we give them many chances to get their act together. I was trying not to overreact. It's easy to give bans that are too long when you are annoyed so these days I try to go on the lenient side. I always think people can learn, though obviously this doesn't seem to be true in some cases.
Flotch

So, will next test patch to come be on physics change or new contents

I'd love it if the next round of test patches were for tyre physics changes, even if it took months before they found their way into the release version. It would be interesting to see how it evolves.
EDIT: Devs are also welcome to tag along with me as a £20 second driver on a track day to see how Yokohama AD08R's perform! Not exactly a very data driven exercise though

I dont post here often but follow the forums closely and have played LFS since the beginning.

Scawen I admire your focus and ability to not get swayed in your goals by idiots like peter collins and those in the community who come on here just to complain rather than appreciate LFS for what it is. It often seems like this forum is full of people complaining about LFS, but I guess that's because they will always make the most noise...

PS new mirrors are awesome - its these small details that make LFS the best!
UnknownMaster21