Question: Do you want to use completely own pitlanes for these kind of layout configs, or do you want to have a complete overhaul?

Own pitlane
Own startgrid
Supports more variety
Own start points

That's a tricky question. I am probably not the right person to answer that.

For our leagues we usually try to have 40 slot grids, and later we decide how much cars it is safe/fun to have on track. The grid is ideally placed in the track, to avoid doing a weird first lap route.

The pitlane depends on our rules for that tournament. We may not need more than a few (4~6) box positions . So sometimes we just throw them somewhere safe in the track. But when we need to have 20+ box positions it's probably easier to take a detour and use the existing ones.
UnknownMaster21

That indeed did not help me much... I have done layouts but I lack now an inspiration because I have no idea should I follow the original code of layouts

... Or should I make a complete overhaul.

Either way, I am motivated to do, I just need some answers

EDIT: But I was looking more of those layouts, yes, own start grid should be implented for tracks which has "weird" position to race, but leave blank for pitlane, So to make a route for the pitlane.
Eclipsed

Depends on track and needs. I usually do all layouts for events myself,have sort of my own standarts,which I follow. Like for previous AWS round - since AS1 pitlane is quite inaccessible for few configurations,I found a way to create completely new pitlane for the East Chicanes configuration,which here isn't present. It's pretty basic to serve pitstop needs since there is no mandatory pitstop in AWS. Also I made version of Kyoto North (layout nowhere uploaded,linked just for track map reference),where pitlane was custom built with concrete slabs and located beside start finish straight.
So I tend to go classic way of having pitlane beside start/finish straight unless not normally possible. Probably also not really helpful post.

No worries! As I did found a method!

Original Pitlane will be used, no matter what is the round, because there is still no possibility to use speed limit properly.

Starting grid will be modified, if track itself lies elsewhere than starting point. So it means if original start grid is never used on track, which contains racing line in track, will be used custom one. It will be always 40, no matter what is the track.

All open configurations will use pitlane.

All tracks, which originally did not have pitlane possibility, will have now. Yes, this means even karting will have one, sure it will look stupid, but hey, you can always change it. At least original method is stored.

All tracks will have many alternative pitlane paths.

Track coding will go further than 9 or 0, using letters, unless using other free spots from other tracks. Westhill and Rockingham will be a very tricky to pull this, to support ALL possible combinations. in Westhill, one track itself has 8 different combinations. Westhill has 4 different tracks.

These tracks won't be used for this method, instead of, it is used the next "closest" one by area of starting grid, though start grid itself will be modified.

Because pitlane is not functional on these tracks, and making custom one won't support speed limit, though this would be done via insim. So I leave this part somewhat blank, though we can still use same methods, only variation will appear.
UnknownMaster21

As new upcoming blackwood is coming, B11 will be not needed anymore
sermilan

Can someone, please, update pics of layouts in the opening posts? It seams they were uploaded to the sites that don't exist any more
UnknownMaster21

unlikely that will happen unless OP comes back, OR someone else makes them as "permament".

Also, BL and WE has been long time being irrelevant. I was supposed to go and edit it out by updating Westhill section, but that did end quite quickly due having nowdays "endless" possibilities of having configurations.

EDIT: BUT however, I never said I will stop doing them ( or in better words: never ever again )... see it like having on this project on hiatus. More like having lack of inspire.
cargame.nl

away for four days now.. Might get tricky.
UnknownMaster21

yeaaaah but as ppl suggested here to update this one to the present, nothing have happened, and so then, doesn't really count

Here is a thread with working download for track images:
https://www.lfs.net/forum/thread/75810

(I think if somebody wants to update the list, it will be better to copy it to wiki-manual. And also host images on the wiki.
So it will be more future-proof than random filehosting sites and easier to update.)
sermilan

Can they be simply hosted here at the forum? Thank you for this!

I found the PTH files from Airio site. But the package does not contain pth for F41 & F42 open configs. Anyone following this thread, know if they were ever made?
FreeScirocco

As the table column on the OP already suggests, no, they where never made. It's because EQ Worry needed to combine different PTH's together (from LFS) to get to a new one and some corners couldn't be made because they where too unique.
Mathonner

Hi everybody, today, I'm sharing you my first track layout, as it's my first attempt, I would like to have a lot of feedback concerning this track

I make a Highway of Blackwood 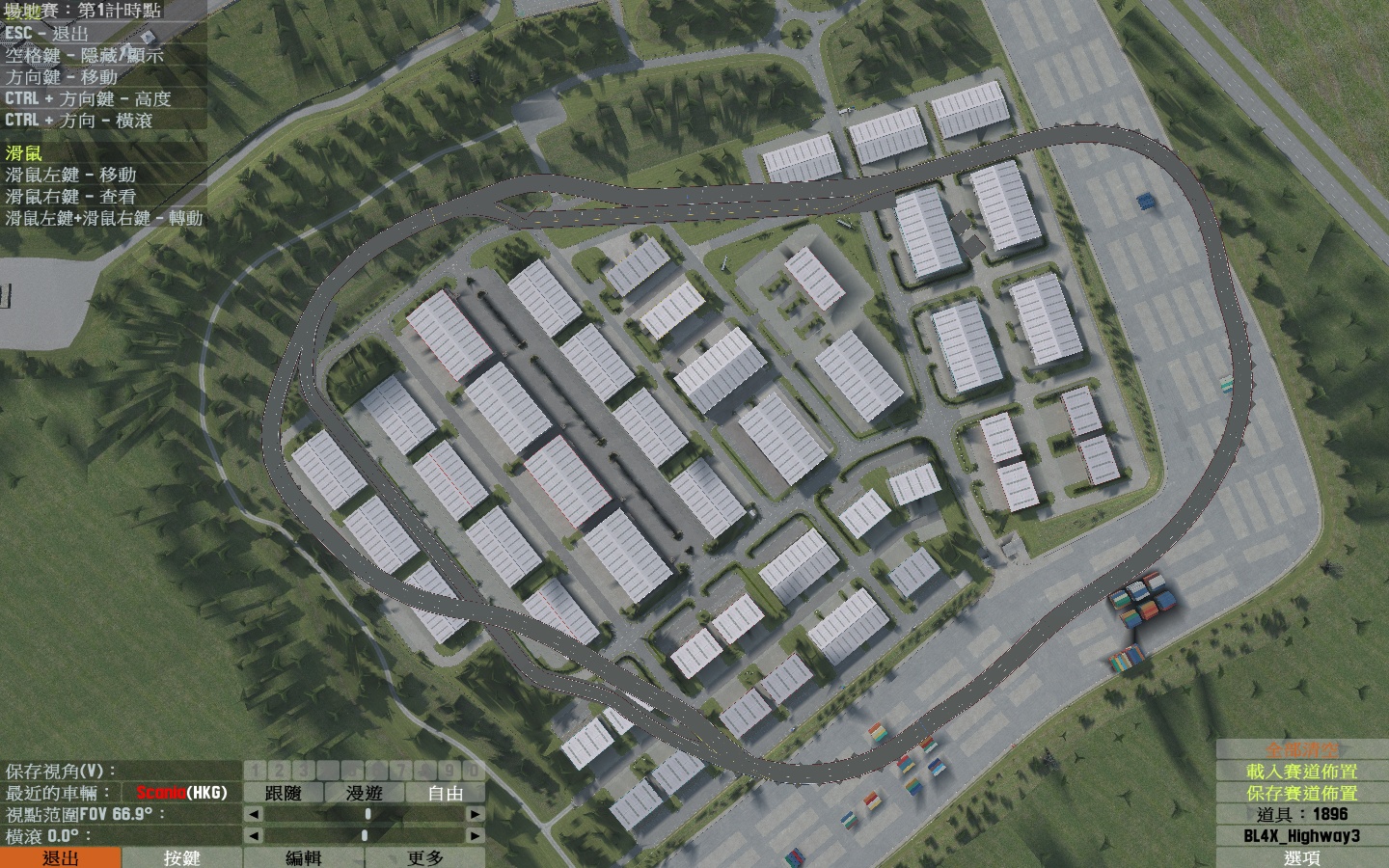 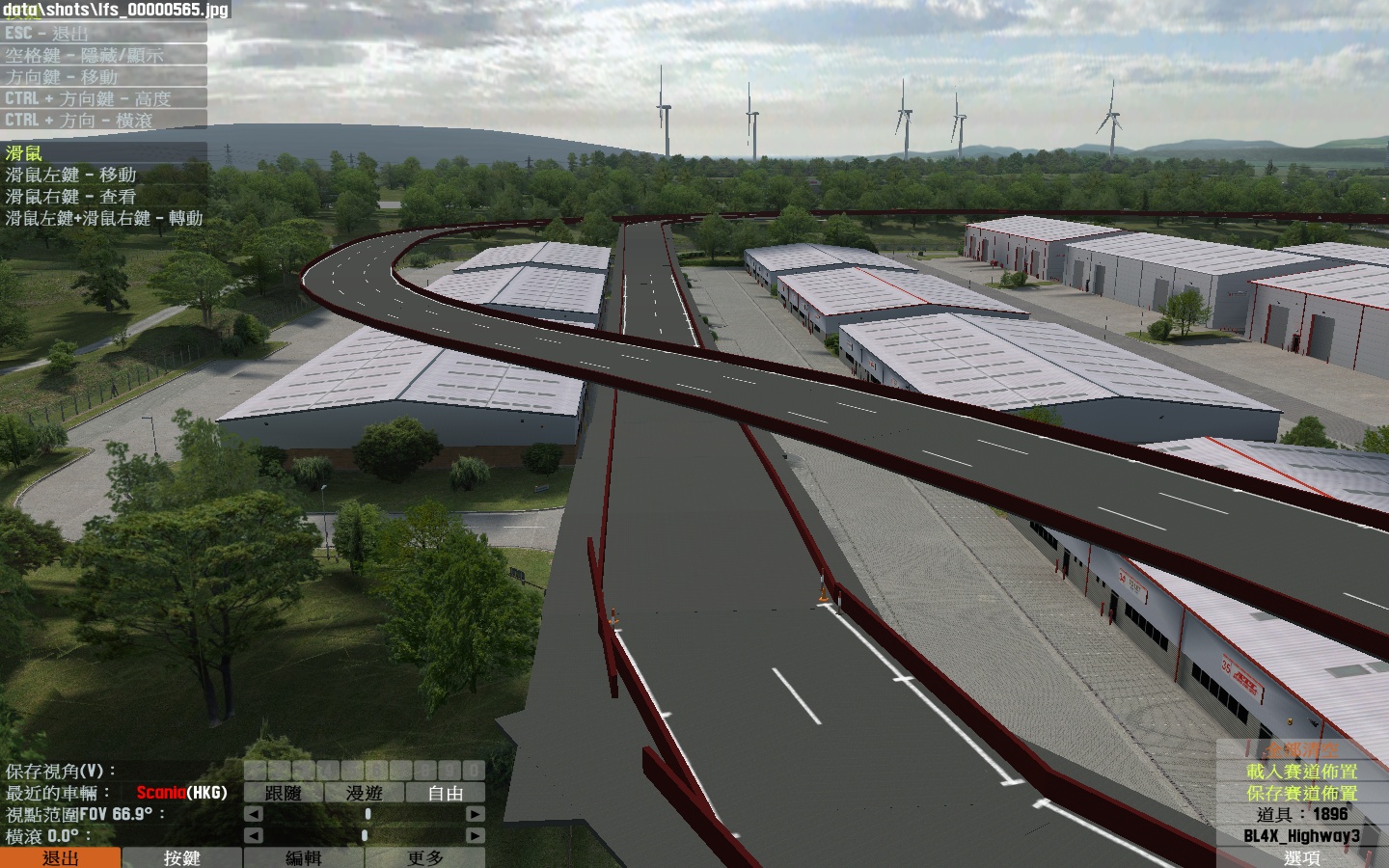 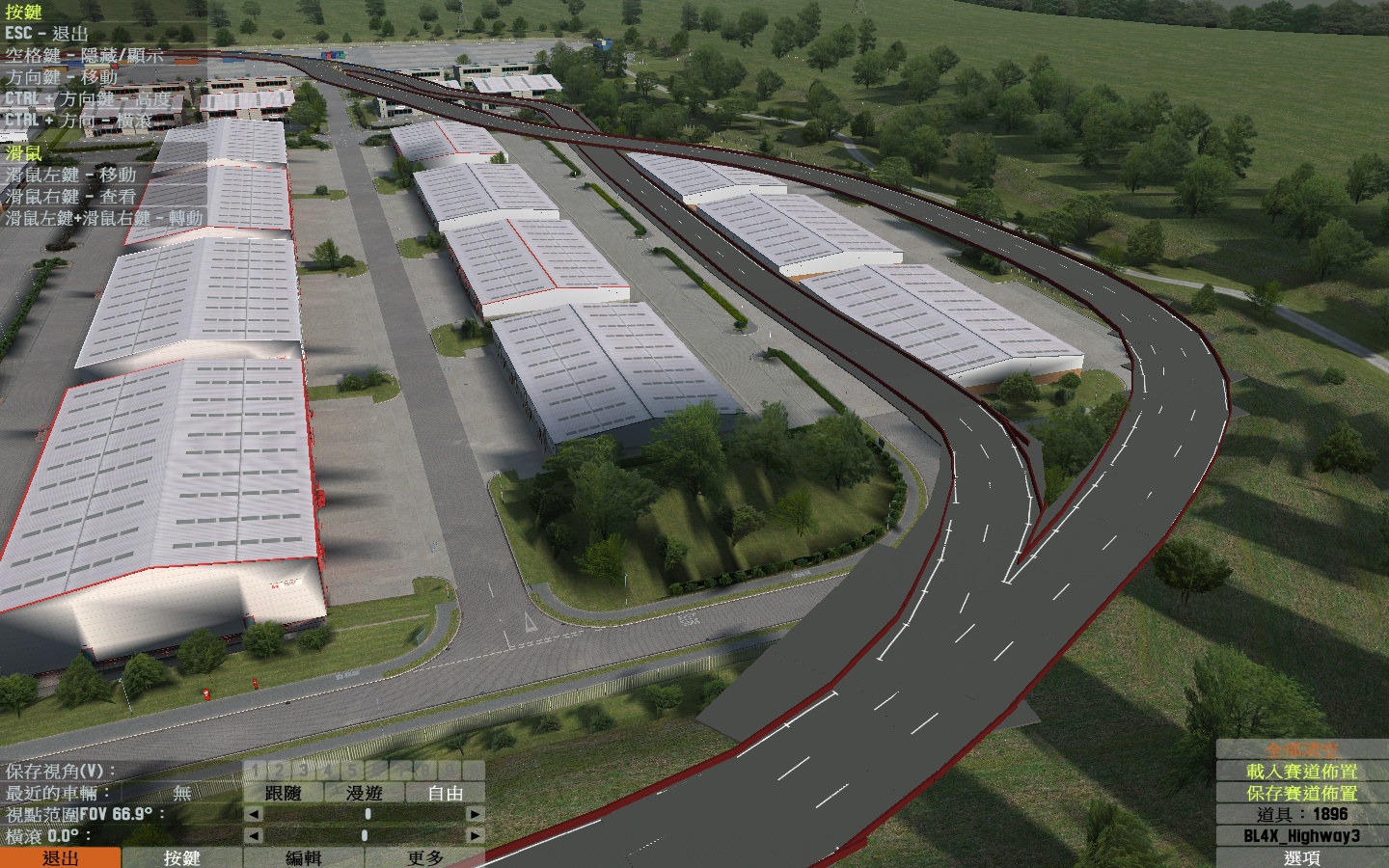 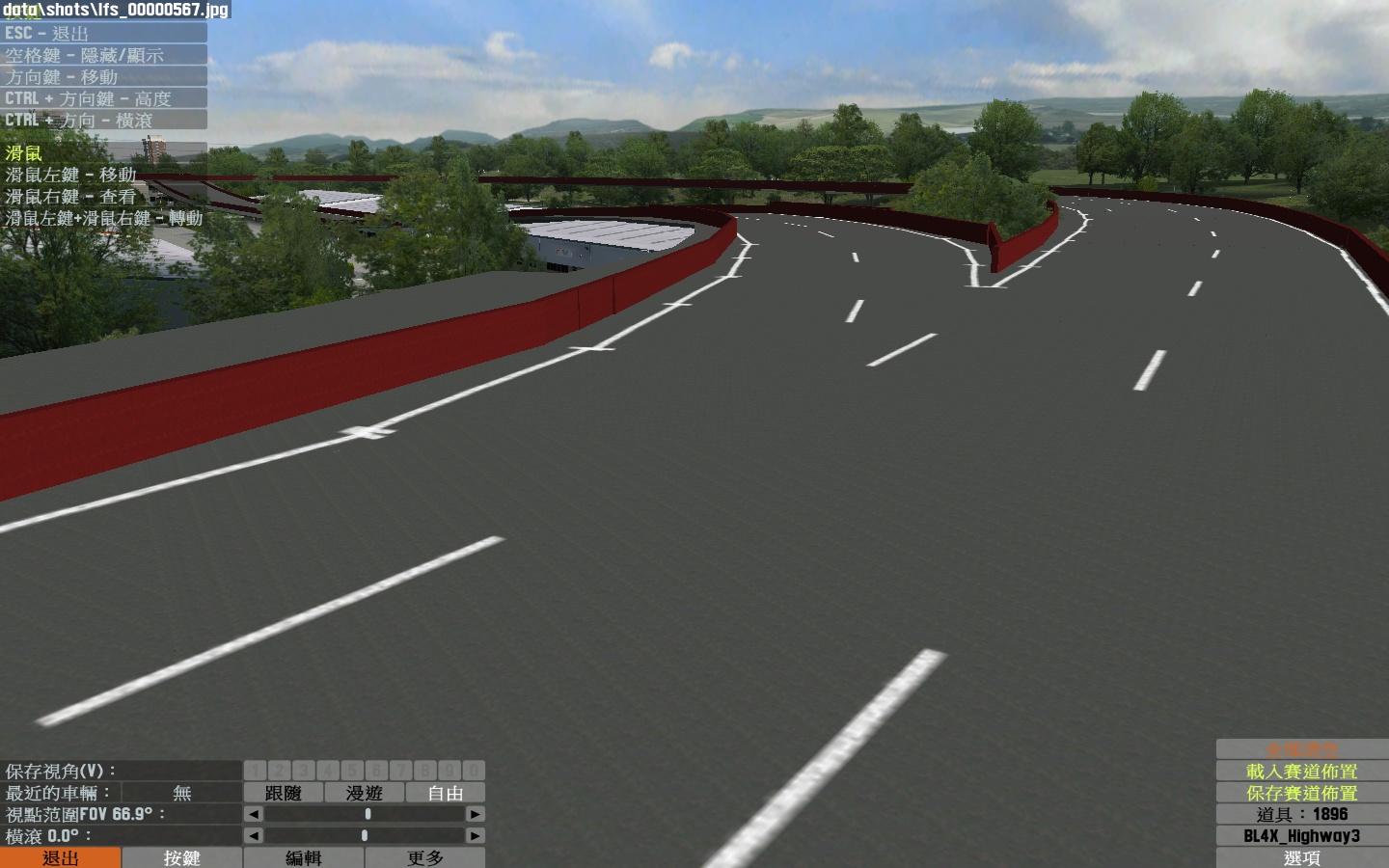 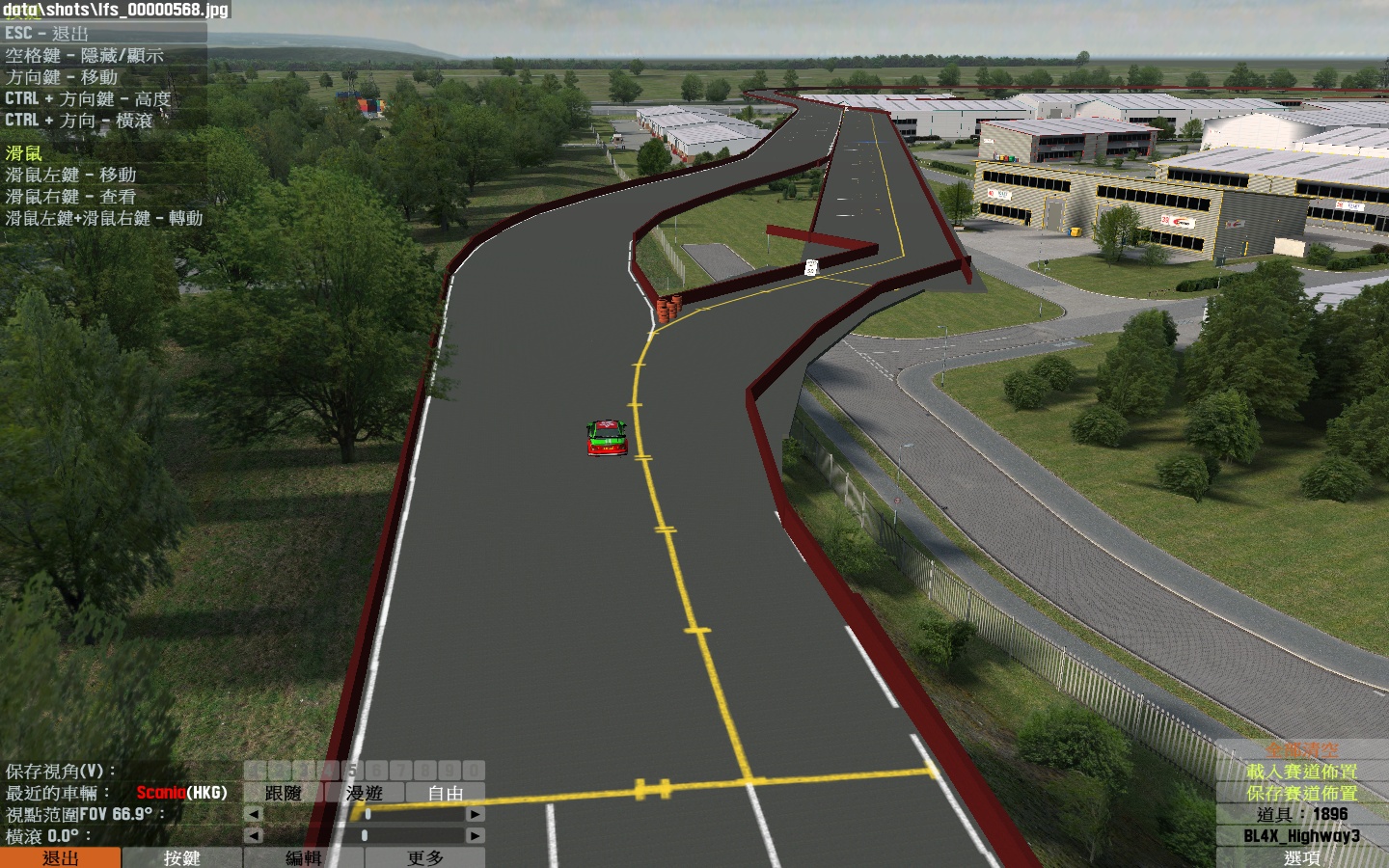 Custom layout from when BL2 was still the RX track, complete with joker lap and start grid
Krystian1886

Hi, all
I made reverse version of Scawen's Racetrack, or known too as We Tunnels.
Besides adaptation it for drive in the opposite direction, I changed roundabout corner, now it takes more roundabout and corner is tighter and difficult.
I think that first corner can be an interesting in race and hot lap, it's something new

Track got now second long straight for easier overtaking.
I took care of the track was full safe for our cambers in case any accident.
Exit of corners have been specially profiled.
Track got a podium

I think the track fits perfectly for mrt, fbm and all small cars in lfs.
Estimated one lap time for fbm is about 1.30.00
Track is race ready for 40 grids
I attach link to demo lap on youtube:

Hi everyone!
Presenting you to fastest Aston layout that has ever been made

Good for all cars, but I don't suggest slow ones
4 variations available, bridge that removes chicane taken from kurkku87's silverspirit with his permission
Used in MRc FBM Saturday round 17, feel free to use it on your events

Hi all
I would like to present new race track.
This time I decided to made something what every lfs racer likes best.
Everyone! It is TWO brake point race track! Yes!
It's just good old loved Oval with added two hairpin corners,
I think it is very interesting combo which in the case open wheel cars will enable finally to compete and racing on the oval! instead of cooperate giving slipstream each other.
I was trying to corners was as widely as possible. I think it turned out great.
Track is race ready.
I encourage to testing and picking it in lfs leagues.
Last edited by Krystian1886, Tue, 20 Jul 2021 20:06.
123456789101112131415
16