ok will do, thanks for that.

Did you take that screenshot?
Jakg

you made a thread on this in which you were told no.

how to you edit the tailights of the xrt? i have the file (i think) and now i need to know how to erace the old ones and make new ones?

Hi There ive just made some new taillights for the XRT using Nissan Skyline R34 lights Only trouble being when i brake,Reverse and indicate the lights dont light in the correct places they Light as the Original Lights Do. Obviously Ive Done somethink Wrong. But can anyone please explain How to edit the Lights Or what File i need to Edit so they Do light in the correct places.

When you "edit" the lights you are only really editing the texture, not the actual areas that light up and correspond to the brakes and indicators etc. There is no file to edit that would change the location or shape of these areas.
Dazza289

Oh okey Many thanks. Guess ill have to look where to old lights are lit. and then add lenses to those areas.

Does anybody know the max resolution that LFS will load in terms of DDS files.
~Bryan~
imthebestracerthereis

Whats up guys, I have Adobe Photoshop 9.0 and I High lighted the Tail light and use the paint brush " OverLay " with the opacity 28% and " Flow " at 37% and went with a black color to add tint, I also used it on the side markers, Looks good on the Viewer but yet tried it on S2, I'm experimenting with the S2 viewer before i do anything. I'm using DDS Convertor 2, I'm still not able to add paint or tewture to interior, I back my old one up and save the new one as dds. XR_TextureO and load lfs viewer S2 and it's say un able to load XR_interior, whats going on, can some one help me out. Also i'm currently trying to add RX-7 tail light to the xrt but i'm not sure how to do it, i deleted the old taillights and added the rx-7 tail lights and and in the viewer it's the same xrt tail light but different color, like theres no texture, all orange, some one help me out if i'm aproaching it wrong.

download Infran View 3.99 there u can see the dds files und save them as jpeg! To convert them back u need Converter 2!
Gunn

I copied my following post from another topic that I had posted in, I thought it might be useful here with the other DDS info:

If you use software that does not have DDS capabilities or can not find a plugin, you could try DXTbmp.

You will still have to use your usual software to edit the files but DXTbmp allows you to dismantle DDS files into various graphic formats.

That's all there is to it. But, it is important to note that some DDS files have an alpha channel, you can think of it as a kind of masking layer that obscures or enhances a part of the underlying image. An example of this type of DDS in LFS is the tyre sidewall DDS (LFS/data/dds/LOGOALPHA.dds).
To dismantle and recompile DDS files like this using DXTbmp is a little tricky so follow this method:

1. Open the DDS file in DXTbmp and export the main image as a 24-bit BMP file.
2. Export the alpha channel seperately, also as a 24-bit BMP image.
3. Edit these two images as you desire using your favourite graphics or paint software.
4. Here's the tricky part: when you want to reassemble these two components into a DDS again, using DXTbmp, you have to start from scratch. In other words, you are essentially making a new DDS now. If DXTbmp is running, shut it down now and then relaunch it.
5. In DXTbmp, open the main part of the image that you just edited, it should be a 24-bit BMP file.
6. Import the alpha channel file that you edited, it should also have been saved as a 24-bit BMP file.
7. Save the lot as a new DDS file. Make sure you name it using the default LFS name of the DDS file you originally edited.
8. Put the new DDS into the LFS/data/dds folder and Bob's your aunty.

As always: back up your original files before editing them!

Recap: the trick to compiling DDS files properly using DXTbmp is to build the DDS from scratch after you have edited the seperate components in your favourite software. This is probably not going to be an issue if you are editing DDS files that don't have an alpha channel. The interior files of the LFS cars don't currently have an alpha channel IIRC, but ones like the tyre sidewalls do.
Using DXTbmp allows you to still use your preferred graphics or paint program even if there is no plugin or DDS support available.
As for Corel PSP having DDS support in the future, don't hold your breath. I've been lobbying Corel for almost two years to add DDS support to their products, they've only recently added support for the RAW format, and that was after several years of lobbying by Corel customers.

DXTbmp to the rescue. It's free.
Zachary Zoomy

about the plugin in the first post. does it work on photoshop elements 4.0? and I see all the files are in a .exe format. is it posible for somone to upload all the files in the .exe to the fourm so i can put them into my mac version of photoshop. please
Jonas8431

help me please. why does my rubber look like this??? has green parts. 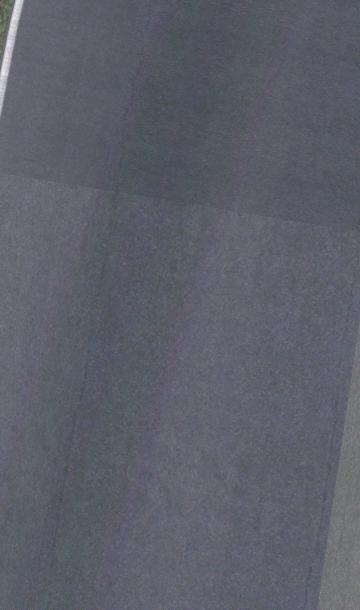 hi,
I have a problem saving an alpha channel so that it works ingame:
i use dds plugin in psp8, open dds file, edit it, set the transparency and no matter what settings I choose in that dds saving panel, I still get non transparent background in lfs

(and when I reopen that saved dds again in psp or other app - the transparency isn't there too...)
so what settings should I use excactly for alpha to work/get saved correcty ?
shiny_red_cobra

Whenever I save a DDS file, I never check the format I use, I guess it is "DXT1 RGB 4 bpp | no alpha". But what are the other options for? There's another DXT1 ARGB 4bpp | 1-bit alpha. And DXT3, DXT5, and a whole bunch of other ones. Using the first option has worked well for me, but I'm curious about what all the other options do and if there is a better option to use than the first one. Can anyone enlighten me?
Xpowaspa

DXT1 ARGB lets you use an alpha, but only one with black or white,
while DXT3 and DXT5 is the same but you're allowed to use various shades of grey as well.
For the record DXT3 and DXT5 are bigger than DXT1

Try making an alpha channel then colour the the parts you want seen white. Once you've done that, save it DXT1 ARGB or DXT3/DXT5
Last edited by Xpowaspa, Thu, 19 Jul 2007 06:19.
ZACH

What format is your file in currently?
X tempor

LOL i love demo racers they give me jokes!
ZACH

Try making the JPG a 24-bit BMP or an extended BMP and then convert to dds.
106SOULJA