Yup, I can't wait to hear their voices on the radio. :munching_
J@tko

I couldn't give a crap about such rubbish, but I live for Sunday evening's torrent of abuse on Facebook

I agree with the OP, they have nowhere near as much talent comapred to any of the others who have left before them. 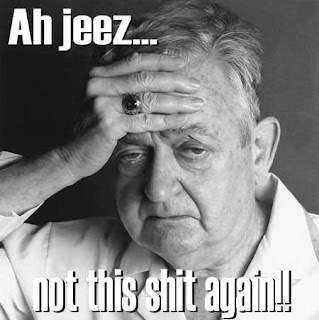 Did you have to bring this to LFS Forums?

I hear enough of this crap already on Facebook......

So yah, its broken mate.

Keep voting for them, hopefully it'll kill the show.

And yeah, my Facebook page tonight is full of rage and groups with angry titles in capitals.
squidhead

The idiotic population of the United Kingdom are only voting Jodhpur and Edfart to annoy Simon Cowell, or to screw up the most popular show on television.

Which makes the whole show a complete joke, and I feel sorry for the people in it who have some talent. IMO it would be much better if you voted out the worst, rather than voting in the best. That way, all the people who would assassinate John and Edward, given the chance, could just vote the idiots out.
pacesetter

I still find them more exciting and humourous to watch than someone like Lloyd?
niall09

The good singers will get record deals anyway, like Laura and Ruth last year.
JO53PHS

It's a singing contest, not a circus clown contest. The show you are looking for Britain's [not] Got [any] Talent

Im pissed about this too, she made it bareable, now we have nothing to look at, only stacie who just ruins the little she had going for her sexually when she opens her mouth and talks...
BlakjeKaas

When I first read this, I thought it said Rfactor =P
Mackie The Staggie

No, it's an entertainment show, and while it may not make much sense to some, those 2 provide entertainment in the same way that fella from the Strictly last year did. While the public have a vote, they will always go for the underdogs, and while that is the case, the production company will continue to rack the money in.
niall09

Meh.. I don't know why I watch these shows anyway. Deep down, I hate them anyway

this is all i gotta say about simon cowell...

lol yh.... ok singing in tune.. well done! It's a TV show created and owned by Simon Cowell. Don't like it? Don't watch it! Think you can do better ? Go start your own show!

No, it's Simon Cowell's contest. The man is a freakin' genius!
tristancliffe

That same old lame argument Alan? You're so drearily predictable.
1
23456