like when u post the 127 th reply u gotta put a pic which shows the number 127 somewhere in it.
simple, isnt it

(didnt find one which showed the number itself...

Can you tell me where the 3 in that is?

I guess it kind of sounds simillar 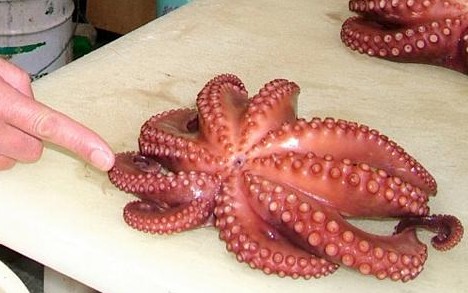 It's how the Irish pronounce it. But you already know that.
boothy

LOL thats the joke my maths teacher told me, "Dirty tree and a turd" (in an Irish accent)

Well the OP says the picture has to have the number in it. A picture like an octopus is fine for 8, as there are eight legs. Tree isn't three, whereever you are from. It's written three, therefore he failed the game.
der butz

For Pete's sake stop flaming, Mr. Flame and count the legs of the nonopus again.

good-night-rant-edit: YOU did post no. 4 and 14 and didn't contribute anything! Calm down and join the fun mate :-)
Mazz4200

So Niall saw this as a harmless bit of fun and joined in with a self deprecating play on words. Then you come along bitching and whining, saying he's not doing it correctly, yet in both of your posts fail to put up a numbers pic yourself.

Lighten up a bit BlueFlame, it's hardly the most serious thread we've had in the place.

Edit: Oh well, got it on your own Can't wait to get to number 69

Edit: Damn you, CSU1! Not only do I have to find a new picture now, but you also stole my joke, you bastard!