The start of the new V8 Racing League era is set to start this monday and the new cars are ready and delivered to the racers - after using the slighly lighter high downforce Formula V8,drivers have to adapt to car with more power but also less aerodynamic downfroce assistance. The comparision graphic should be a good first guide of understanding the differences between old and new cars,rest ist just practice. Having a new car also means one difficulty unknown to long time LFS racers - there is not a big setups base where you can start with well set up car right away,so racers have to create something out of the base setup delivered together with the car. Current signups list is not big,but already consists of the series defending champion and 4 other previous round winners - so the competition still has a potential of intrigue filled racing.

Series of this year will start with a round that has been run just in the inaugural season of the league - Westhill 200,as due the car change it was decided to retire the old Westhill GP round. The International configuration of Westhill has plenty of high speed turns and few slower sections - with less downforce of the new cars the high speed curves will turn into enduring long turns instead of flat out sweepers,while exiting slower corners drivers will have to be careful with their throttle pedals as despite wide rear tyres,the car still tends to go wild on full power.

Signups are still open (until 17:20 UTC raceday) and new entries will receive PM at some point during sunday/monday.
Eclipsed 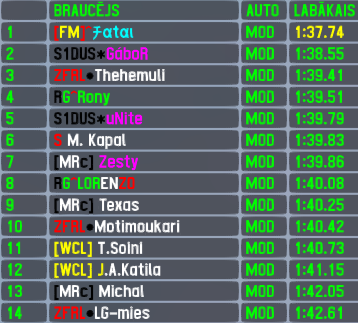 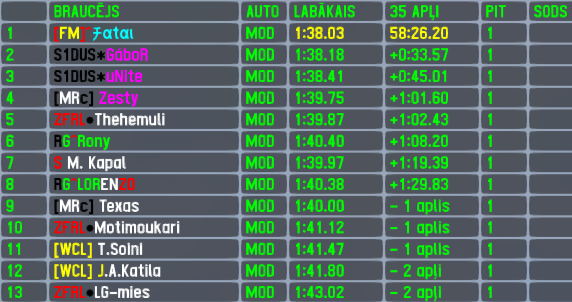 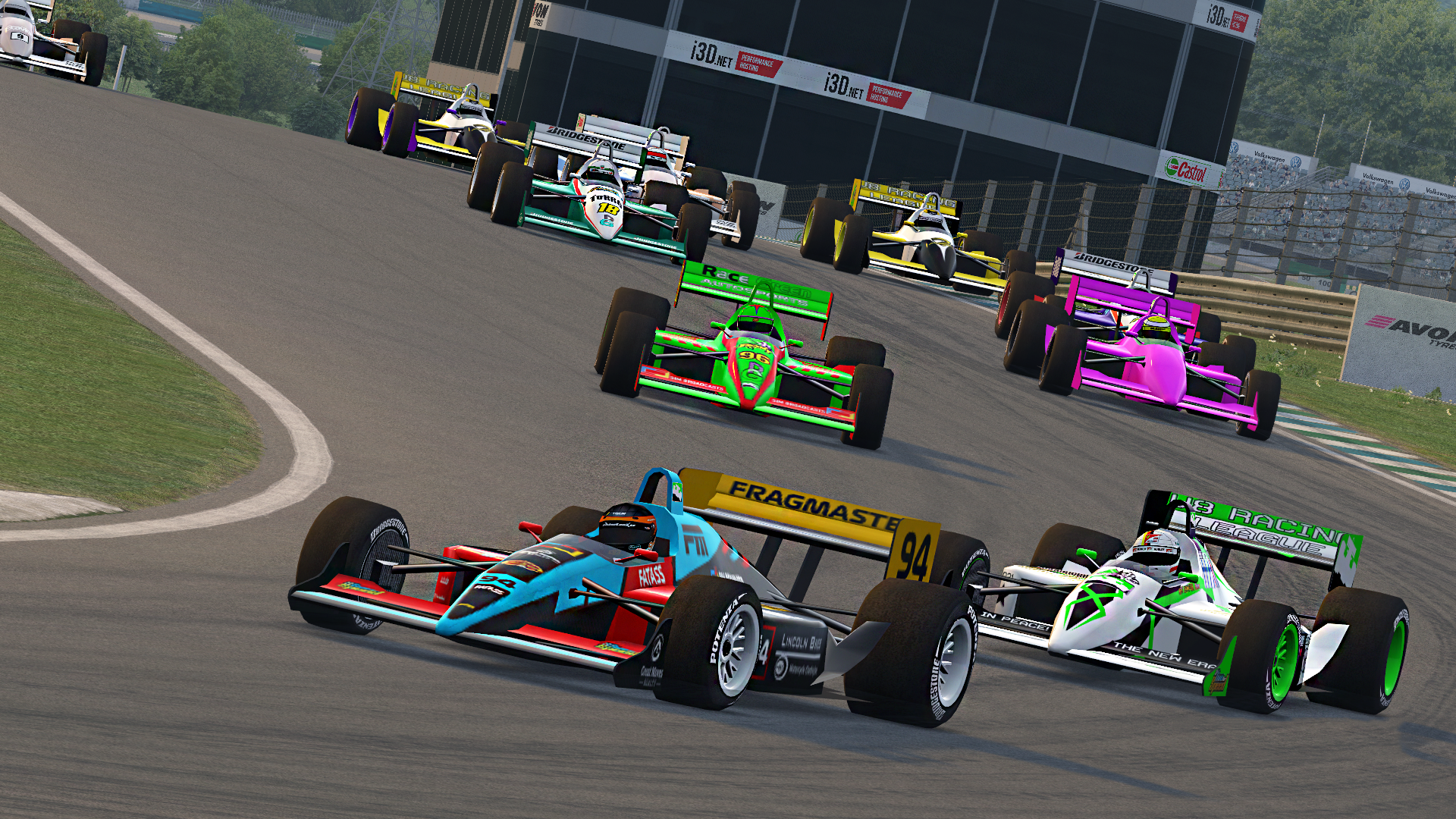 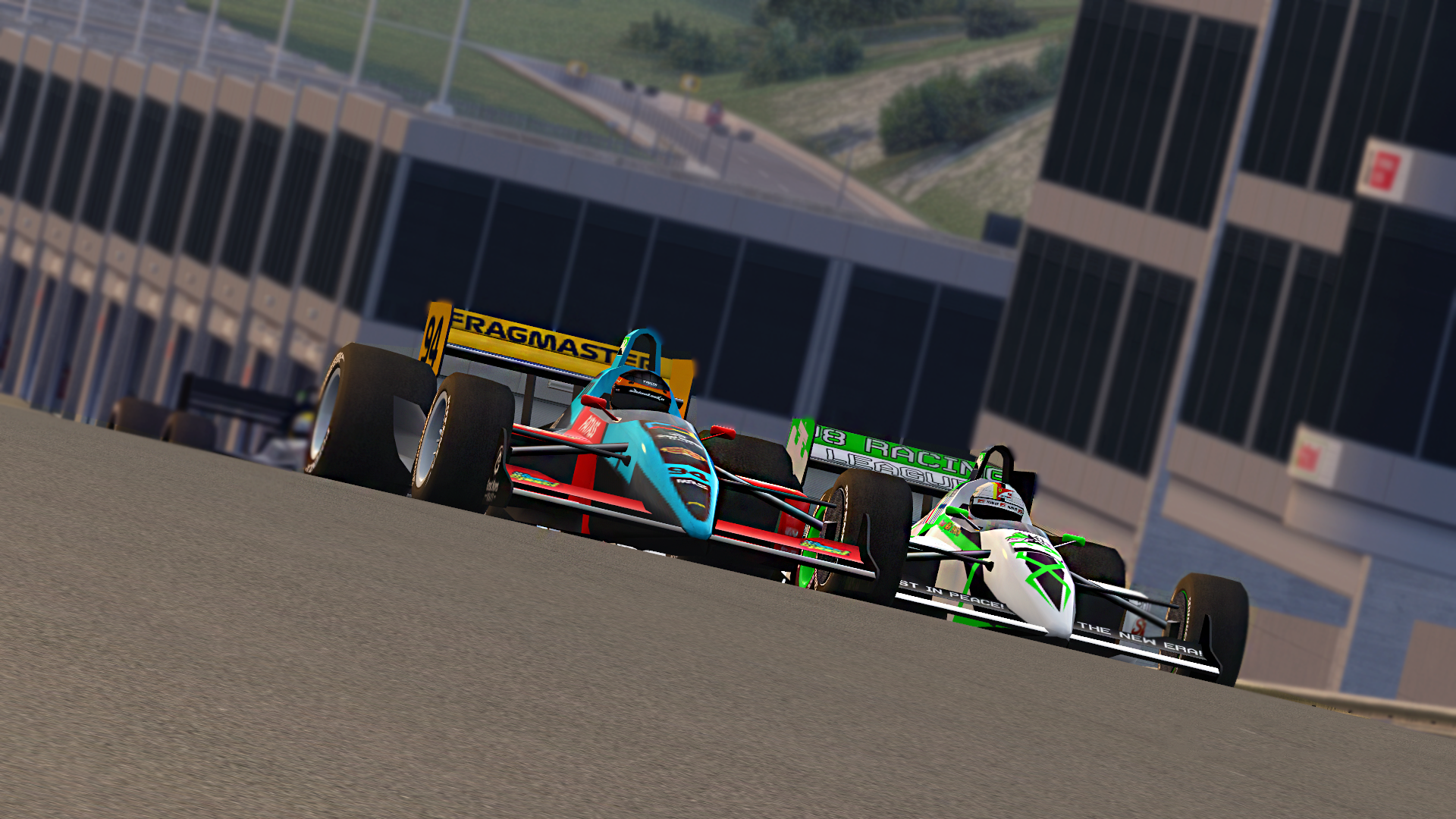 Such a shame I couldn't partake! See you in round 2!
Eclipsed 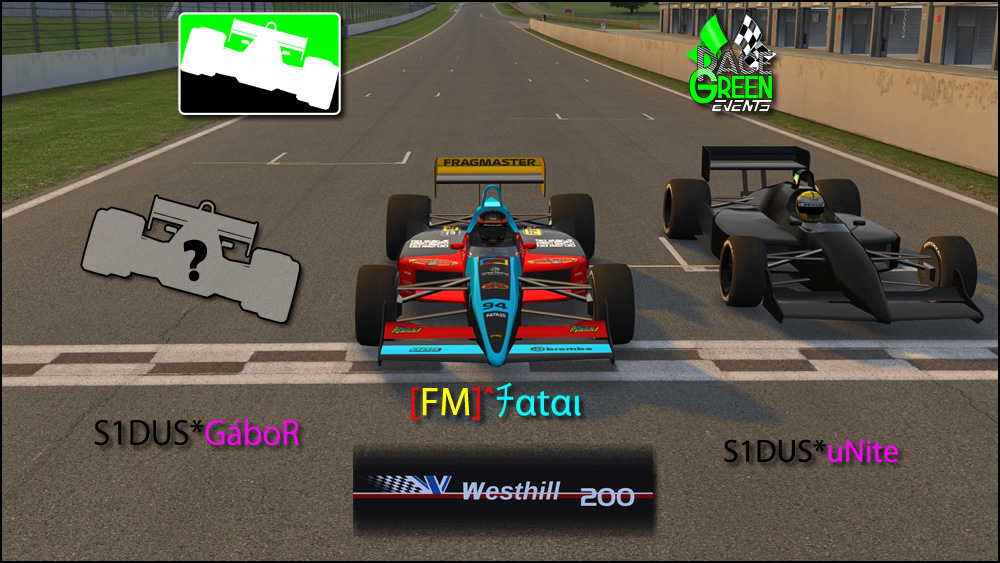 The new era of V8 Racing League was launched this monday - the new car brought new challenges to drivers and with fuel tank too small for full distance,the race got a small tactics addition. And yet when compared to last race at same track with old car,the distance completion took just 11 seconds longer than 2019 when running old Formula V8 - despite reduction of aero downforce,the new car is practically on par with old one,at least in Westhill. One interesting fact shows that drivers were focusing rather on car than competition - between best 12 finishers,only positions 3 to 7 were shuffled,rest finished in same position they started.

Last year's second best driver was the one to beat this year in round one - Fatal set a track record during practice before the event,even if he could not get close to it in qualifying,he still was the fastest and the only one beating 1:38 mark. But it must have been race start stress as he made mistake on lap one and gave up the lead,but regained it after the temporary leader also made a mistake - the finn led the remaining 33 laps to become the 1st winner with turbocharged car in this league,scoring his 2nd VERL race win. The defending champion Gábor did not do as much practice as the racewinner,that might be the reason of his performance - he made several mistakes and finished over half a second behind,settling just for 2nd place finish. His teammate Unite finished 3rd and was one of 3 drivers with positions gain during race.


First round is just the first sign of things what could happen during the season - standings is currently led by Fatal,who is 5 points ahead of defending champion Gábor,Unite is another 3 points behind. Best rookie is Motimoukari,who finished 10th overall,in rookie of the year standings he leads by 3 points over his teammate LG-mies.

The defending 2-time teams champions Team S1dus scored once again most points with their 2nd and 3rd place finishes. They lead the standings by 9 points over Fragmasters,which is a single driver team in this league so far. 3rd in teams table is MRc,13 points behind lead. Nations cup seems to be the most boring championship once again - Finland scored 36 of 39 possible points and leads by 19 points over Hungary,3rd is Malaysia,which is another 5 points behind.

2nd round of the series will be held in the probably the most difficult track of the season - again forklifts and container trucks have left Blackwood to free up space for VERL action. The 2.5 kilometer temporary course in the container storage area is run on very bumpy surface and twists between stacks of containers. One of the big challenges is the variating width of the track - the front stretch feels like football field wide,while the track narrows to 3-cars width after turn one,which also will trouble drivers,who are too used to strong downforce of old car. Drivers have 2 weeks of practice to learn how to deal with these challenges.