Tag Event #1 results are in!

Thanks to all participants of our tester event - it's safe to say we learned a lot from an event setting that were not apparent from sessions on the server! More on future events and their formats to follow.

The final spot on the podium is claimed by Race Green's **Mandula**, with 842 points.

Congratulations to the podium!
Racon 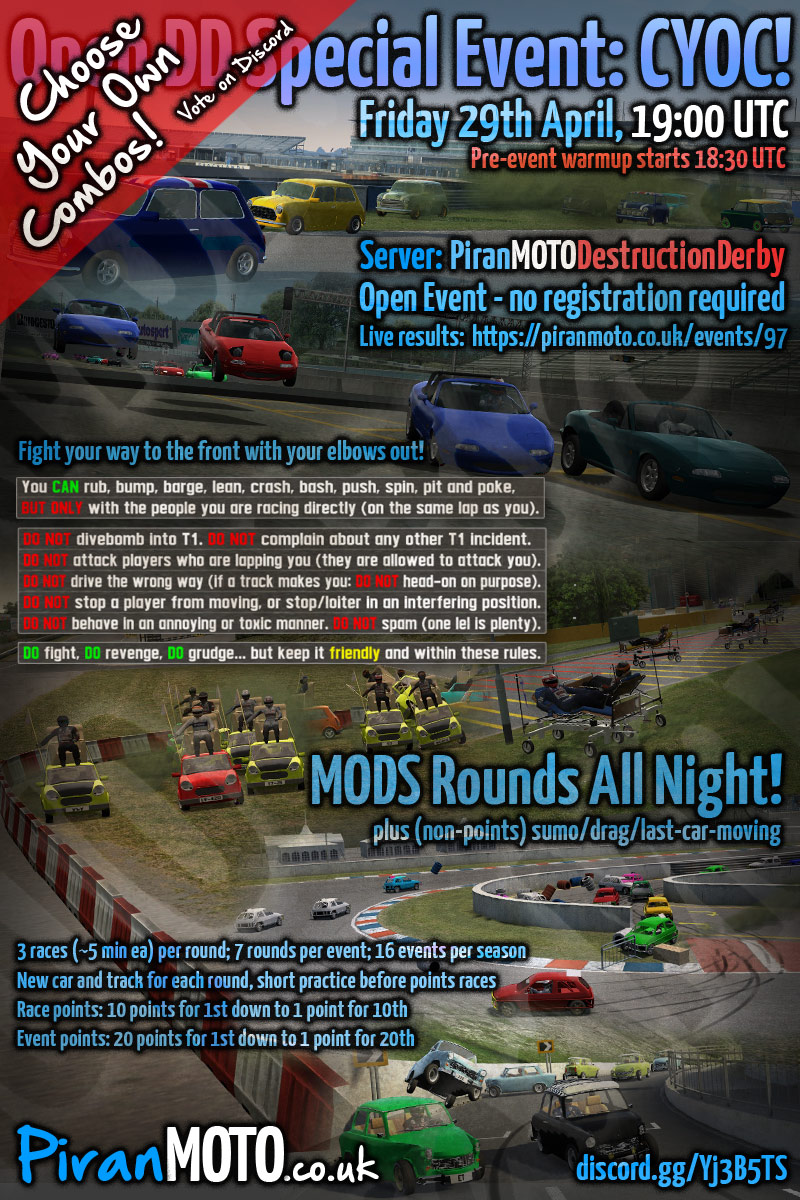 We're going to sneak a quick special event into the schedule before we kick off season 7, with our racers choosing the combos. *(what really?)*

Suggest the car/track combinations you'd like to race most on our discord server, we'll all vote on them, and then we'll run the 7 most popular for this week's event. *(oh god no)*

To keep it relatively sane, we'll require that in each combo we must have either a car or track that we've raced before. One new thing at a time! *(well that's something at least)*

If it's a track that's not in the server's !vote menu (list available at https://piranmoto.co.uk/servers), let us know so we can upload and check it in time. *(just no)*

Voting will be open until Weds evening, combos will be announced and readied on server for practice on Thurs. *(we're all going to die)*

You asked for it, you got it 😉 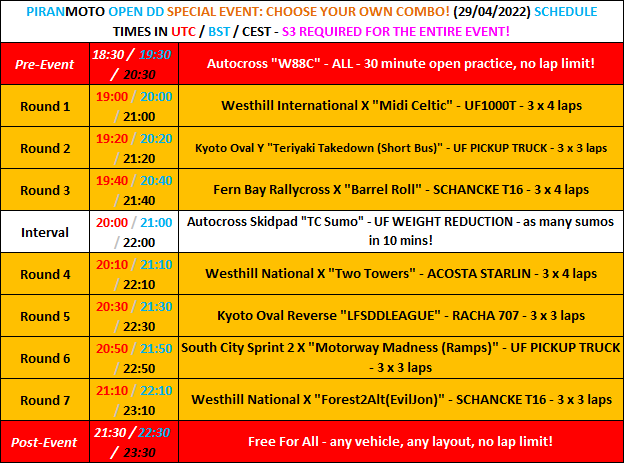