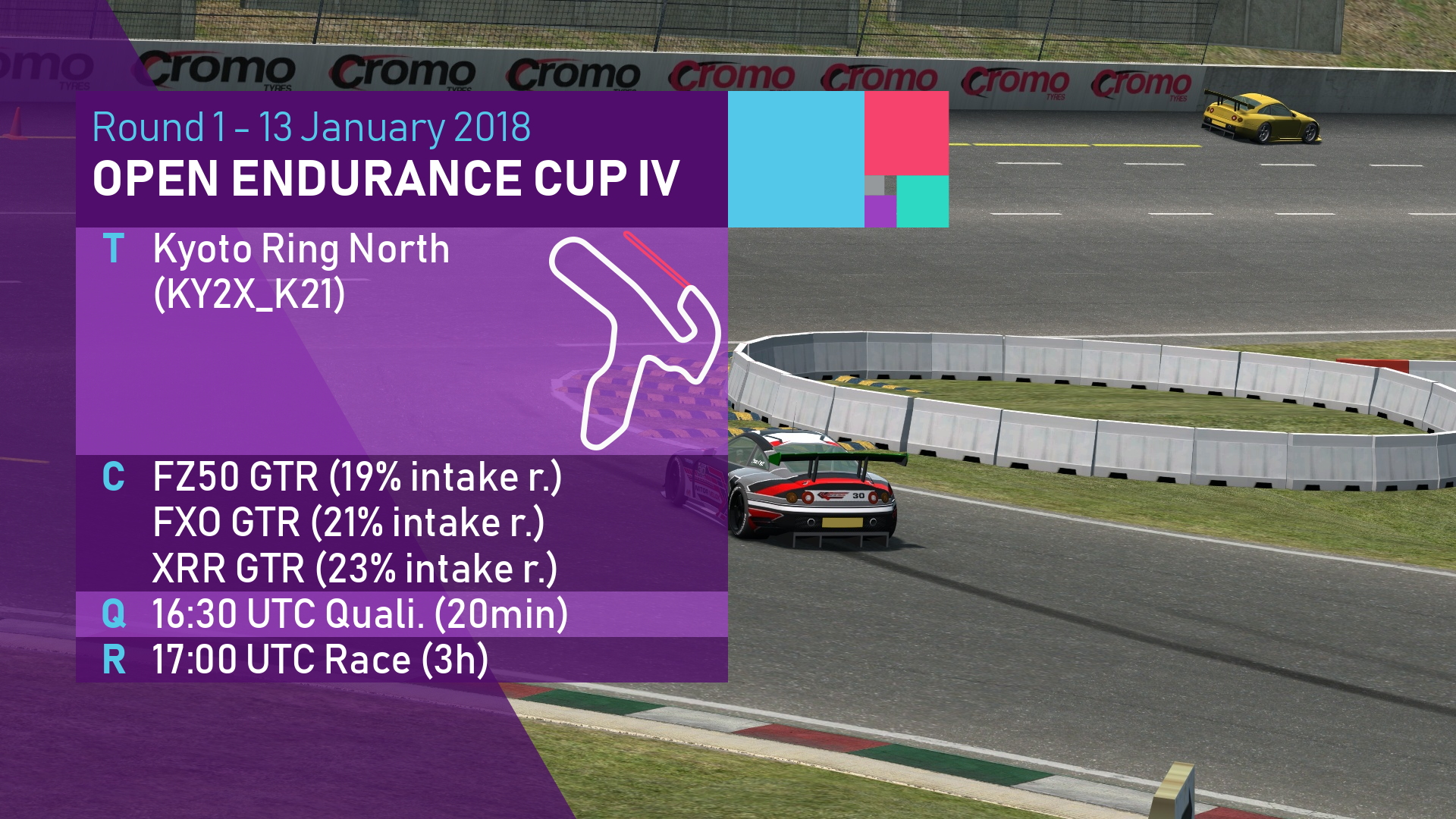 During qualifying all drivers will be able to complete as many laps as they wish. However, a team needs at least one timed lap to be allowed to start the race. E.g. it is enough that one driver of the team sets a lap. If more then one driver of a team sets a lap time, the faster time will be taken for the starting line-up.

The grid departs just before the final hairpin in two-by-two formation. The field shall accelerate to 80kph (49mph). Overtaking is allowed with the Green-Flag-Message. Please be careful on the approach to the first braking zone, as the straight is narrow and no race has been won yet on the first lap.
The layout has changed slightly: The speed humps are moved in towards the artificial walls on the oval entry and exit and the pit lane entry and exit are now a bit wider. You can find the updated layout in the attatchment.
Please remember, there are NO Safety Cars, NO restarts. Rejoins are allowed at anytime but result in the loss of one lap, including rejoins due to connection loss.

I hope you will have a fun race nonetheless.


The server is again kindly provided by New Dimension Racing. The password will be sent to the teams on race day. Please check if your profile allows private messages, otherwise you will not get the information.
Last edited by TFalke55, Thu, 10 Jan 2019 12:00.
michal 1279

Is there no speed limit in the custom pitlane?
TFalke55

yes, there is no speed limit in the custom pits.

EDIT: But be aware, as those still on the track have the right of way on the pit exit!
Sn1p

Everyone else should have received it, if not please contact me.
lucaf

I'll also be streaming from my POV in VR (XRR)

for next race remote please! no spec is bad.
nikopdr

Well, that was disappointing. Even though you were generous to let me start without doing the qualifying, I failed to deliver.

The start was a bit messy, since most of the cars in the rear didn't seem to react to chat saying green flag, and the traffic jam into T1 was horrid, but everyone got out quite safely though. A suggestion for next time though, would it be better to display the green flag message via /rcm_all? Atleast that way it'll show up on the screen large enough and it overrides message block, but I doubt anyone blocked messages there.

Managed to get some decent pace but R3's weren't the best tyre choice, they became very thin at 45ish minutes, and my first mistake was to adjust the F12 menu whilst on the last turn. The pitstop failed completely, I miscalculated fuel, forgot to remove tyre pressure when I switched to R4, and cooked my clutch leaving pits. It teared my motivation apart. What finally broke the spirit was a lapped car clipping me in T1 resulting in me losing my spot and 20 seconds.

I won't go as far to name and shame anyone, but you guys should be more aware of your surroundings and the size of your car and the lines people take into corners. I almost got shut in the beginning laps even though I have my front wheel overlapped so far that I would have the right to inside line. Almost got taken out by a lapped car that suddenly in a side-by-side situation closes in on me, which could've ended up far worse.

There were some good battles though, altough a bit short. Thanks for hosting the race, see you all on round 2, I'll come prepared next time.
dekojester

Remote now up - in the time between OEC III and OEC IV the server was off and timed out of my insim relay list - forgot to check when I launched the server a few weeks back, but it's on Remote now.
xtraction

Are you going to be posting final race results here?
TFalke55

I watched the replay and a few people did mute messages.. so the green flag wasn't seen by some.
TFalke55

Aw man. Come back revving for the next one!

!rcm would be better because sometimes chat can be missed if someone managed to turn the pinging sound off, and misses the visual cue from chat.

And also maybe rule can be in place for neat 2x2 and no weaving whilst waiting for green, if not the start will just be waved off, or something. Mid pack looked messy from the POVs available.
gu3st

I just don't think people understood how the start was going to go. Because it was a "flying start" I think some people thought it was "go like hell" from the start. I didn't even accelerate because I knew people would screw it up

Thanks for the streams guys. My job became quite boring, so i synchronised both streams at start and gonna have them playing until the end of workday.
MicroSpecV

Perhaps looking back it might have been a good idea to start the roll in at the Avon bridge SC2, let the drivers hype up a little and then throw the green once the top 10 or so are at the S/F line. But that would require a standardised Zone 1/flagging line befoee S/F and also a rule to only allow passing after the S/F..

Maybe too much work.

Had to make a shot for Borislav's podium, but I decided to do some more. So here they are: 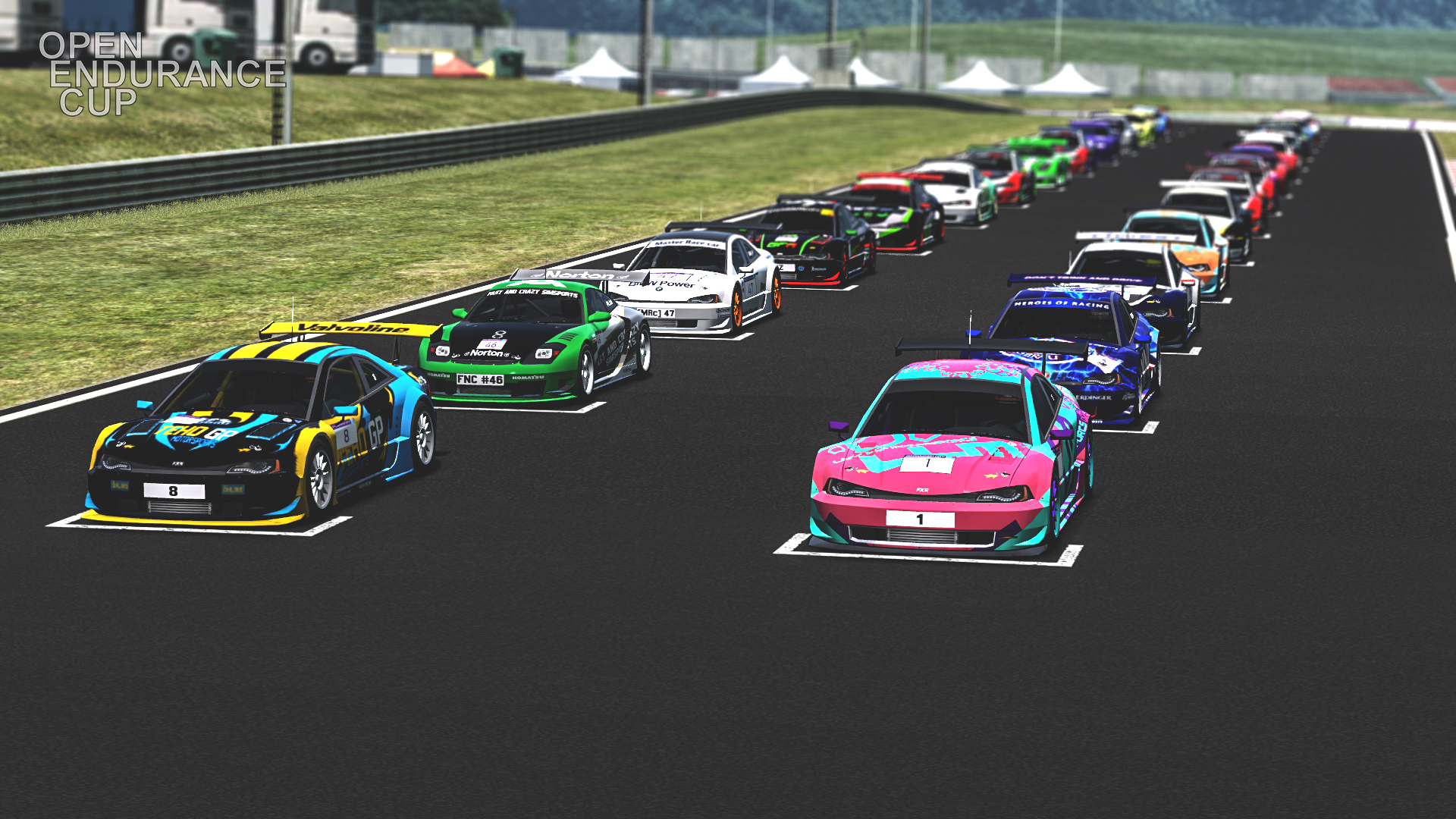 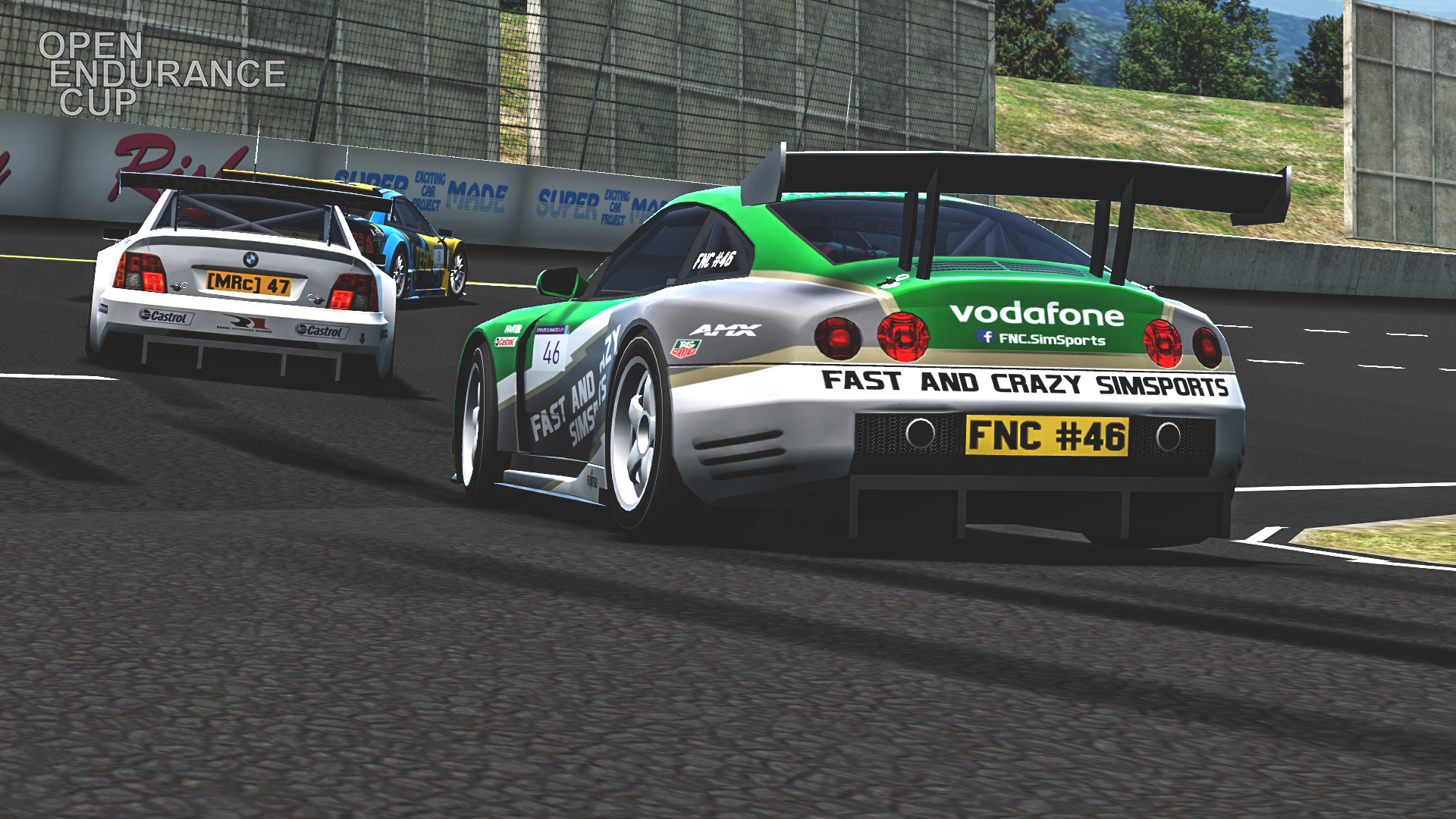 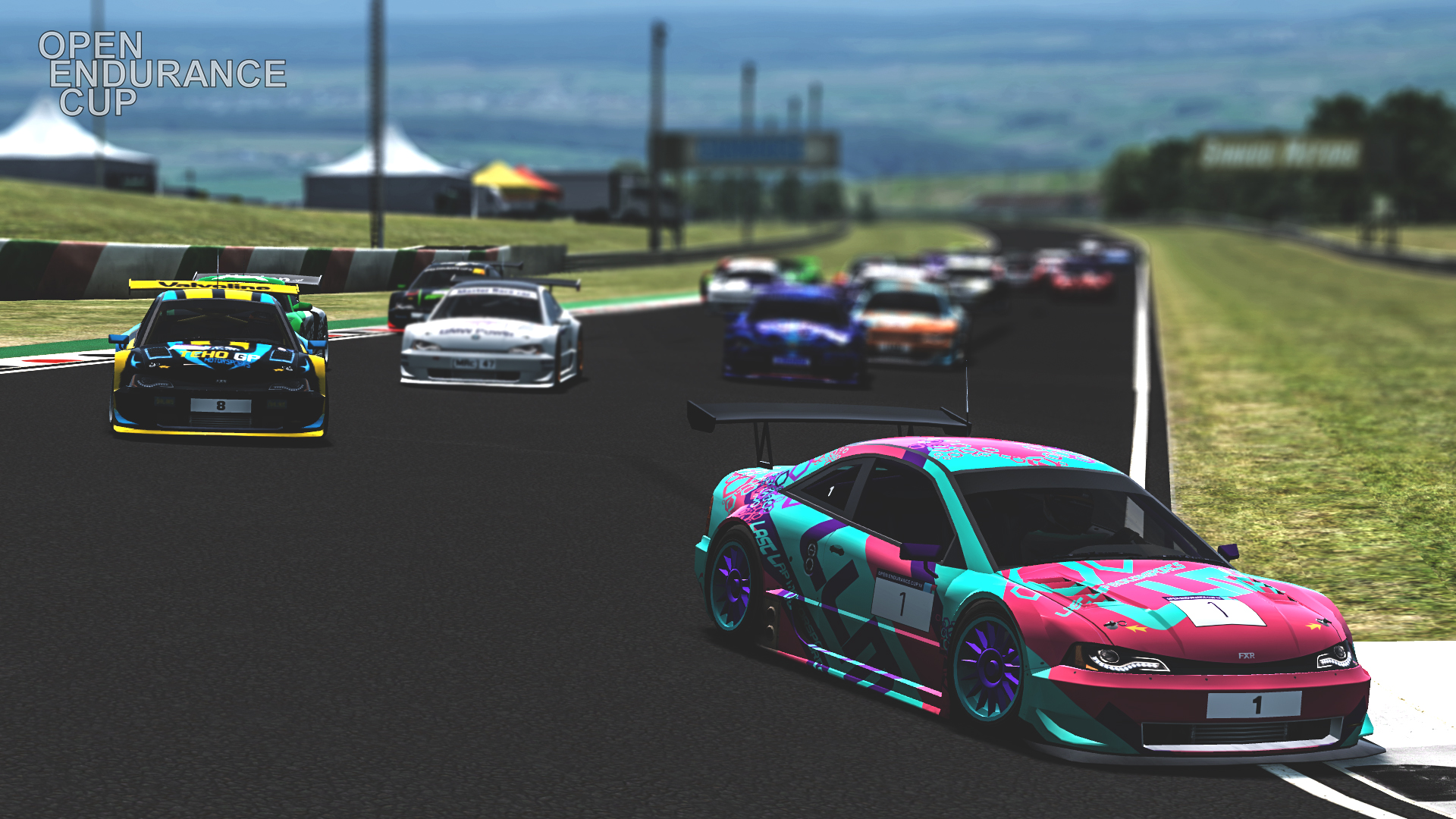 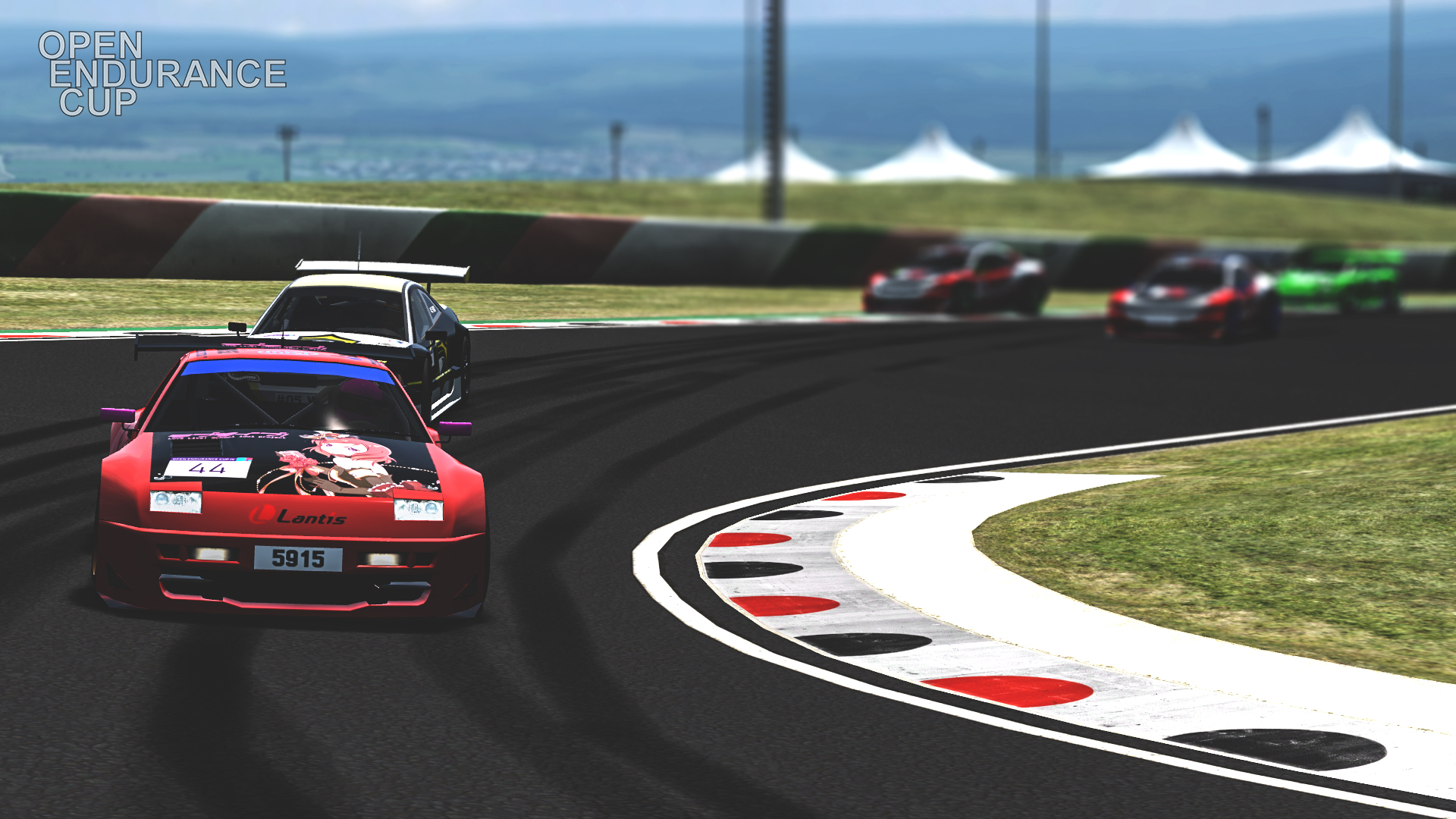 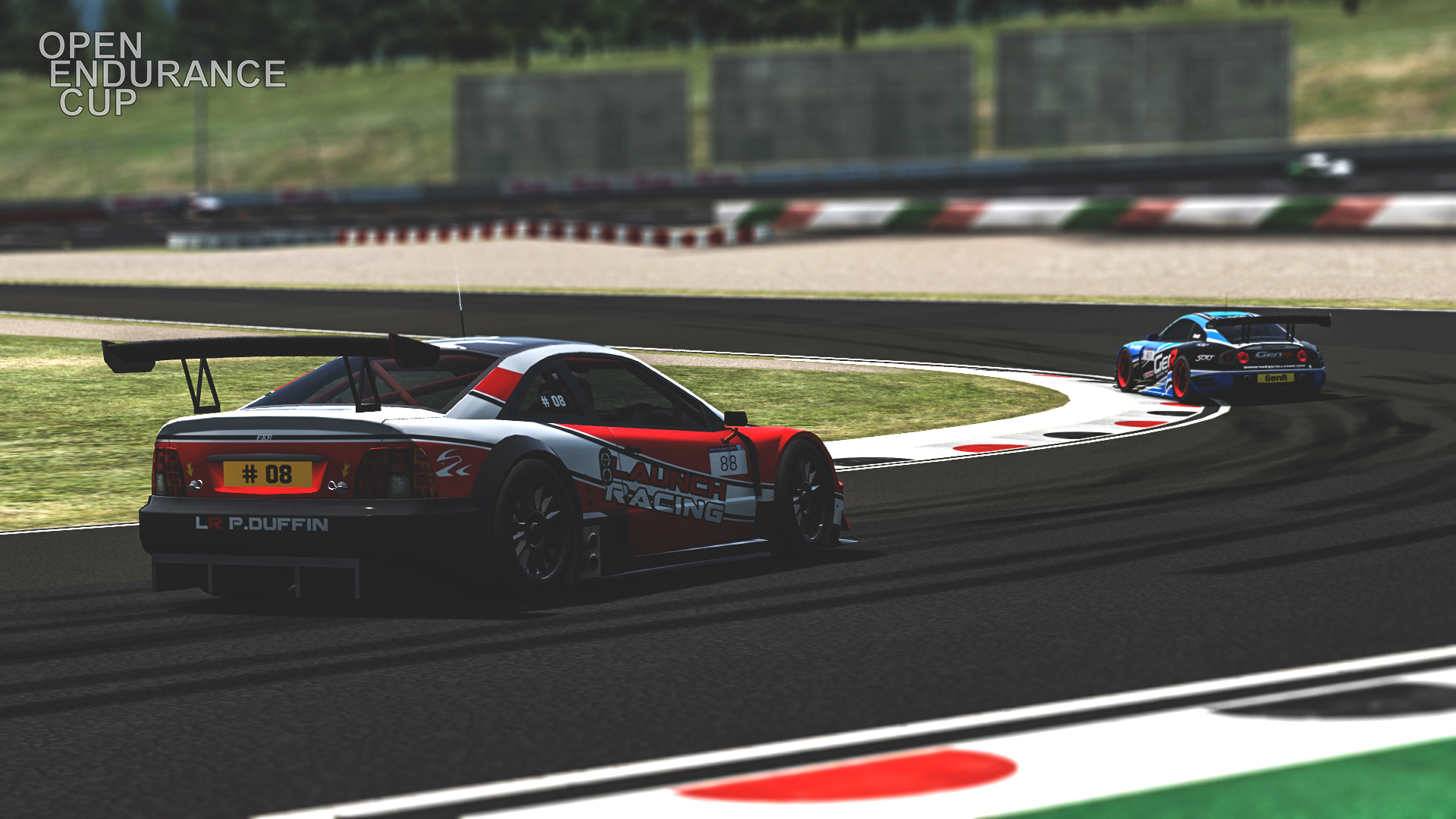 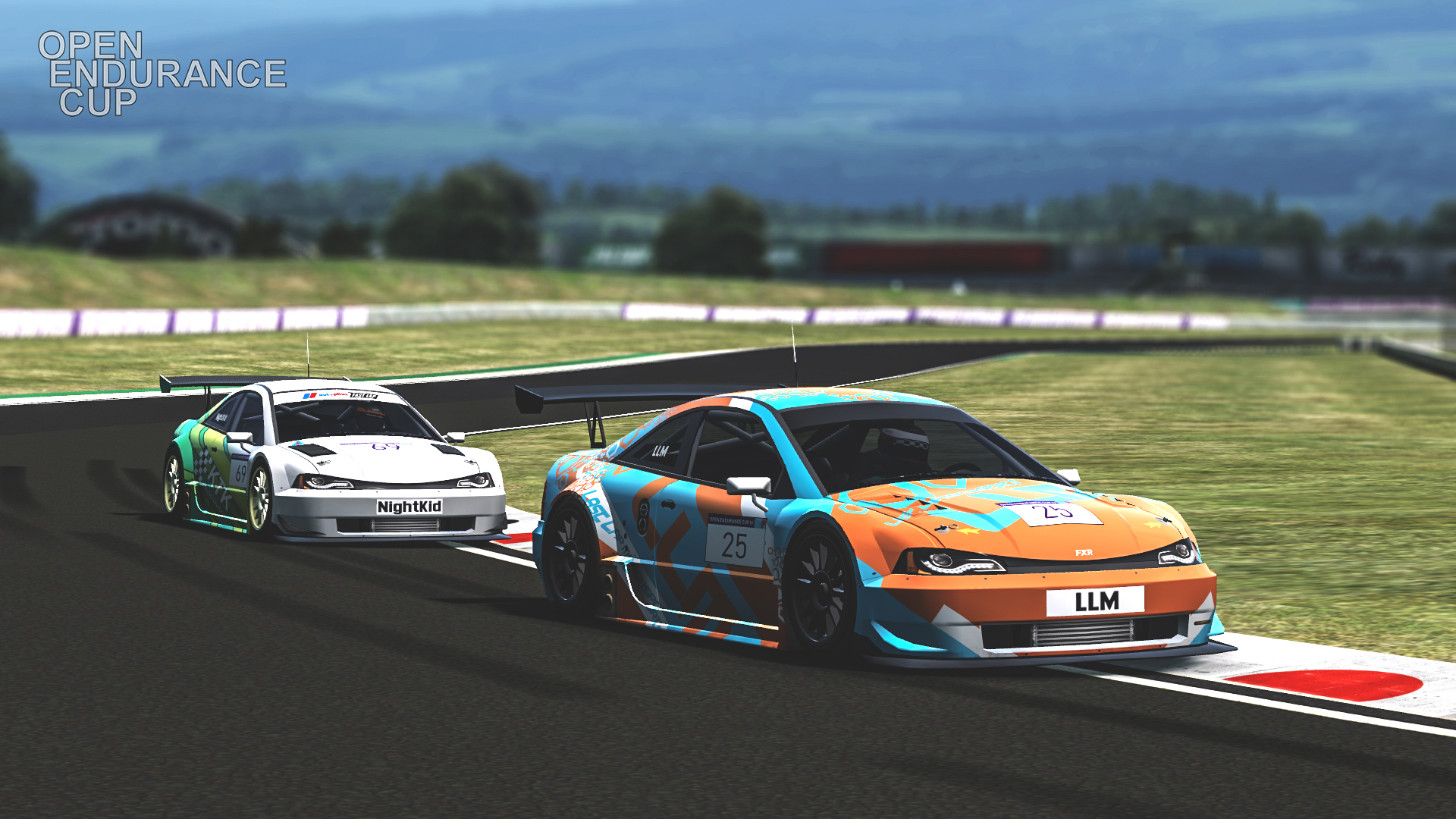 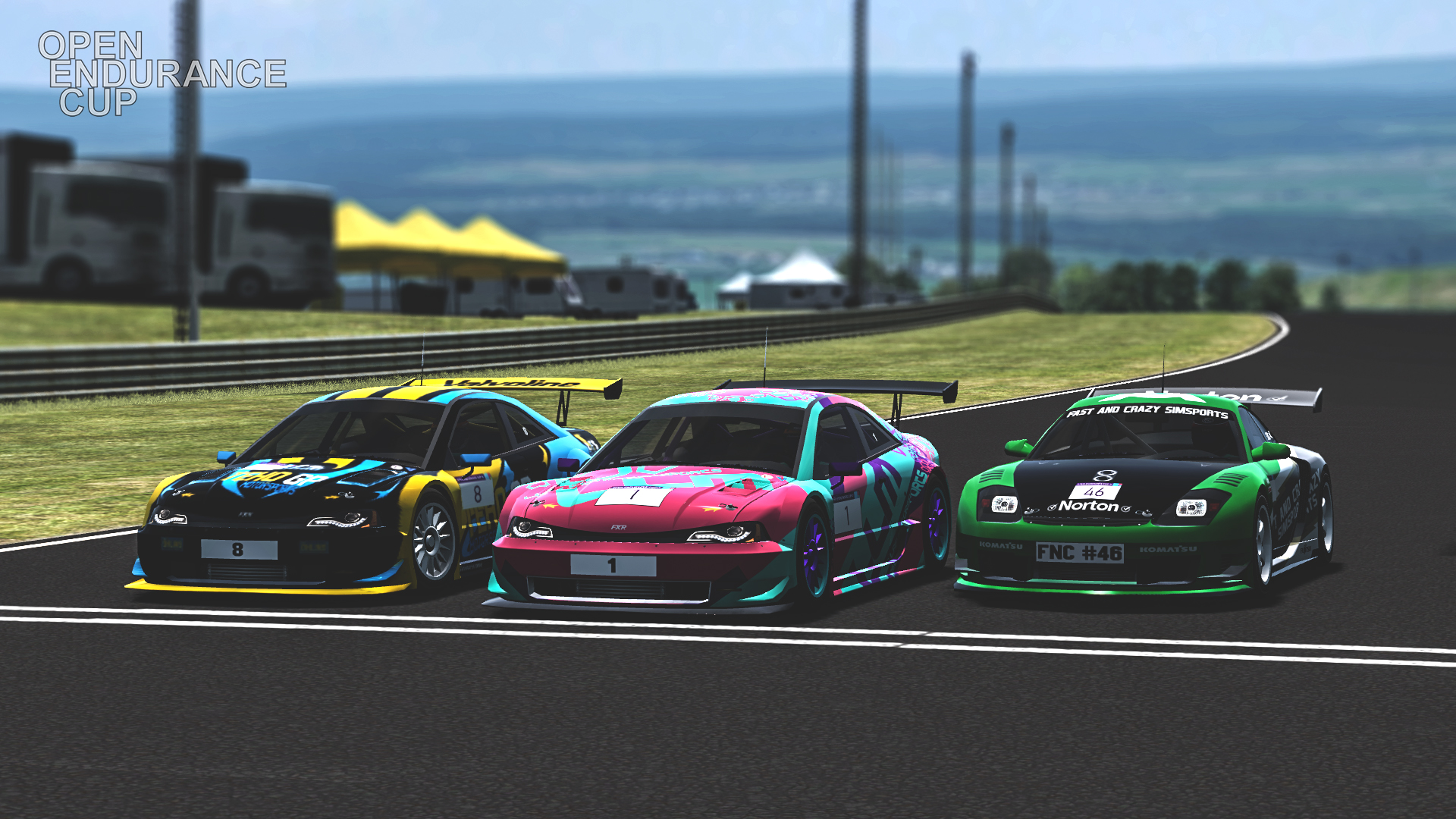 It's kinda funny. Field full of FXR and a few FZRs and the only streams are from 2 XRR drivers, both in VR as well.
MTnRunnr

I enjoyed the race while I was running, for the most part. Thanks again for organizing and hosting this event. I had little practice time available. Forced to retire due to burned up clutch. I hope to be more prepared for the next race.
1
2