I hope you don't have an open cone, otherwise enjoy your heat soak.

Your car doesn't look too bad from that angle, but I suspect you have massive alloys and lower springs and the rest of the standard inventory to ruin handling.
S14 DRIFT

With all due respect, you drive a van with a cross brace bar.
P5YcHoM4N

Not off the bat, no. But 95% of people who put on big wheels and lowering springs do it for looks, no other reason. So the vehicle crashes around on anything but the smoothest of roads. And that is the problem. On a track, it'll be quite good (assuming it was done right and not a half arsed job), but you want the softest suspension you can get away with. You make up for the body roll with an ARB.

Sure, I drive a van, but I've thrown more cars around race tracks and B-Roads than you've had girlfriends. And it has ranged from chavved up motors (I've been down that road, so I've learnt from my mistakes), to luxo barges to sports cars.

There are many on here better equiped to pass judgement than I am, but seriously, if you're buying a Corsa B (for insurance reasons), do you really think top dollar was paid on the suspension to improve the handling based on the roads around you or a set of eBay special one size fits all?
S14 DRIFT

I agree people do it for looks. But as for no other reason, perhaps not. I agree with your point about crashiness etc, my friend has fitted height adjustable coilovers to his Corsa C (100mm drop) and sure it's uncomfortable but it does handle a heck of a lot better than it did before.

To be honest even the "budget" coilovers such as JMEX are better than OE for handling.

And before some smart-ass comes in saying "oh so why was it not fitted by the manufacturer...".

care to explain why swimmers shave all their bodies then? an improvement is an improvement. it doesn't even matter if a 3-less hair runner is a nanosecond faster, he's still faster. i was joking with my comments (i even added smiley faces) so maybe you're the one "not getting it". and then to say that i'm weird because our opinions are not the same. now that I find is weird.

but if you're going to be prickish about it, being bald will not offer any downforce. only an absolute moron would even suggest such a thing as an example. it's easy to insult someone when you're not getting your point across isn't it?

Running a beard costs you an extra £5 a year in petrol.
P5YcHoM4N

It is all about being able to drive it like I stole it to then do a cross country drive without getting out with back ache. Once you start chavving up a car (lower, bigger wheels), long distance drivers are unforgiving. I've driven maybe three cars that have had suspension mods that I could cover over 100 miles in without having a ruined arse/spine.

I've covered over 500 miles (Hartoft to Rochester to Hartoft) in one sitting, only stopping for fuel and to drop off some crap, in my little van. Other than having tired eyes and dying for a cuppa coffee, I was still quite fresh. I could only do ~40 miles in a slightly chavved Pug207 before I wanted to stop and get out. Though to be fair even stock I've only managed ~60 miles before wanted to get out of a 207. Not the nicest drive in the world.


I think it means, you drive a van, you have no opinion.

This and because the LED-Rears are original BMW Parts and i just updated to Facelift-look.

Well... i am driving a Renault Twingo GT, the one with 100hp or something.

but i wouldn't say it's a car.

I could say that it stalls when i press the throttle, but i don't think anyone would believe me.
e2mustang

u may have an air leak in the intake then.i believe you

Because that is surely what he is in now.

I think he's actually driving one of these: 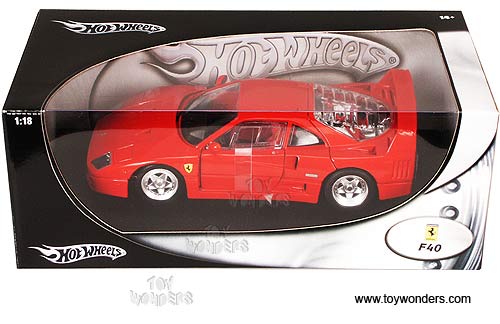 Okay...i got caught out

But i got to touch it. Thats close enough.
BlueFlame

I touched a 33 Stradale before, but I creamed on the exhaust so they banned me from Alfa meetings.
[UKR] Race King

Can I feel the difference? **** yeah. Dyno printout to prove should anyone say I'm talking BS.

If you have a VAG car then I can whole-heartedly recommend Rtech based in Hinckley.

MPG is also improved, did about 105 miles on less than 1/8th of a tank on cruise at 85 after the remap.
Klutch

Dyno's are a tuning tool.
george_tsiros

A spanner is a tuning tool, as well; what's your point?
BlueFlame