Each driver will have a maximum of two attempts to achieve the fastest possible lap time. Each attempt is charged once the driver has left the speed-restricted part of pit lane. It is not permitted to do both attempts right after each other, you must jump to the pits or spectate after completing your first timed lap. When leaving pit lane, the yellow blendline is not to be crossed. You may only join the track at the end of the blend line just before T1. Since all drivers should have more than enough time for both of their attempts, all of them are asked to leave adequate gaps to those in front of them before going on a hot lap, it's within every drivers own responsibility to do so.

Should a driver receive a penalty during qualifying, receiving a DT for speeding in pit lane for example, he must serve that penalty as soon as possible! Penalties which aren't served will lead to the drive in question being moved to the back of the grid!

After the time has elapsed and the last attempt has been either completed or aborted, all drivers are asked to park there car in pit lane and to not enter the track itself!

Just like in the first ever CL event in the year 1831, there will be a laglap before the actual start of the races. Please be careful on the approach to T1 and also the remainder of both races. It could be that you're side by side with one or multiple cars. On top of that, you will also have to deal with the draft of cars ahead of you once you get to the first braking zone. Reckless maneuvres should be avoided at all cost, better think about it twice before you put your own or someone else's race at risk! Sprint races do not exclude sportsmanlike behaviour on track.

There will be no mandatory pit stops in this race, however, the yellow pit exit blendline will be enforced regardless! 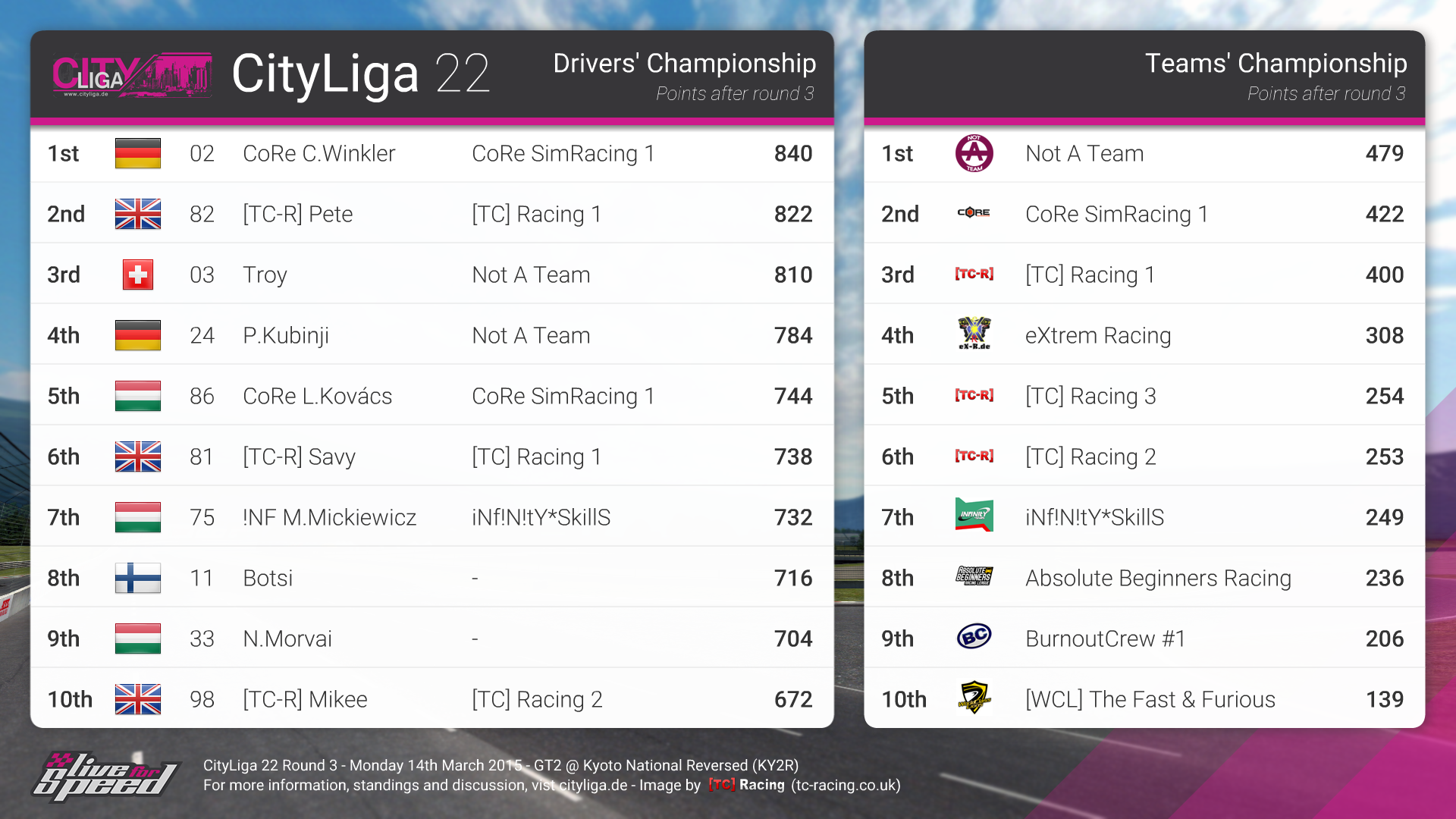 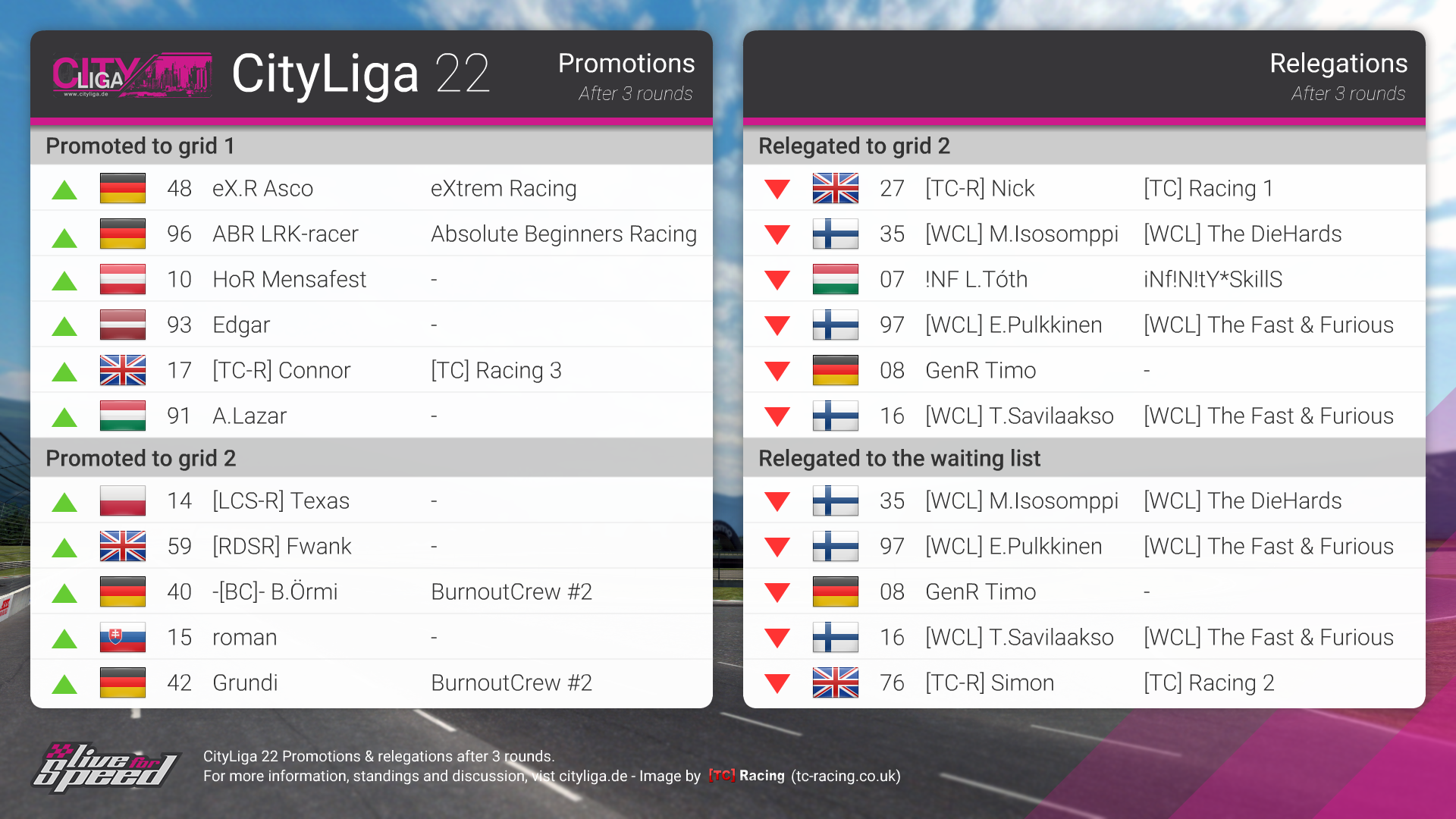