During qualifying, all drivers will be allowed to to complete as many laps as they wish, and may also jump to the pits should they want to. When leaving pit lane, you may only enter the track after the end of the yellow pit exit blend line (end of the blend line = end of the cut off part of the blend line). Please make sure that you don't interfere with other drivers' qualifying laps when you're on an out lap. However, this does not mean that a slower driver must give way to a faster driver when they're on a timed lap themselves. It's every driver's responsibility to leave a reasonable gap to any cars in front of him before starting a hot lap himself.

Should a driver receive a penalty during qualifying (e.g.: a DT for pit lane speeding), then he has to serve the penalty at the earliest opportunity! Not serving the penalty will lead to the driver in question being moved to the back of the grid!

Just like in the first ever CL event in the year 1831, there will be a laglap before the actual start of the race. We're asking to you be especially careful in the first few laps, it's better to lift and brake early than doing it too late! The track simply isn't that wide and there's not room to take evasive action either. There's no reason to enter corners three or four wide in the very first race of the season.

During the race, there will be a mandatory pit stop with a minimum stationary time of 5 seconds. This pit stop can be made at any point during the race except for the first and last laps. Whether any work is done to the car during this stop, is up to the drivers.

The BurnoutCrew updated all servers, so the practice race and tomorrow's race will be on LFS 0.6M.
TFalke55

Good luck everyone for tonight

No worries. Shall I boost my microphone next time or will you reduce the car sounds a bit? Great stream by the way.
cargame.nl

I'll arrive earlier next time, Dave so you have time to get it all ready before the start.
mbutcher 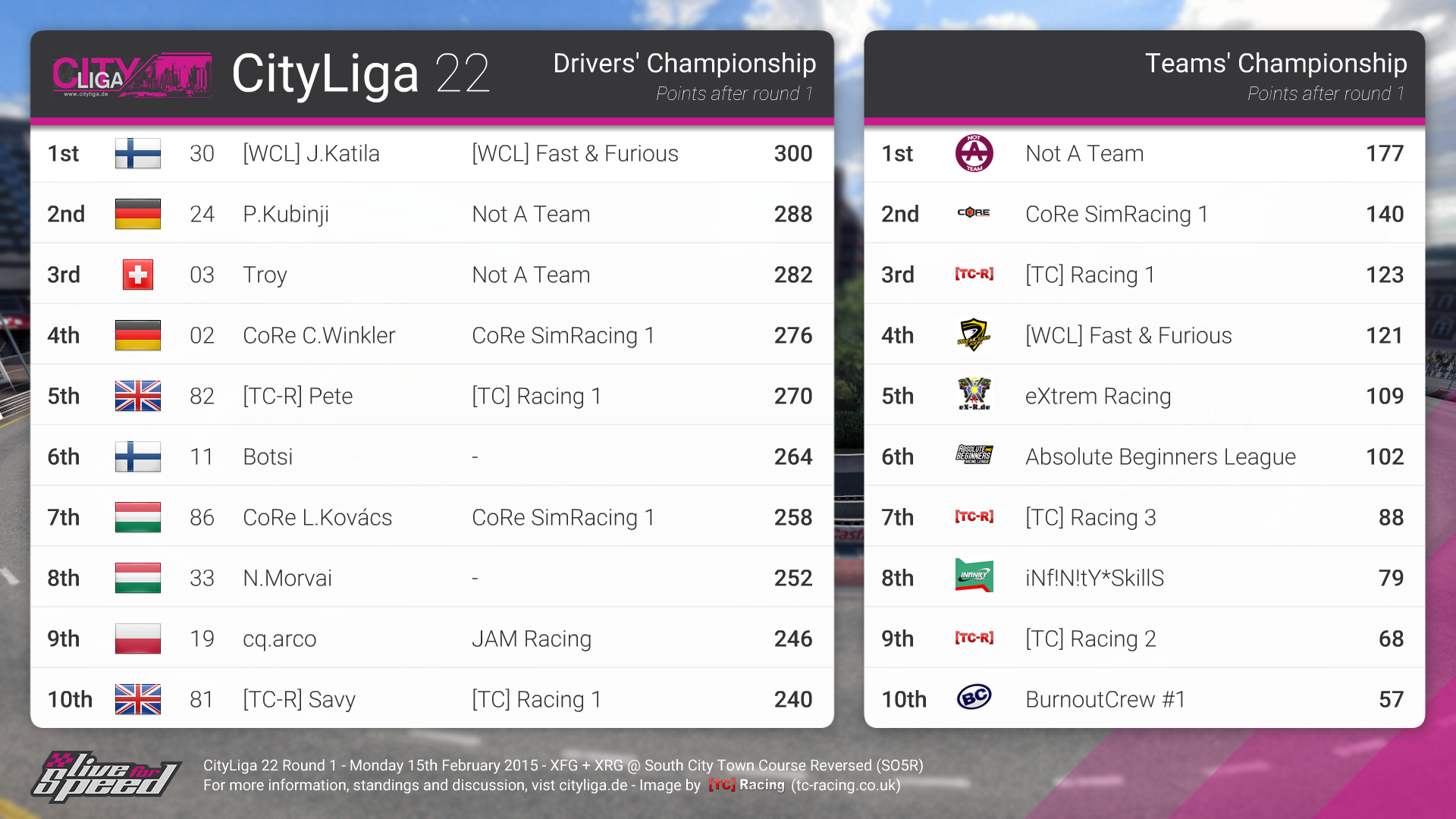