During qualifying, all drivers will be allowed to to complete as many laps as they wish, but may not jump to the pits. When leaving pit lane, you're not allowed to cross the blend line. Please make sure that you don't interfere with other drivers' qualifying laps when you're on an out lap. However, this does not mean that a slower driver must give way to a faster driver when they're on a timed lap themselves. It's every driver's responsibility to leave a reasonable gap to any cars in front of him before starting a hot lap himself.

Before each heat there will be a laglap before the actual start of the race. The first heat is sarted in the order set by the qualifying results. For the second heat the finishing order of the first race will be used, except that the first half of the finishers lines up in reverse order.

During the race one has to expect big packs of cars due to the nature of the car and the wide track with, except in the last sector, large curve radii. We recommand caution for those situations. 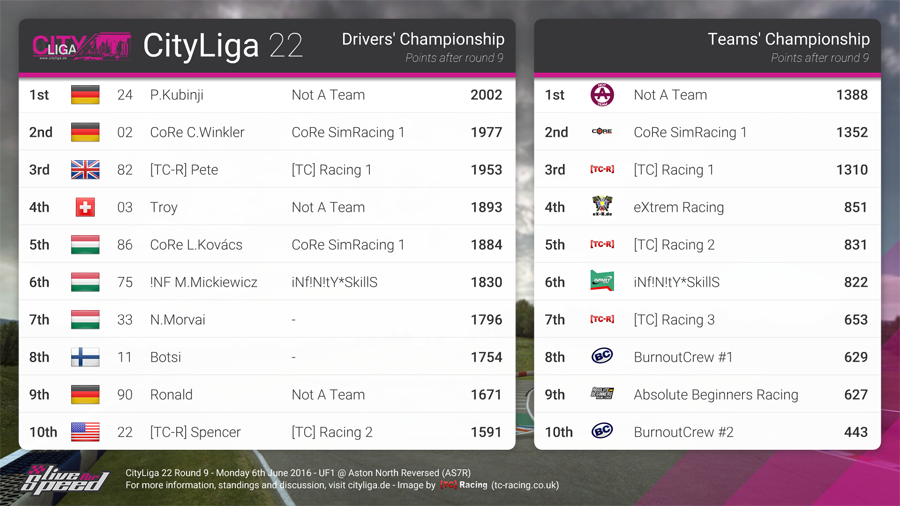 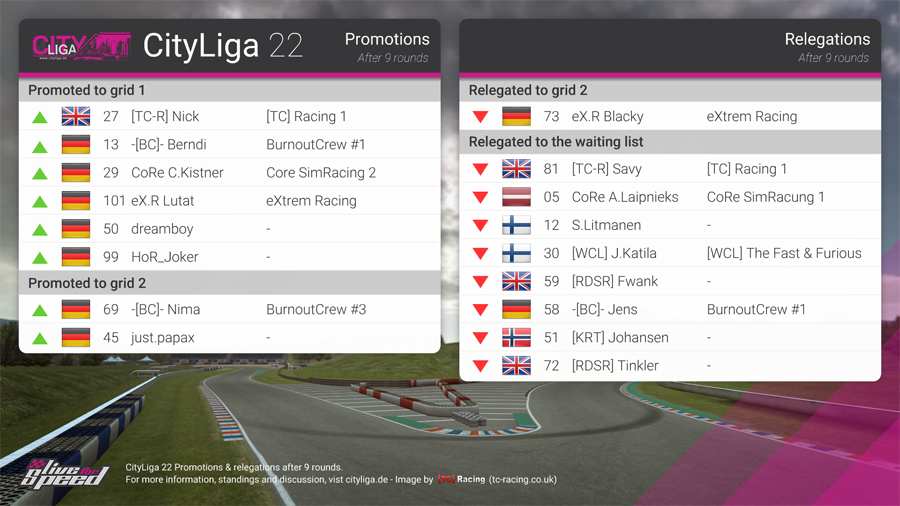