The opening round of the 2011 Ligue FR took part on Wednesday 23th February. Edgar, Aerox (pool A) and Yann (pool B) are the first winners.

After a few months of doubts on its future, Ligue FR saw the start of its fourth ever season on an atypic combo: XFG/XRG on South City Classic Reversed. The league's aim didn't change over the years: gathering the best drivers of the LFS French speaking community on a great annual championship. The league remains the only official league proposed by LFS France.

The new organisation staff, led this year by Momo, proposed a very selective schedule. 16 events for more 40 races in total(including two endurance races), using a large variety of cars from the XFG top the FO8. The overall championship is divided into 5 sub-championship for each type of event: production, GT, single seaters, rallycross and endurance.

Drivers wise, this season already represents a turning point in Ligue FR's history: the 2008, 2009 and 2010 champion, mighty Renesis' Worm, will not defend his crown! Instead, the Norman decided to focus on iRacing this year. The drivers' championship is extremely open, especially since the runner-up of 2010 season, Magic Turtles' Logan, will certainly be absent aswell.

Teams wise, Renesis' very limited program means that 2011 will not be the year of the come back, after a title wasted in 2010 because of a lack of available drivers at the end of the season. But the reigning champions, Magic Turtles, will have a lot to do against challengers Crazy Drivers, Team La Poste, Rasta 4 Racing, FSR-TEM, without forgetting 2F2F. Team Best French and Pocket Lugon Team will be to watch aswell, for possibly a few podiums here and here.


Here is the report of round 1: 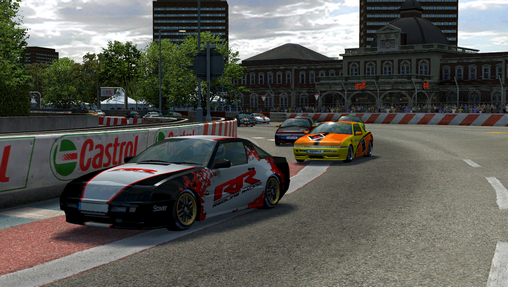 Pool A was composed of 20 drivers for this round but only 14 turned up on race day. Redline's Vaillant would secure the pole in 57.48, almost a tenth and a half faster than TLP's Edgar. Further back, a nice trio composed of Oliv, Shark and Aerox in 58.15. Loconstant, Pantera, Jman76, Fat Boyt, Takanka, Stff, J.Difool, Magic42 and Puffing follow.

From race 1's start, Vaillant attempted to get away from 2nd place runner Edgar despite a few little mistakes. No major incident to point out, until lap 3, in which Loconstant went off at the chicane. The LFS France admin nevertheless managed to carry on after dropping to last. Meanwhile Vaillant would build a small margin over Edgar, but the Redline driver would have to save fuel in order to finish the race. Sadly he would eventually run out of petrol a few meters from the finish, offering a lucky win to Edgar. Oliv76 and 2F2F teammate Jman76 round up the podium.


As a matter of fact Edgar would find himself on pole for race 2, in an optimal position to make it 2 out of 2. No major incident in the opening laps again, until lap 3, in which Fat Boy would run wide in turn 1, forcing Aerox into the armcos. At lap 8, Puffing would go off at the chicane, hitting 2 walls, and dropping to last place. Edgar would eventually win without much trouble, less than a second in front of Vaillant. Magic Turtles' Shark takes the remaining podium slot. Also note that Aerox would nevertheless climb back to 7th after his incident with Fat Boy. 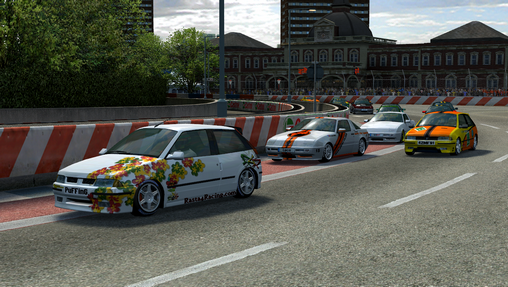 Puffing at the start of race 3.

Race 3 would see a complete reversed grid, with last of race 2, Puffing, on pole, in front of Magic42 and Loconstant. Puffing would keep his lead at turn 1, while Loconstant would get to 2nd at his start, taking benefit from its XRG's great start capacities. The man on a charge would be Fat Boy, passing Loconstant for 2nd at lap 4, before inheriting of a surprise lead at lap 4, after Puffing went off at the chicane. But the Belgian would make a mistake aswell a few laps later, once again at the chicane, handling the lead to Loconstant, in front of Aerox. The former looked to be able to take a very surprising win, before misfortune struck: a return to windown ruined his chances and made him drop back to 6th. This meant that Aerox would take the victory in by far the most eventful race of the day, in front of Fat Boy and Shark.


Pool B was composed of 20 drivers aswell, with only 15 drivers attending in the end.

Yann Laprevotte, from the FSR-TEM alliance, would take a brilliant pole without any trouble. The driver from Lorraine would have an almost half a second advantage over closest opponent Crazy Drivers' Ditch. Florent, Rayden, Tybo, JPRC, Cayenne, Nanex, System, Scorpio, Naro', Beaud57, Elberto, Gio and ben 33 follow behind.

Yann would have an easy get away at race 1, while 2nd place runner Ditch would cause a pile-up at the chicane. Yann therefore won easily, in front of survivors Florent and Rayden from Spain.

The order would stay the same at race 2: Yann, Florent and Rayden, in a rather dull race up front.

With reversed grid, Ben33 would start race 3 from pole. 2nd and 3rd place starters Cayenne and Scorpio would create a huge crash at turn 1, slowing down most of the field. Naro would take benefit of this and would lead the race for a short while, before teammate Yann, who started from last, would overtake him at a few laps to go. Nevertheless the Alsacian driver would keep 2nd until the end, securing an FSR-TEM 1-2. 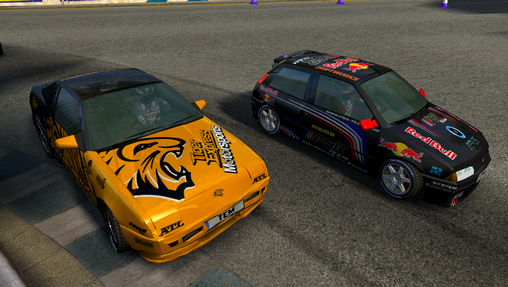 Naro trying to resist from Yann in race 3.

At the standings, Edgar takes an early lead, in front of Shark and Aerox. At the teams' championship, a surprising trio composed of 2F2F, TLP and CD get on top 3, while reigning champions Magic Turtles follow in 4th.

Ligue FR will go to Blackwood GP next week for round 2, with TBOs. Pre-qualifications are already open: http://www.lfsfrance.org/liguesfr/gcomp ... =91&page=1

I will put it on LFS News later in the afternoon