Nope. Start exploring what LFS has to offer.
Here's an useful review to which I agree 100%

Thank you Devs, really looking forward to it!
Eric's tracks are way better than most of the real ones, keep on!
where to race ??
Find post in thread
Wed, 15 Jul 2020 10:49
sermilan

FOX junkies, although it's not populated often. But if you start going, surely some will join too.

You can also check here https://www.lfs.net/leagues for events that are going on and there's almost everyday action.
LFS in the news
Find post in thread
Fri, 8 May 2020 17:55
sermilan

You don't have to go for a 1.000 EUR comp if you want it primarily for LFS, as it is now, I don't know what will be required when the upgrade comes (and it'll not come that quickly).

Most GPUs that are 10 years old now, have HDMI, so no worries about it.

So, if you are on a really tight budget at the moment and just want to play LFS, go for something like this and start saving money for when the upgrade comes.
im a new here
Find post in thread
Tue, 28 Apr 2020 10:51
sermilan

Well, I have to apologize to you... all the time I thought we were talking about AS6 race, but it was actually KY2r. Sorry, you were right!

So sorry to hear that, mate

No, you wouldn't. I left you enough room on the racing line. 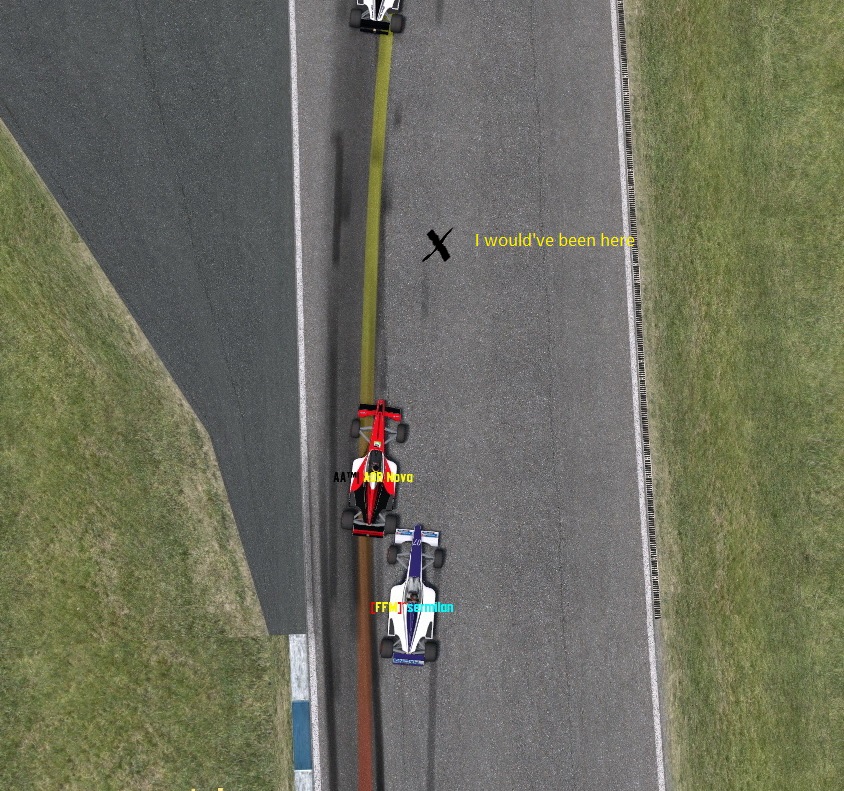 The line you took in the moment of contact wasn't your usual racing line. This was: 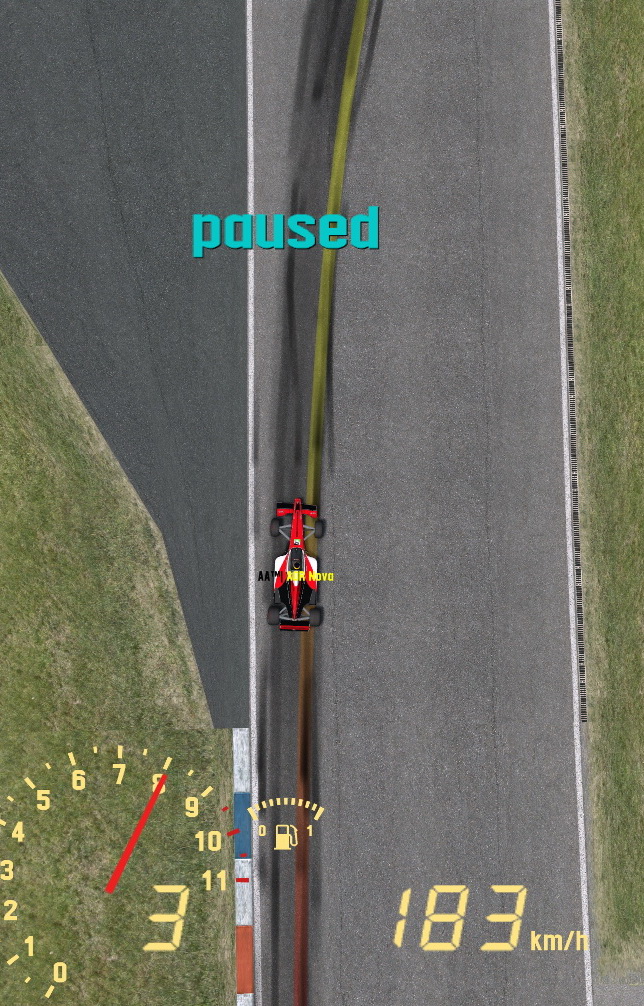 Your usual racing line here was almost having right wheels going over the virtual racing line, so there would've been more than enough space for you.


What happened there was you didn't expect me to make the move and it was your instinctive reaction to try to block it without thinking, when it was already too late for that.

We all make mistakes and I sure have had a few hundreds of them so far. That happened in a fraction of a second, we don't have all the time in the world to stop and think about the best possible outcome, we just react the best we can.

The incident itself didn't make me mad, just disappointed. But what made me mad was you trying to pin it on me. And the more you try to justify yourself, the more you dig your own hole

. It was just a matter of a moment, just accept it as it is and move on.

What should've happen there was you letting me pass, then my exit of the corner would've been all messed up because of the wrong entry line and that would've been your chance to try to re-pass me.

Thanks for apologizing, I appreciate it!

As far as I am concerned, that's the end of thinking about that incident. 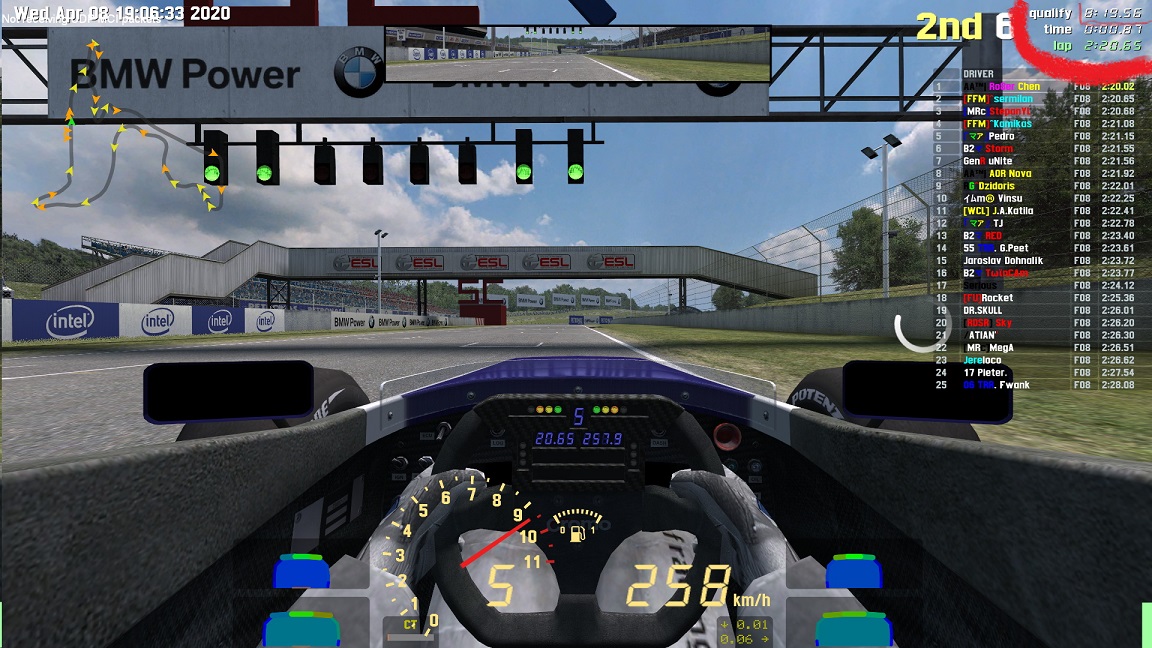 Are you sure you're checking the right replay? There's UTC time stamp on the top left corner, compare what I am looking at with what you are looking at.
Born To Race . Drive To Survive League Formula \8/
Find post in thread
Sat, 11 Apr 2020 10:25
sermilan 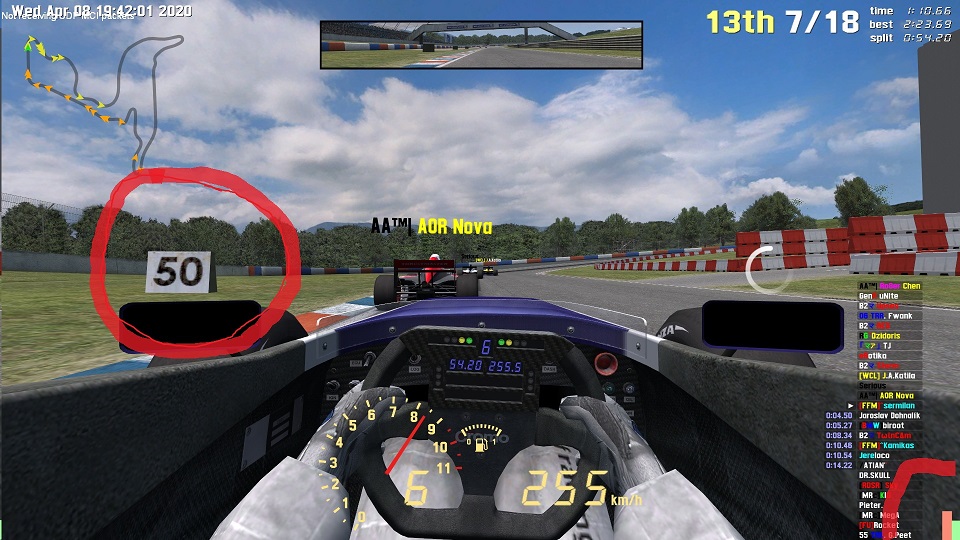 I braked where my braking point was, more or less, throughout the whole race.

I didn't want to point out the incident, after the race, but now, since you've accused me, I will.

That crash was SOLELY your fault, because you moved to the right when both of us were already braking, when I was already committed to pass you. That was a cheeky move.

I did use R3 both for quali and race, check again.
GTR Challenge possible future event on weekends
Find post in thread
Tue, 10 Mar 2020 00:01
sermilan

Sunday nights suits me, will be there often if you pick that time.
Logitech Momo help needed
Find post in thread
Fri, 6 Dec 2019 23:31
sermilan

Go to window mode in LFS (SHIFT+F4) and then go back to full screen mode (SHIFT+F4 again).
I've had this bug with MOMO and I still have it with G25. The above resolves the problem of FF feeling weird (unrealistic) and feeling too hard.

Losing center, especially when moving the wheel rapidly, usually means your optical sensor got dirty. Open the wheel and clean it gently with soft cotton cloth.
Hello To All
Find post in thread
Thu, 22 Aug 2019 21:29
sermilan

Well... I've been driving for years, FOX is my most used car, but I've never enjoyed it driving at Rockingham

It was an anti virus related issue... for anyone who stumbles upon this problem in the future.
Solved now, just put the whole LFS folder to exception list.
I want to buy lfs
Find post in thread
Fri, 7 Jun 2019 21:43
sermilan

Don't get us wrong... if you are of a good heart, you will surely be welcomed here

But we've been fooled here many times, or tried to be fooled, so that's why we are more careful now.

I don't think it's a scam... scamers are going for the money, this guy just wants S1 license (which he cannot resell easily, because of lack of demand and generally low price)... I think he just wants S1, so help him in advices on how to buy it.

On the other hand though... his statistics show that all he has driven online is todays 34 km, so....

I erased it from my uploads, immediately after finding out he was gone. Not gonna be bothered with revenge or whatever.
Can someone upload this skin and make it so anyone can use it?
Find post in thread
Tue, 4 Jun 2019 20:28
sermilan

He asked if someone could upload an XFG skin for him. I did it, 'cause why not... nothing illegal, an XFG skin. He wanted to have fun, so there you go.

His second post was, without thanking me or whatsoever, like "now I need this one to be uploaded"... I ignored him and when I came back, he already erased all his posts, leaving just mine to stand there... well, like that.

In conclusion: he should've been beaten much more by his parents.
Can someone upload this skin and make it so anyone can use it?
Find post in thread
Mon, 3 Jun 2019 22:34
sermilan