S3 licensed
But you already printed out the kick`ees username? Do you want to find the user's screen name and not their user name?

As Bose points out, this is probably not a very good solution as any user with a name that contains a space in it would either break everything or cause something else funny. You would be much better off searching your connection list for an exact match that the kick-command contains. If you have ever heard of pattern matching or regular expressions, this would be the place to employ them.

How about the admin-side of things? Do you want to specifically limit your admin to use usernames and not screen names? How about the following: When a kick command comes in
Insim.Net - Car Contact | Local application
Find post in thread
Tue, 1 Dec 2015 17:37
hyntty

S3 licensed
Aside from coding isn't there also a practical issue to this: You can't rely on the IS_CON info for an accurate description of who hit whom. The game has no way of knowing who actually caused the collision. Unless you just want ~50% accuracy or are doing this for 'teh lulz' why would you actually need this in the first place?
Can we have a native Linux version? Please?
Find post in thread
Wed, 22 Jul 2015 11:30
hyntty

S3 licensed
I simply took a real life example that makes me cringe. Perhaps instead of 'average windows user' a non computer savvy person? Also file transfer can be surprisingly difficult in certain situations - for example if you are in a corporate network with a lot of workstations and user accounts. I'm not even sure how it would be done in a Windows network, perhaps some Windows network admin could tell the most efficient way. But I digress.

There's nothing wrong with how Windows works, just that I would not want to work that way. Now I use primarily a Linux desktop at work. I would use Linux at home too but I cannot be bothered to dual boot and occasionally I play games so Windows 7 is pretty decent. I don't think I have a single script to run daily. I mainly don't do anything I wouldn't be able to do on Windows but it sure makes my life easier. I'm not fluent in Regex - something I need to improve - but it's not too hard in my opinion to pick up a manual on the rare occasion. I'm not a network admin either.

So why use Linux? It's not one thing you can put a finger on. Working around/with computers gives you rather unique problems to solve at times, and for that problem solving Linux is a fantastic OS because you have a programmable shell to use. For example, if you have a lot of source code in several folders and say you are working on refactoring it. Let's say I want to look into each of the many files and individually search them to see if they reference a particular object. And if they do let's say I want to move or copy them somewhere else. Or look into the version history of these files. Or maybe I'm on my way to a code review and want to print these particular files. I'm not convinced you could do any of that on Windows and even if you could do one thing you wouldn't be able to modify the command as versatilely.

I'm not justifying anything by saying 'you can't copy files over network in Windows' because you can. There's a lot of stuff you can do - but then again there's a lot you can't do, all because Windows does not have the obscure command line tools that pretty much make the use of Linux what it is.

Gary Bernhardt gave an excellent speech about this topic: https://www.youtube.com/watch?v=sCZJblyT_XM

Bernhardt's point is pretty neat: Unix/Linux is a power tool and you need to learn how to use it properly. It gives you a fantastic amount of freedom to do pretty much anything - but the learning curve is pretty steep.

In the past (when computers weren't household appliances) everybody wrote their own programs. Later people would at least compile the programs themselves and had at least a rough idea of what the code actually did. Now we don't anymore. Even if you had the expertise to do this it would be an exhausting exercise because modern software is huge. Additionally, a single vendor (the producer of a particular program) might have used ready made components to avoid reinventing wheels.

So software is modular. A lot of functionality that programs require are in shared libraries (shared objects in Unix-type systems and DLL's in Windows). The problem is who is in charge of the shared libraries? How do you know what a particular library does or doesn't do? What is keeping you from inadvertently installing malware?

S3 licensed
A multitude of reasons. Specifics aren't important though. Broadly speaking if you have to ask why some people use Linux, then Linux is definitely not the operating system for you and you need not worry about it. Enlightened Linux people won't question your choice in Windows (although some might verbosely point out the flaws in it). You shouldn't either.

Secondly, it's hardly a question of either/or. Linux and Windows have not traditionally been in competition, although nowadays gaming might just flip the table. Asking to choose between them is like asking if you would choose a motorcycle over a car: The two are simply not built for the same purpose and co-exist on the roads in harmony.

It may be difficult to understand what truly is so different in the way the operating systems work so I'll give a simple example: Windows makes some tasks that should be trivial very tedious. Let's say you want to copy a file from a computer to another inside a local network. Not an impossible task to complete but surely difficult as many people would opt to transfer the file in a non-intuitive way such as email, usb-memory, dropbox... This would be the average Windows user. The average Linux user would take about three seconds to use scp, a program included in the operating system to transfer files over the network.

Finally it's also good to remember that it's not just a two horse race between Windows and Linux. Other Unix flavors are available. OSX for one is an excellent choice if you are after a sleek UI but still want all the Unix power under the hood.
LFSCART Series 2014: Round 2 Confirmations
Find post in thread
Sat, 30 Aug 2014 11:26
hyntty

My isp has opted to go more communist than usual and decided that having an internet connection is theft.
LFSCART Series 2014: Signups
Find post in thread
Wed, 30 Jul 2014 13:00
hyntty

S3 licensed
I agree. Also, if there is interest we could hold multiple seasons per year

S3 licensed
What do you mean by doesn't work? Doesn't function or doesn't compile? It's very hard to guess without seeing any code.

Generally you just first bind the button click event to a method:


And it should work


English is in fact a textbook example of a language that doesn't adhere to grammar rules very well. Sure, the rule set is simple but with that comes a whole bunch of exceptions to those rules.

It is also not very elegant either. While you may see it illogical to divide words into masculine and feminine, a person speaking a finno-ugric language like I do has trouble understanding why you need articles in the first place.


Well not really. Nouns aren't actually that bad in Finnish. A noun has only 15 (actually 17 or 18 but 15 are the common, accepted amount) different conjugate forms. Or 30 if you count the plural forms too. Or 6*30 if you take into account possessive forms (okay this is splitting hairs but all conjugates do add up!).

I like verbs more. Verbs control the flow of a sentence. A punchy verb is always better than a lame noun. Also, in Finnish one verb can actually form a sentence all by itself.

So verbs: Finns conjugate their verbs too, one form for each of the six pronouns. Then verbs also have four modal forms and four temporal. Notice how it only has four grammatical tenses as opposed to five in German or English. It's already much simpler!

S3 licensed
Just seeing a couple of lines of code that really do not have that much to do with each other one can only guess... I take it that you are using some ready-made base? Perhaps you should tell us what it is, then people who know how that particular program code works can help you more

The "Index and length must refer to a location within the string" error means that you are trying to parse a substring out of a longer string but the substring's start and/or end indexes are out of bounds. An example would be to for example try and get the first four letters of the word "egg" - that's not going to work for obvious reasons.

I would start looking for string parsing action in GetUserTotalBankCash as that is the line that causes the error and check that it parses strings correctly.
.NET - InSim.NET - InSim library
Find post in thread
Fri, 12 Jul 2013 08:02
hyntty

I was messing around with insim.NET trying to keep track of connections (as you often would)


This works well as it should. However, what am I to do when a player renames himself?


This won't work as all properties in the IS_NCN class only have getters and no setters. What I'm most baffled about is that there is a property that does have a setter, the UCID. Why would you even want to be able change that if all the other properties are read-only?
Post Your Face:)
Find post in thread
Fri, 28 Jun 2013 14:57
hyntty

S3 licensed
I have a full size photo of myself laminated onto some cardboard in our office, yes. So?
Post Your Face:)
Find post in thread
Wed, 26 Jun 2013 18:36
hyntty

Must bring shit down to earth

S3 licensed
Why not just use the new-keyword to create more fish?

S3 licensed
Incidentally, the error details give a hint

S3 licensed
I can't because the thing crashes immediately when trying to run.

I highly doubt the problems are caused by virtualization. Surely you aren't going that low down to machine code... are you?
Steering wheel app for android
Find post in thread
Wed, 24 Apr 2013 11:08
hyntty

S3 licensed
Tried running this on my Win8 and subsequnetly on a (virtual) 32 bit XP - neither works.

S3 licensed
Don't you people have like jobs to attend to instead of biggering about pictures on the internet in the middle of the day?
Dutch Universities of Applied Sciences
Find post in thread
Thu, 28 Mar 2013 21:46
hyntty 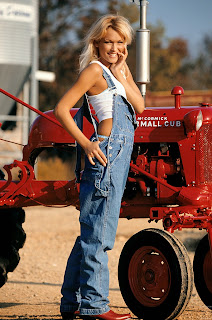 S3 licensed
There's two sides to this: Do you want to use more tech to supplement the co-driver or replace the co-driver with some computers?

Rally cars already have a considerable amount of kit. The co-driver already works the timing displays etc. by pressing pedals with their feet, partly because their hands are busy and partly because the controls are quite heavy and need to be placed there.

If you are thinking of removing the co-driver altogether, well sure why not. In fact if you could remove the driver too that would be ideal for engineers... But it's not a sport anymore if you do that.
Artificial Intelligence in Racing Simulations Project
Find post in thread
Tue, 12 Mar 2013 19:25
hyntty