0.6U
The online racing simulator
LFSHomeLFSWorldLFSManual
Create accountLog in
ForumUser profiles
Searching in All forums
(70 results)
1
23
NEW VERSION IS COMING !!!! [no, it is not coming soon]
Find post in thread
Thu, 14 May 2020 22:07
JSHuiting

I agree, it's why PC2 is so frustrating to me, the physics are all over the place, but the eye candy and the car line-up are both unrivaled and i guess that is it's apeal to most people.
iRacing and AC come close to LFS though, but even those just don't have that real tyre feel.

If only LFS came close content wise it would be the perfect sim for me as i do like some variation myself, especially excisting classes like the LMP and GT3 are what i'm missing, but to each their own.
I have a doubt
Find post in thread
Fri, 13 Mar 2020 22:25
JSHuiting

I think the serious lack of advertisements and perhaps content is not reaching and turning new players away.
When you recomend LFS to new sim racers on Reddit for example you get basically laughed at, only the oldtimers seem to apreciate it and that basically boils down to nostalgia.

And i can kinda see why, as only the physics really stand out compared to the competition. Theres absolutely nothing that comes close to LFS's tyre-to-road feel, but some even find that to be debatable.

I truely believe that if the devs want to reach new players they need to turn LFS into a reboot a'la rFactor 2, PC2, Automobilista 2 etc, just to get rid of the stigma that it's just an old game.
October Progress Report
Find post in thread
Mon, 4 Nov 2019 21:03
JSHuiting

Exactly, that and just because some people have it worse doesn't mean you can't question your own system or problems. There's always room for improvement, everywhere.
October Progress Report
Find post in thread
Mon, 4 Nov 2019 18:27
JSHuiting

This must be one of the best things i've read this year, and i must say i agree 100%, i've lost friends who were totally obsessed with money, which is in my opinion one of the dumbest ways to live your life.
Not to mention that most people like to judge others by the amount of money they have, or where they spend it on, the whole thing just causes unnecesary stress to everyone involved.

And it can come from unexpected sources too, i was sick for quite a long time and even now when i'm finally able to work again after many months my parents are still arguing that i should try to get a better paid job.
Eventhough i'm quite content with where i am atm, doing MOT's in a workshop closeby, especially considering my previous situation.

It's really no wonder that there are so many depressed people out there these days.
July Progress Report
Find post in thread
Mon, 21 Oct 2019 22:32
JSHuiting

Hard to believe that the Scirroco sits right between Team Fortress 2 and Duke Nukem Forever now in terms of development time.

I still remember the excitement as if it was yesterday.
July Progress Report
Find post in thread
Thu, 17 Oct 2019 20:27
JSHuiting

I was wondering, is there a complete list of things planned to be added to LFS in the future? Things that are being worked on, and what's planned?

I keep reading about so many things here that's it's easy to forget half of it.
Scam: Pilling Motor Group
Find post in thread
Thu, 19 Sep 2019 19:06
JSHuiting

So that truely is it? You order a car online, and they don't deliver?
And people fall for that?

I thought it was way more refined, won't surprise me if we'll see a Kassa episode about it soon too.

Exactly the same script, what a strange scam indeed.. but how would this József Vass even make a profit from it all?
Does pmgroup act like it sells cars online, but then never delivers them or something? Really confusing.

Are there any good tweaks left for LFS 0.6U?

Why not start of by saying something senseful too then, like how drag racers should get their own leaderboards or something, instead of starting of by wanting something to just be deleted..
I agree though that drag racing in LFS could have been a bit more then it is right now, but then again not many people are interested in it anyway so why bother. It's a niche, especially in the sim racer community.

Also since tuning is quite limited in LFS, or at least for drag oriented cars, would drag racing even work? Most cars are identical and reaction times can only be improved so much anyway.
Remove runway AU3,4
Find post in thread
Sat, 27 Jul 2019 12:32
JSHuiting

"i don't enjoy this, delete it"

Yeah perhaps it shouldn't be right in your face when starting the game, but it could be a little bit more inviting then it is right now, a bit like a Discord server combined with the functions of LFSWorld that you're automatically part of, unless you don't want to ofc.

It would bring LFS players closer to eachother, and perhaps could contribute to more casual S1 and S2 racing servers, i'm sure there are allot of other licenced players who want to drive something else besides XFG XRG and FBM on airio servers all of the time, but contacting other players on the forum just for a casual 3 lap S1 race is really cumbersome, especially when you consider in time zones and what not.

Seeing who is online and who wants to race what class would be perfect.
Multiplayer lobby chat aka Meeting Room
Find post in thread
Wed, 19 Jun 2019 00:03
JSHuiting

How? It's just a chatroom, nobody sees what you're doing unless you type something in it.
Multiplayer lobby chat aka Meeting Room
Find post in thread
Tue, 18 Jun 2019 11:50
JSHuiting

That would be great, but perhaps have it open as soon as you start the game, in like a small sub menu.
With a option to disable it ofc.

Would bring allot of players closer to multiplayer, myself included.
Airless tyres in Live for Speed
Find post in thread
Sun, 9 Jun 2019 14:27
JSHuiting

They will probably be closed up with regular sidewalls later on.

Also does this mean tires will have less side-flex in the future? Or will they just shatter under extreme sideway loads when racing?

You also shouldn't forget that people get older get a job, get married, and lose their precious free time and spend it on perhaps the more important things in life.

The few 'mature' die hard racers that are still here are highly in the minority compared to the kids, who just want to drift and cruise and probably don't even have the patience to learn how to have a proper race.
Every time i play on a GTi Blackwood server, which are the only active races as far as i can find, i see the same names dominating the grid, and some new players who give it a shot, and leave shortly after.

Also i wouldn't say that the content gets stale, we are still getting a graphics update, a physics update, and perhaps even some new cars or updated cars in the long run which is everything a sim racer could want anyway. But there is nothing about LFS that reels new players in, especially not since the sim racing market is so saturated, Project Cars, rFactor, Asetto Corsa, GTSport, iRacing and even F1 are getting way more exposure.

The only reason i stick to LFS myself and play it from time to time also has nothing to do with the graphics or content anyway, but just the physics. Which is a really niche feature which not many people really care about, and the people who do care are the people who already play the game, and are active on this forum, or so i imagine.
VW sirroco with new graphic update
Find post in thread
Fri, 18 Jan 2019 01:39
JSHuiting

Exactly, it doesn't even fit in unless they added some comparable cars aswell.
Like a Honda Civic, Renault Twingo, etc.

Getting excited over one car seems kinda ridiculous to me, it's about racing, not about ogeling over just a random, mediocre car.
VW sirroco with new graphic update
Find post in thread
Fri, 18 Jan 2019 00:50
JSHuiting

Does anyone even still want the Scirroco?
Like are we all just fooling ourselves? Or has it become a joke?

I've driven it a few times back in Forza 3 and it's okay i guess, but nothing to really be excited about.

I did not know that, what a shame.
Graphics Progress Report: Autocross
Find post in thread
Mon, 31 Dec 2018 13:58
JSHuiting

Yeah i'm sure the 3 devs that make this game can come up with a open world map in no time, just to please the 1% that play LFS as a drift and police chase simulator.. /s
Graphics Progress Report: Autocross
Find post in thread
Thu, 20 Dec 2018 19:11
JSHuiting

Looks to me like it was just a planned circuit that was scrapped, only to be revived later on for Westhill.
The basic layout is really similiar. 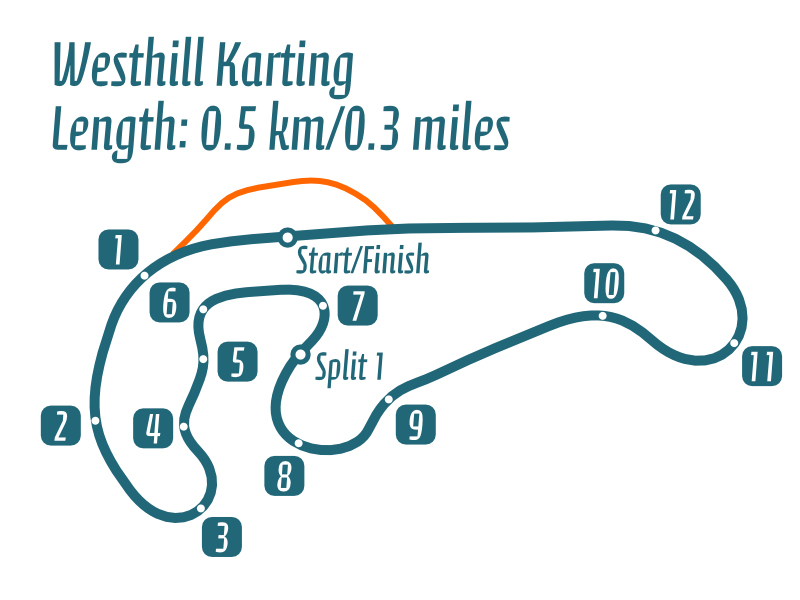